Marlon Dingle (played by Mark Charnock) was a broken man during tonight’s instalment of Emmerdale after he was charged with murdering Graham Foster (Andrew Scarborough). But when the police detectives produced their evidence against Marlon, it is only a matter of time before the real killer – Pierce Harris is found and charged. In the meantime, what is he going to get up to in the village?

In scenes which aired this evening, ITV viewers saw Marlon interrogated by two police detectives, and he remained adamant he had nothing to do with Graham’s death.

However, it seemed the evidence they had gathered suggested otherwise.

The police officer said: “The lab results confirm the blood on the torch is Mr Foster’s, which means it was the murder weapon.

“They also found fingerprints that match yours, not to mention the fingerprints found in the 4×4 which hit Mr Foster – both yours.” 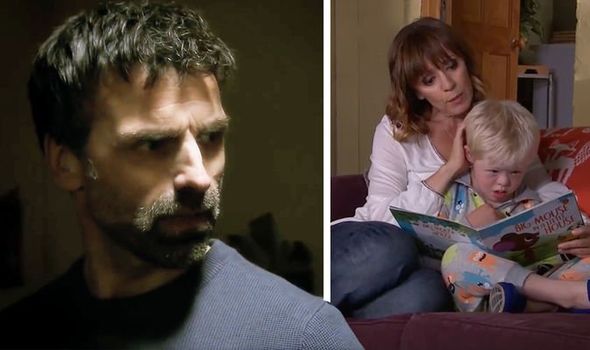 Marlon begged: “I didn’t hide anything, I don’t know how it got there.”

“You arranged to meet Mr Foster – Rhona Goskirk texted you to confirm he was on his way and asked you to stay calm,” the police officer continued.

“CCTV shows you both going into the woods at a short space of time but only one of you came out.”

“That doesn’t prove anything,” Marlon argued but they continued: “You had both motive and means.” 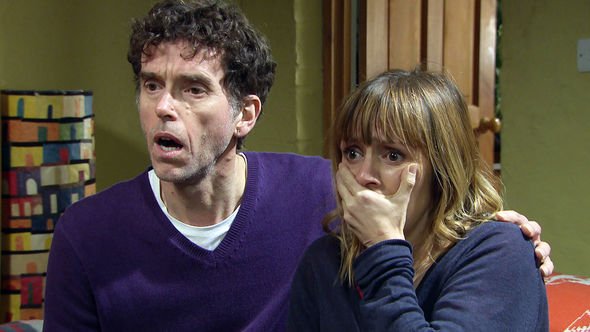 “I swear on my kids lives,” he remarked but this wasn’t enough and he was read his rights.

While Marlon is currently sitting tight in a police cell, Pierce is still out there on the run.

Official soap spoilers have revealed how he will make a visit to Home Farm next week, but what if he decides to go further into the village and pay Rhona (Zoe Henry) a visit?

After all, he claimed he killed Graham in a bid to “save Rhona”, is the former vet and her son in danger from her abusive ex-husband? 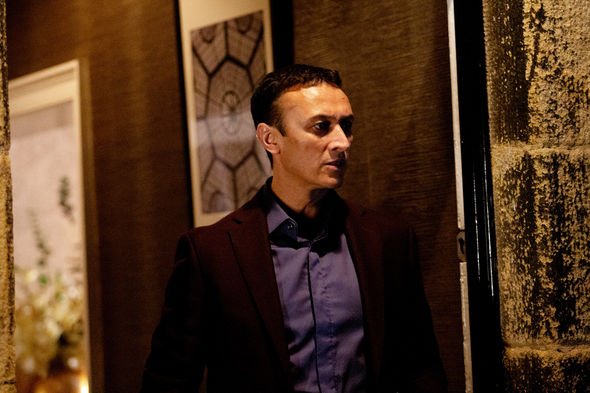 Not wanting to scare her off, there is a possibility Pierce could break into Rhona’s cottage and kidnap her and Marlon’s son Leo.

In an attempt to lure her away from the village to a neutral zone, will Rhona find herself coming face to face with Pierce when she hunts for her missing son?

In the meantime, there is a chance the police may have reviewed the CCTV footage they are using against Marlon and find another hooded figure – could this be Pierce?

As for Marlon’s fate in this mess, viewers know he had nothing to do with Graham meeting his grisly end.

He is the first person to be arrested in connection with the murder, will the other suspects also find themselves in handcuffs?

It comes after Jai Sharma (Chris Bisson) found himself unable to remember the events of the night he punched both Graham and Jimmy King (Nick Miles).

In scenes which viewers saw tonight, he confessed to not being able to recall what happened that evening, worrying he might have been capable of killing Graham.

END_OF_DOCUMENT_TOKEN_TO_BE_REPLACED

END_OF_DOCUMENT_TOKEN_TO_BE_REPLACED
Recent Posts
We and our partners use cookies on this site to improve our service, perform analytics, personalize advertising, measure advertising performance, and remember website preferences.Ok