Rodney Blackstock (played by Patrick Mower) has been living in Emmerdale since 2000, but in recent years, he has been seen less and less on screen. However, there is a chance he could be front and centre of a new storyline involving Bob Hope (Tony Audenshaw) and Wendy Posner (Susan Cookson) in upcoming weeks, with viewers tuning in to see the Lothario at work once more.

Son to circus travellers, Rodney has lived a colourful life, having met Diane Sugden (Elizabeth Estensen) back in 1965 at a fairground when she was 18 and he was 16 years old.

They married a year later and then together they had Bernice Blackstock (Samantha Giles) together in 1968.

When Bernice was five years old, Rodney left her and Diane without sending so much as a postcard.

Unbeknownst to Diane, Rodney had been having an affair with her sister Val Pollard (Charlie Hardwick) during their marriage which resulted in the birth of his son Paul (Matthew Bose) in August 1974. 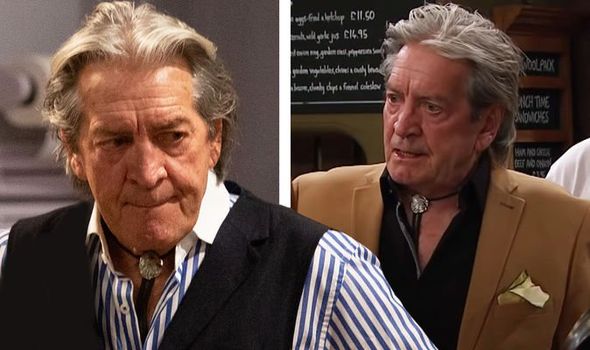 Rodney then went on to marry a woman named Maureen (Joanna Monro) with whom he had his third child, Nicola Blackstock (Nicola Wheeler) with.

Since his arrival in the Dales, Rodney has dated a string of women, and even had a go at being an escort in 2013.

And it seems the next woman he has his eyes on is Wendy.

But what does this mean for his friend Bob? 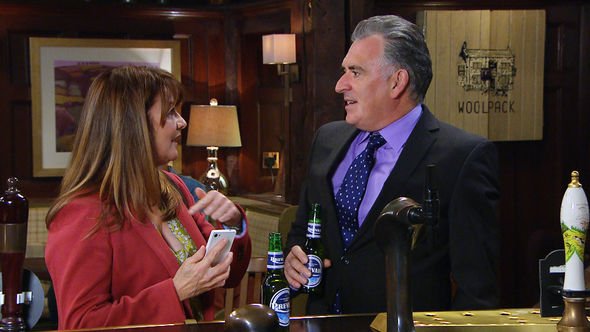 Earlier this month, Bob and Wendy finally sat down with one another and communicated properly.

After a huge misunderstanding which saw Wendy write a love letter to Bob, which accidentally ended up in Rishi Sharma’s (Bhasker Patel) hand, the couple finally admitted their feelings.

In upcoming scenes, they are set to go on their first official date but it seems Rodney could hinder it.

Images from filming show Wendy and Bob in the Woolpack dressed smartly for the occasion. 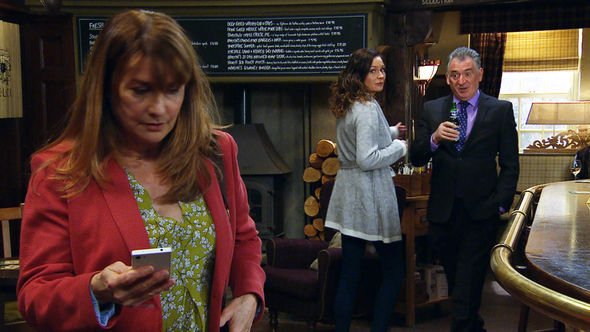 Bob however is left worried by Wendy’s behaviour; she is constantly distracted by her phone and he believes she is exchanging messages with Rodney.

Chas Dingle (Lucy Pargeter) who runs the pub and is Bob’s boss, offers some advice to the barman.

She encourages him to apply for a dating site and set up a profile in order to keep all his options open.

Will Bob beat Wendy at her own game or has he made a big mistake?

As for Wendy and Rodney, should the nurse find out Bob is dating other women, there is a possibility she will give Rodney a chance.

But this could just be an interim romance for Wendy until she and Bob commit to one another.

With Rodney having a tendency to fall in love quickly, could he end up leaving the village after such embarrassment?

Emmerdale airs Monday and Wednesdays at 7pm on ITV.

END_OF_DOCUMENT_TOKEN_TO_BE_REPLACED

END_OF_DOCUMENT_TOKEN_TO_BE_REPLACED
Recent Posts
We and our partners use cookies on this site to improve our service, perform analytics, personalize advertising, measure advertising performance, and remember website preferences.Ok