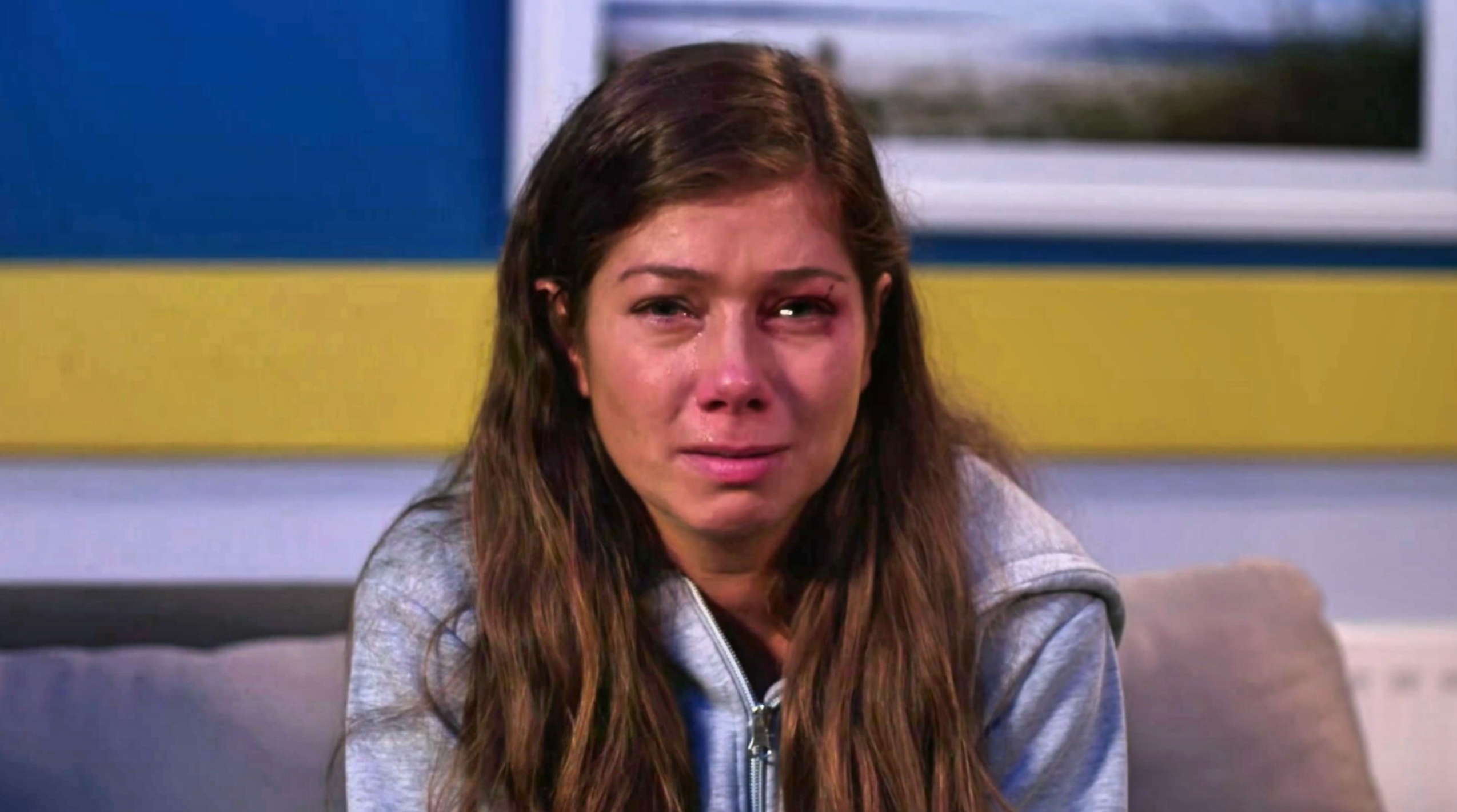 Hollyoaks has aired powerful scenes for Maxine Minniver (Nikki Sanderson), who was attacked on the way home from a night out, as she realised that what happened was not her fault.

Maxine was kicked out of a club in Liverpool and forced to make her way home in the dark, where she was subsequently attacked by a man who followed her back to the eponymous village.

The storyline, which was the subject of this particular episode of the Channel 4 soap entitled The Long Walk Home, explores the subject of women’s safety on a night out and how it differs in comparison to men’s.

The outing, which aired on Monday (November 7), picked up from where the previous episode left off, as Maxine begged the bouncer at the club to let her back in.

Her efforts proved fruitless, and thus she set off home.

After being cat-called and name-called by a group of men, Maxine headed to the taxi rink, but the driver was particularly unhelpful. A group of girls offered her the chance to share her taxi with them, but Max revealed she was heading to Chester, and thus resolved to find a way back to Hollyoaks.

She made it the bus stop, and upon getting onto the bus, she decided to sit on the upper deck, after a group of men were causing a scene on the lower one.

A man, however, sat close too her, which left Maxine unsettled, and when he proceeded to make unfriendly comments, she was noticeably uncomfortable.

The bus stopped at Chester, and Maxine got off and headed home, unaware that another man was following her from behind. She made the discovery soon afterwards and picked up the pace, fearing for the life, but the man gave chase and brutally attacked her.

Maxine managed to hit the attacker and get herself to safety, and subsequent scenes saw her report the assault to the police, where Zoe Anderson (Garcia Brown) listened as she took her statement.

Maxine was quick to blame herself as she re-evaluated her choices on the night, claiming that she shouldn’t have worn the clothes that she did, and that she should have worn her hair down instead of in a ponytail, but Zoe jumped in, reiterating that this was not her fault.

It was the man’s fault. The attacker’s fault.

‘I don’t want to tell women to be careful’, said Zoe in powerful scenes. ‘I want to tell men to stop raping us.’

The detective soon received a call notifying her that the attacker had been caught, which left Maxine relieved – glad that she had stopped him from assaulting another woman.

Zoe then asked Max what she would say to another woman who had been attacked by the man.

The realisation then dawned on Max.

‘It’s not your fault’, she replied, and the words sunk in, as she came to realise that she was not to blame for what transpired on this night.

As the episode came to a close, an emotional version of Cyndi Lauper’s Girls Just Want To Have Fun sounded, as Maxine hugged best friends Verity Hutchinson (Eva O’Hara), Theresa McQueen (Jorgie Porter) and Zoe, breaking down in tears.

‘I think it’s incredibly important that Hollyoaks have created such a fantastic storyline regarding the issue of women’s safety,’ actress Nikki Sanderson told Metro.co.uk, discussing the episode.

‘It’s such a huge ongoing problem that we face and we’re hearing about it, very sadly, on a daily basis.

‘I think it’s fantastic that Hollyoaks are highlighting the issue in the hopes that everyone can come together as a team to move forward and eradicate the problem completely.’

Hollyoaks continues Tuesday November 8 at 7pm on E4, or stream the next episode from midnight on All4.