Escape to the Country presenter stunned by buyers final choice ‘You’ve surprised me!’

Escape to the Country: Couple surprised by low cost of property

Escape to the Country presenter Ginny Buckley was in Wiltshire today, helping Stephanie and Ollie find their dream home. The couple were “looking for a complete change in pace” wanting to make the move from the suburbs of London to the rural countryside, with enough space to house their five guinea pigs. With a budget of £600,000 they wanted a light and spacious home, which had two bedrooms, as well as an office and studio. They were also looking for enough land so they could have a few goats, as well as a garage to house Ollie’s classic car.

The tour of Wiltshire kicked off in the middle of the county as property number one was in the village of Easterton.

It was a 1920s chalet bungalow with “the most amazing views over Salisbury plain”.

Inside, there were three reception rooms and a large country kitchen and upstairs offered three big bedrooms.

Outside, there was “well-established gardens to the front and side”, there was also a summerhouse and a workshop.

As for how much it was, it was on the market for £550,000 and Ginny said: “You would definitely have money left in the budget to build a garage and there might be some options to lease some land if you were after some more [land].” 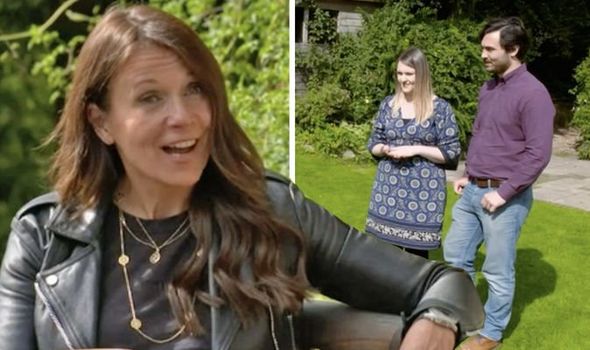 For their second stop, the show made their way across the border into Oxfordshire, to see a house in the village of Sparsholt, to see “a gorgeous home” Ginny thought was “worth travelling the extra mile for”.

The property was a 16th century thatched cottage which was grade II listed and it was originally two cottages but was united into one in the 1970s,

“I’m sensing you’re not as convinced on this one,” Ginny said to Stephanie and she explained: “It’s not quite me. I think it’s just mainly how low the ceilings are.”

Ginny was hoping the characterful kitchen would win Stephanie over but she remained “unconvinced”.

The couple then had a look around the rest of the cottage and Ginny told Escape to the Country viewers: “It’s quite interesting, I was listening to them chat as they walk around and I think Stephanie is struggling with the age of this property. But I do think the garden have a lot to offer so I’m keeping my fingers crossed this will win her over.”

But the potential buyers found it difficult to see their plans working with the space. 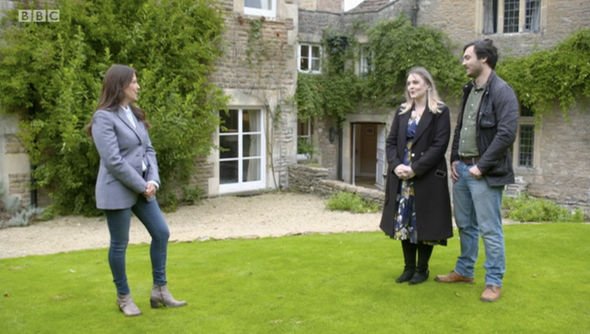 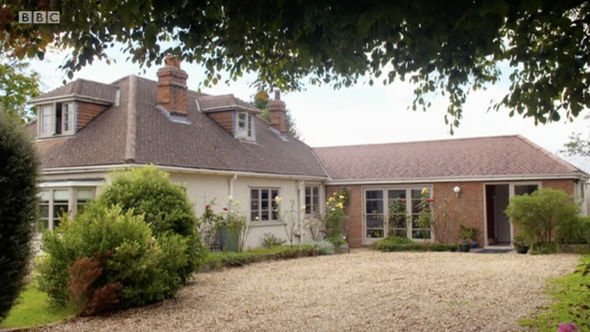 The Mystery House was in the village of Semley, which was situated in an area of outstanding natural beauty.

Ginny was hoping a “fabulous Methodist chapel” which dated back to the 1870s could be the winning property for Stephanie and Ollie.

“I’ve shown quite a few decommissioned churches and chapels on this show,” the presenter said. “And in my experience, they are illicit quite a strong reaction – not always positive.”

“Wow!” Stephanie remarked on first look of the property outside and Ollie added: “It’s different.”

As they headed inside, it wasn’t long before Stephanie and Ollie became animated as to where they would position furniture and how they would use the space. 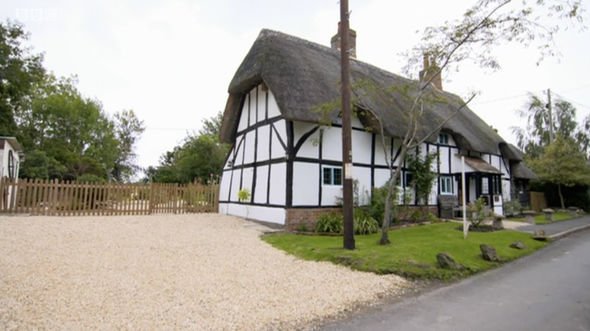 Upstairs were three “good-sized double bedrooms” which featured the stained glass windows which rose upwards from the ground floor.

Outside, while there was a lush lawn next to rolling fields, there wasn’t a garage and the couple felt the space wasn’t suitable for keeping goats.

But Ginny had a solution: “What if I told you, the plot of land you see around the garden, could be available to rent!”

“That changes everything!” Ollie said and Ginny replied: “I think you like this one Ollie!” 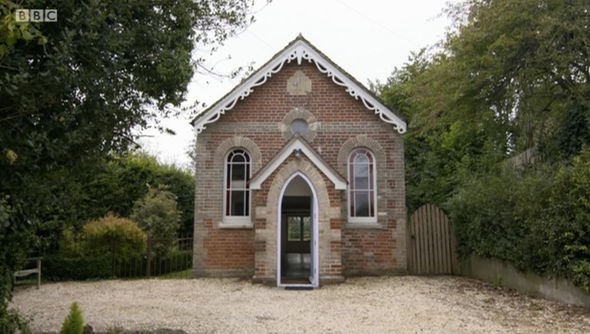 When the couple sat down with Ginny they revealed property number one was their favourite: “Now you’ve surprised me!” The presenter remarked. “I thought the Mystery House – I thought I got you with that!”

“So what’s next then? What’s the plan?” The presenter asked and Stephanie explained: “We’d like to go back and see property one and the Mystery House and property one mainly to measure up the garden and see what we can do with that.”

Escape to the Country airs weekdays at 3pm on BBC One.