Season six of Fear the Walking Dead has been widely considered a return to form for the AMC zombie spin-off. However, fan reactions are in after the latest episode featured the grisly death of a major character, and not all of them are positive.

Morgan Jones (played by Lennie James) returns in the most ambitious instalment of TWD companion Fear the Walking Dead yet.

The series started back in October as Morgan was left for dead by Virginia (Colby Minifie), and the rest of his team were scattered across different settlements.

Promising one of the most sprawling adventures in the Walking Dead universe to date, season six of Fear will comprise thrilling standalone stories for its ensemble cast of characters.

In episode four, The Key, it was the turn of John Dorie (Garret Dillahunt), a lone former police officer who investigates a mysterious death. 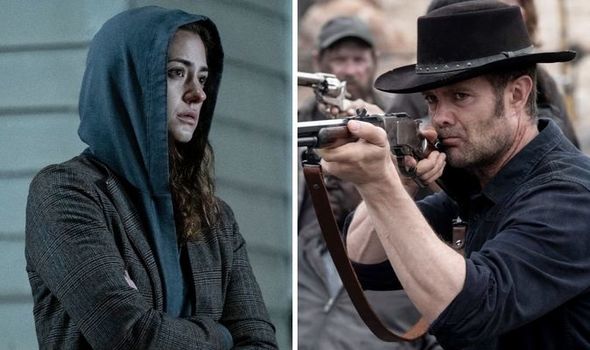 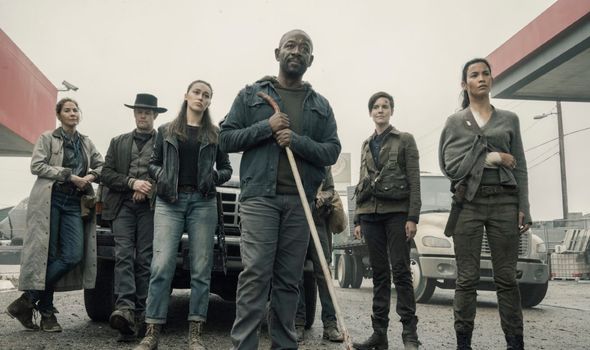 When he stumbles across the body of Cameron (Noah Kyle) being eaten by walkers, the plot thickens when he discovers a missing earring.

Dorie soon realises Cameron was having a secret affair with Janis (Holly Curran), who fled and shared her lover’s fate rather than enduring her punishment at the hands of the Rangers.

Scheduled for execution, John approached the jail to bust her out only to find Janis had been eviscerated and turned into a walker.

Even with TWD’s reputation for challenging squeamish viewers with scenes of extreme violence, some pockets of the audience felt Janis’ death pushed things too far. 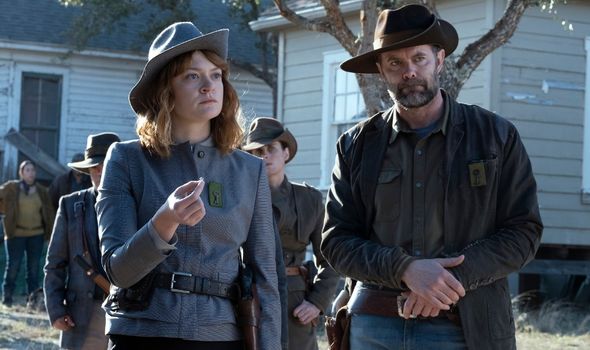 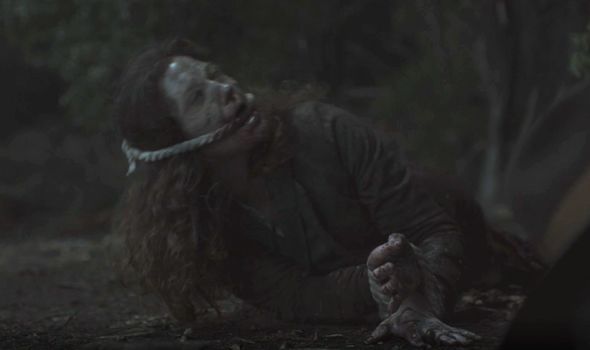 Fans of the series took to social media to praise the latest episode, as well as pay their respects amid the untimely death of a character whose potential was cut way too short.

Over on Reddit, TWD enthusiasts all seemed to agree John Dorie was the star of the show this week.

One fan wrote: “What a great episode. I love Garret Dillahunt and the John Dorie character.

“The show seemed unsure of what to do with him outside of Seasons 4A and 5A, but this episode continues season six by letting these actors and characters shine.”

TWD’s first companion series took a perceived dip in quality after its first couple of seasons, but most agree showrunners Andrew Chambliss and Ian B. Goldberg have turned things around in season six.

Unfortunately, returning the series to the Walking Dead’s former glory calls for gruesome zombie action and some unexpected deaths.

One message read: “I’m so sad for Janis’s death. I hoped she would’ve lasted longer but the story and her heroic sacrifice for John were so good!”

“But, in my opinion she faced maybe the worst death ever as she was left to die without any possibility to fight back, and got ripped alive.”

However, as Janis hasn’t played a major part in the series for some time, other viewers were struggling to feel any sympathy.

Another fan added: “I totally forgot about Janis, so I didn’t have any attachment to her. Still don’t remember her to be honest.”

Hopefully Janis’ grisly demise isn’t a sign of more to come when Fear the Walking Dead returns with episode five this Sunday.

This article contains affiliate links, we may receive a commission on any sales we generate from it. Learn more

END_OF_DOCUMENT_TOKEN_TO_BE_REPLACED

END_OF_DOCUMENT_TOKEN_TO_BE_REPLACED
Recent Posts
We and our partners use cookies on this site to improve our service, perform analytics, personalize advertising, measure advertising performance, and remember website preferences.Ok