'Final Destination' Creator on Fighting for Representation in Horror

Best known for creating the Final Destination film franchise, Jeffrey Reddick has been a staple of the horror genre for the past 20 years, writing screenplays for the Day of the Dead remake as well as Dead Awake and The Final Wish. Reddick, who just made his feature-length directorial debut with Don’t Look Back, has also spent that time fighting for inclusivity in horror, only to see characters written as Black or queer turned into straight white roles by the time they hit the screen.

“I’ve actually written a lot of characters of different ethnic backgrounds in my scripts and they ended up casting them with white actors and actresses,” Reddick tells ET, adding that it’s an industry default to “automatically envision a white person” in the role unless it specifically says it’s a person of color.

“It’s been something that I’ve been fighting for 20 years, while I’ve been in the business, to try to get more diverse voices and characters onscreen,” he continues. “And usually the people of color get whitewashed and my gay or lesbian characters get de-gayed. It’s been very frustrating as a creative person and as a person of color who’s gay, it’s especially frustrating.”

Despite helping to launch a multimillion-dollar franchise, Reddick couldn’t even get a Black lead into Final Destination 2. “In my treatment, I wrote the character of Kimberly as Black, but when it got to the script stage, that description was removed and they cast a white actress,” he shares. While he says A.J. Cook, who starred in the film, was amazing, he was still hopeful that by writing the role for a Black actress they might consider one for the part. 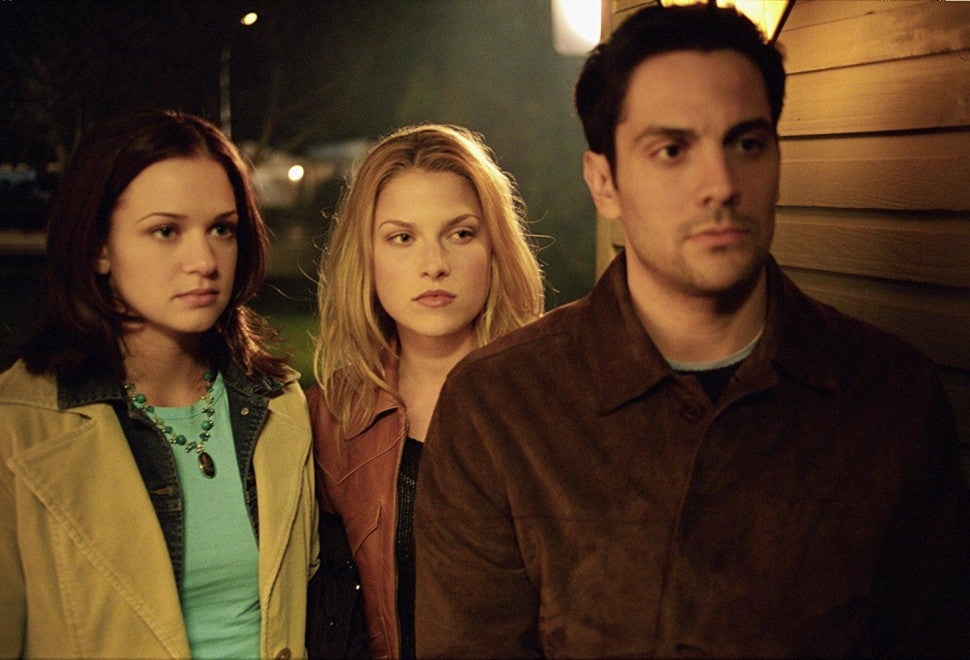 The same goes for LGBTQ characters, which have also been failed by the genre as a whole. Reddick says he’s been working on a slasher film with the second lead being an openly gay role, which even caught the interest of a studio at one point. “He’s a great character, not like a side character or token,” he says. But when it came to casting, the studio insisted on YouTube star Logan Paul. “And then magically his reps didn’t want him playing gay.”

While the project is still looking for financiers, Reddick adds, “Luckily we’re not doing it that way anymore. And he’s going to stay gay, motherf**ker.”

Don’t Look Back, however, was an opportunity to push back against that lack of representation and take full control of the narrative. It comes at a time when Black people and people of color are finally seeing their experiences centered more and more in the genre.

The thriller, which is now available on demand, is loosely inspired by the events surrounding Kitty Genovese, who was at the center of an urban myth about a woman in the 1960s being assaulted in a courtyard in front of several witnesses who failed to stop or report the crime. “That story has always haunted me my whole life,” Reddick says, adding that “society has gotten a lot less empathetic towards other people, especially once the cellphone age started. It just seemed to get worse.”

Because of that, Don’t Look Back transports that story into the modern era, when a woman (Kourtney Bell) is one of several people who see a man being fatally assaulted. This time, instead of just doing nothing, they’re quick to pull out their cell phones and record it. And Reddick examines the consequences of that.

While the filmmaker was able to take control of the execution of his own story, unlike past experiences on Final Destination or Day of the Dead, he was still confronted with challenges on set. “I’ve learned to go a little easier on people who’ve adapted my stuff because there is a vision that you have but then there’s the reality of when you’re shooting,” he says now, adding that because it was shot on an independent budget, “I know what’s important to hold precious and I know what’s important to let go of for the good of shooting and getting the film done.” 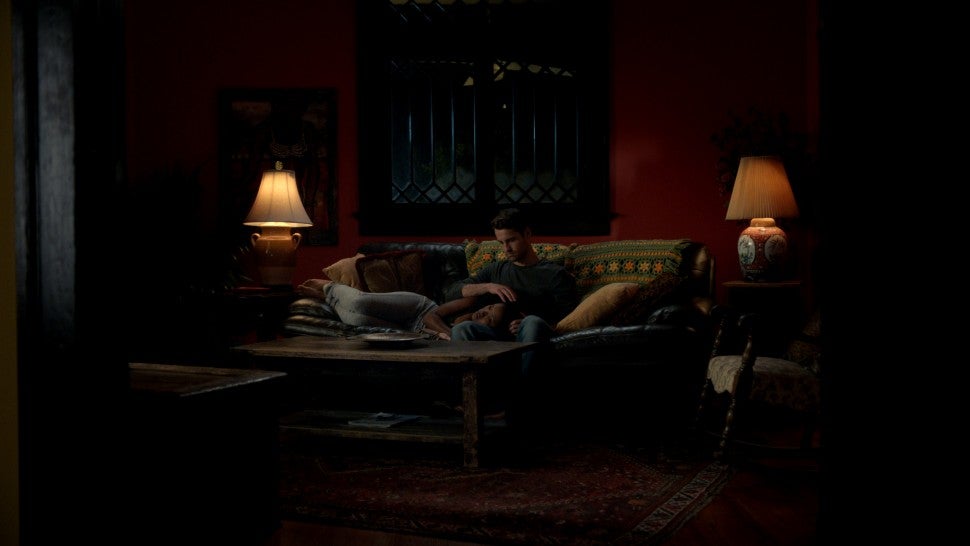 Kourtney Bell in ‘Don’t Look Back.’

Ultimately, Reddick had more creative control on this film because he didn’t have the limitations of a studio dictating major decisions. “I had a lot more creative freedom,” he says, particularly when it came to casting. After years of seeing white women in the lead, he unabashedly cast a rising Black actress. “It’s something that I’ve been trying to do for a long time,” he adds.

“If I had done this with a studio, which we were going to do at one point, our mandate was we had to have an A-list white actress for the lead,” Reddick recalls. “But doing this independently, I was like, ‘You know what? I’m going to find the best actress but I’m going to look into this great pool of talent that is not considered when you’re looking for a lead role.”

When it comes to casting Bell, Reddick couldn’t be more pleased. “I knew that she could carry the film,” he gushes. “I wanted to have that strong female in general but to have a strong person of color or strong Black woman playing the lead was very exciting for me.”

Looking ahead, the filmmaker is also excited to see the genre “finally getting some of the recognition it deserves,” he says. “I’m excited that we are starting to hear stories told from different perspectives, whether it be women or people of color or LGBTQ people or even international people.” All of it, he adds, is bringing “freshness” to the genre.

Don’t Look Back is now in select theaters and available on demand.

END_OF_DOCUMENT_TOKEN_TO_BE_REPLACED

END_OF_DOCUMENT_TOKEN_TO_BE_REPLACED
Recent Posts
We and our partners use cookies on this site to improve our service, perform analytics, personalize advertising, measure advertising performance, and remember website preferences.Ok