From 'Skyfall' to 'Goldfinger,' Here's How to Watch (Almost) Every James Bond Movie Online

Products featured are independently selected by our editorial team and we may earn a commission from purchases made from our links; the retailer may also receive certain auditable data for accounting purposes.

Shake up a martini — Daniel Craig’s back as Bond in No Time to Die, which premieres in theaters on October 8th. The latest James Bond installment was originally scheduled for a March 2020 release, but it was delayed due to the pandemic. Now, the final Craig-starring Bond film is finally out, and expected to reach a huge audience.

Unlike new releases like Black Widow, which premiered simultaneously in theaters and online on Disney+, the Cary Fukunaga-directed No Time to Die isn’t available to stream online just yet. But that doesn’t mean you can’t catch up on the other iconic movies in the Bond franchise. Below, we’ve put together a guide for streaming almost every chapter in the James Bond series.

'If I Can't Have Love, I Want Power:' How to Stream Halsey's Music Film Online

How True Is 'Respect'? Fact-Checking the Aretha Franklin Biopic

So don your tux (or maybe just kick back with the official 007 Champagne on the couch) — you have an important streaming mission ahead of you. 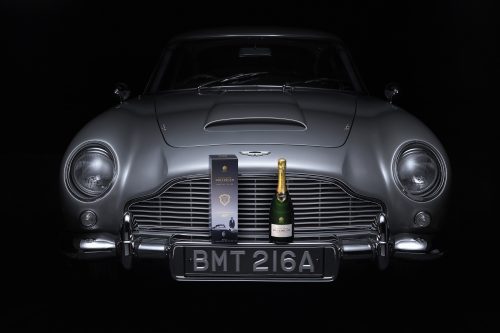 Is No Time to Die Streaming Online?

You can’t stream No Time to Die at home right now. The only place you can see the 25th 007 film is in theaters for the time being. You can check out your local theater showtimes and buy tickets online.

How to Watch Every James Bond Movie Online

Want to start from the beginning? Here are all the Bond films in chronological order, and where you can stream each 007 film online. And, check out our ranking of nearly all of the movies here.

Is James Bond on Hulu? Here’s How to Stream Bond Films for Free

Some of the James Bond movies are streaming on Hulu, but you can’t currently binge through the entire franchise on the service. That said, you can watch many of them for free with a 30-day Hulu trial. Hulu has Dr. No and From Russia With Love starring Sean Connery, to Pierce Brosnan’s GoldenEye and Craig’s Skyfall.

If you don’t want to deal with ads in between all the action, you can upgrade to Hulu (No Ads) for $11.99 per month. This plan also includes a 30-day free trial.

Or, stream some of the Bond films, along with live shows and sports, with a Hulu + Live TV 7-day free trial. You’ll pay $54.99 for the first three months after that.

Is James Bond on Amazon?

You can also streaming James Bond movies on Amazon, as a majority of the Bond titles are available to watch on Prime Video. However, you still have to rent or buy many of them. Pricing starts at $3.99 for rentals that you can stream on any of your devices, from your Roku to your Fire TV Stick.

Don’t have a Prime membership yet? Amazon will give you 30 days to test it out without paying an annual fee, though you’ll still need to pay to rent most of the Bond movies for now.

How to Watch All the James Bond Movies on DVD

This James Bond Collection comes with 24 discs on Blu-ray, and lets you watch the iconic titles without worrying about cancelling your streamer trial. This way, you’ll simply pay for the complete collection one time, and you’re free to pop a disc into your player at any time. 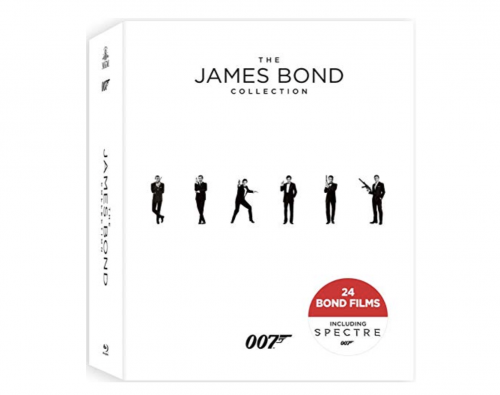 For true Bond fans, you’ll want to also read the books that inspired the films.

Author Ian Fleming published the first Bond novel, Casino Royale, back in 1953. Fourteen Bond works were released overall, and each of them are available to read for free with Kindle Unlimited. Amazon currently offers a 30-day free trial for Kindle Unlimited, and you’ll only pay $9.99 each month after your trial period’s up.

You can also find most of the books available in paperback or hardcover online on Amazon or by ordering through your local bookstore on Bookshop. 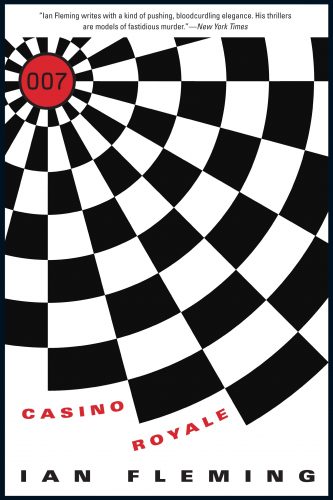