Frozen 2 fan theory: Are Anna and Elsa’s parents ALIVE? Who is the Fire Spirit?

Frozen was released nearly six years ago and took the world by storm. Queen Elsa (Idina Menzel) and her beautiful singing voice left children everywhere singing ‘Let It Go’ for months on end. But there are some theories about what Frozen 2 could be about which will shock fans.

According to the Frozen 2 trailer, the story will take Elsa and Anna (Kristen Bell) into the mountains where Elsa hears a strange sound calling to her.

They, along with Kristoff (Jonathan Groff), Olaf (Josh Gad) and Sven, take a trip into the north to find out what this could be, what is causing Arendelle to be under siege by the weather, and what could be the source of Elsa’s powers.

One theory suggests we will finally find out the truth about Anna and Elsa’s parents, Queen Iduna and King Agnarr.

The couple barely had anything to do in the first film, but the cast list reveals the couple will have a part in sequeul. 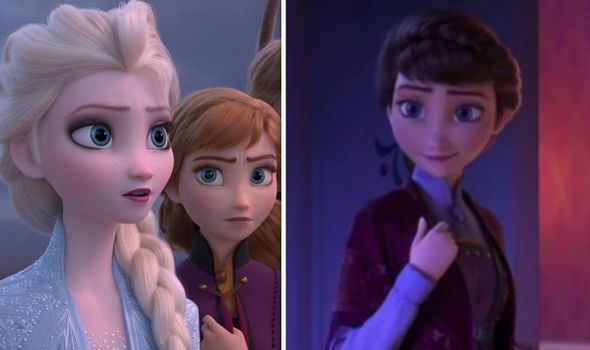 The King and Queen are voiced by Evan Rachel Wood and Alfred Molina, which suggests their presence is likely to be much bigger.

As well as that, Wood will feature in two songs – one named “All Is Found” and another, a duet with Menzel, called “Show Yourself.”

There are three theories which have sprouted from their larger parts in the new film, and the titles of these songs, along with trailer footage.

The first theory is that Anna and Elsa’s parents lived, or at least spent time, in the Enchanted Forest, a place where a huge mist surrounded it, leaving those living there trapped inside.

In an early trailer, a scene shows King Agnarr telling the girls the story, as their mother leaves the room looking sad, as if plagued by memories.

The audience is then shown people in the Enchanted Forest, including a young girl with brown hair playing with the leaves.

One theory suggests this is their mother, who lived in the Enchanted Forest, but somehow was not trapped and was able to escape and went to Arendelle.

The trailer also shows the character of Yelana, who is the leader of the Northuldra tribe who live in the forest. 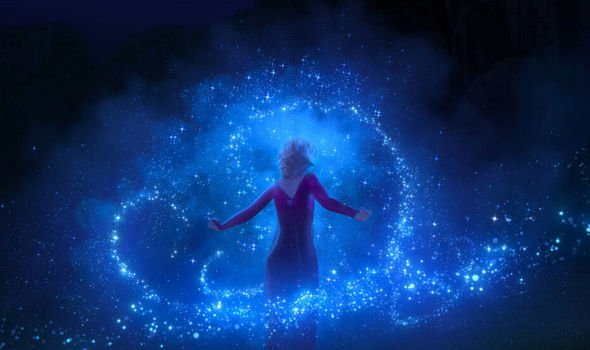 Yelana has a strong resemblance to Iduna, so it may be that the tribe leader is perhaps the Queen’s mother, who is still living in the forest and is devastated by the loss of her daughter.

The second theory is that, as has been made clear, Frozen 2 will finally reveal the origin of Elsa’s powers.

As the young girl, who may or may not be Queen Iduna, is seen playing in the leaves, could it be that she has powers over the autumn?

This would mean that, while Elsa’s powers seem to be over cold and snow, perhaps it is actually over the seasons, meaning she controls Winter as her mother controls the Autumn. 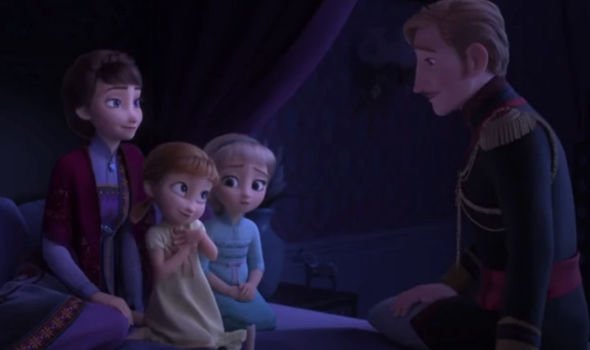 In the trailer, there is also a huge amount of fire which seems to threaten Elsa.

But could it be that, with Anna being the complete opposite of her sister, that she is actually in control of the Summer, and therefore fire along with it?

If it is the case that their parents have powers, it would seem unfair and strange for Anna to have gotten away without having any.

Perhaps this is the moment when we discover Anna’s true powers, which are, along with her character, the opposite of what her sister possesses.

The final theory is that their parents are, in fact, alive, and trapped in the Enchanted Forest.

With the song Wood sings being named “All Is Found,” could it be she has finally found her daughters?

The theory goes that she is calling to her daughter from the forest, calling for them to rescue her and her father, but have waited until the right moment before doing so.

Now she can be heard and when the pair finally meet, Elsa calls on her to “Show Yourself,” at which point Iduna is revealed to be staying in the forest. 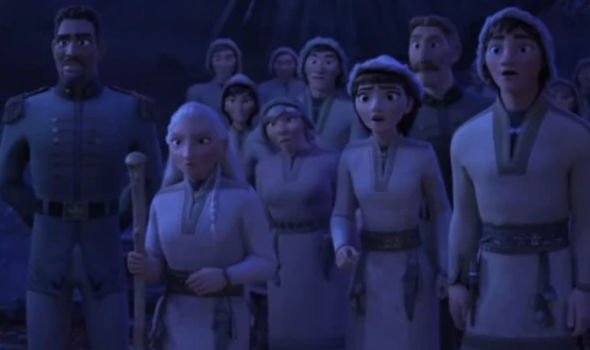 The couple were said to have died at sea, but little is known or seen in relation to their deaths.

Perhaps they actually escaped the shipwreck, and the mist parted to allow them a safe place to stay in the forest.

Of course, technically all three of these theories could be true concurrently, but fans will need to wait until the film comes out to find out for certain.

Frozen 2 is released in cinemas on November 22

END_OF_DOCUMENT_TOKEN_TO_BE_REPLACED

END_OF_DOCUMENT_TOKEN_TO_BE_REPLACED
Recent Posts
We and our partners use cookies on this site to improve our service, perform analytics, personalize advertising, measure advertising performance, and remember website preferences.Ok