Fans of the HBO series saw Sansa Stark (played by Sophie Turner) become Queen of the North while her brother Bran Stark (Isaac Hempstead Wright) took charge to become King of the Six Kingdoms in the finale.

Arya Stark (Maisie Williams) had a rather different fate as she decided to set off and sail “west of Westeros”.

Meanwhile, Jon Snow (Kit Harington) was sent to Castle Black to rejoin the Night’s Watch although he was last seen heading North of the Wall, presumably to live among the Wildlings.

But was death awaiting nearby for two of them not long after the action concluded?

One viewer has pointed to something Ned Stark (Sean Bean) said in the first series which could hint toward Sansa and Bran’s fate.

Redditor thatonefishycat wrote: “Does anyone find it ironic that Ned says: “the lone wolf dies but the pack survives”, but the ‘lone’ wolves so to speak (Ghost, who leaves winterfell for Castle Black with Jon; and Nymeria, who ran off into the wild) are the only dire wolves to survive?”

Considering Jon and Arya’s direwolves are the ones which have survived, could it point to the death of Sansa and Bran?

The pair of them are remaining in seats of power, and are each of course supported by their followers.

But with Jon and Arya taking a more unconventional path, it could in fact be what keeps them safe just as their direwolves have remained.

Jon was banished to The Wall after Grey Worm (Jacob Anderson) called for him to be punished after he killed Daenerys Targaryen (Emilia Clarke). 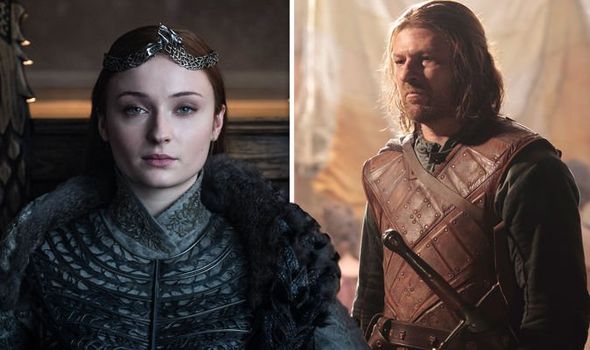 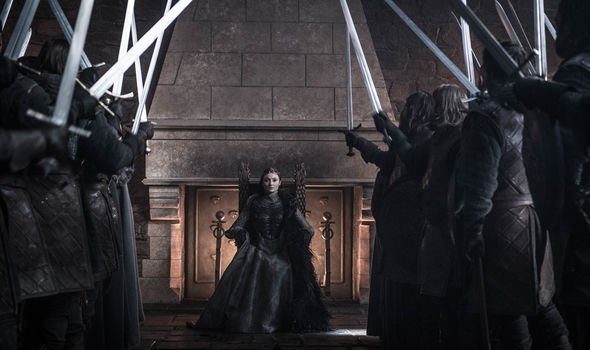 While the Unsullied leader wanted Jon dead, the Starks negotiated with him in order to let Jon live.

Jon stabbed Daenerys as he was horrified at the destruction she caused in order to get to the Iron Throne.

He realised he wasn’t prepared to potentially watch more innocent people die following on from her fiery rampage.

Some viewers expressed surprise at Daenerys’ rampage as they thought it was a sudden character development.

However, other fans have indicated there are points in the series where it could’ve been foreshadowed. 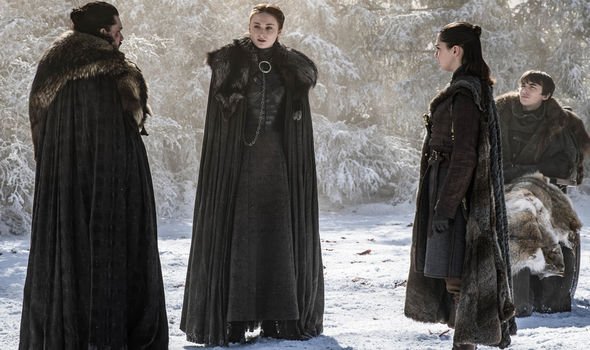 Reddit user gen1masterrony recently posted a season two clip of the Mother of Dragons to the forum which saw her meet with the Spice King (Nicholas Blane) in Qarth.

She can be seen demanding ships to sail across the Narrow Sea in to Westeros, but he denies her.

The user wrote alongside the video: “An early scene that shows Daenerys Targaryen’s worst enemy was logic.

“She had always been mad, power hungry, stupid and shown to act on impulse. S8e5 did her justice.

“Look at how pathetically she argues without logic and gets owned by the spice king.”