The SNP have already called on the Westminster Government to provide Scotland with additional funds to help fishermen struggling to export into the European Union since January 1. Transport Secretary Grant Shapps questioned the Scottish Government, insisting they had specifically received £200 million to ensure the nation was prepared for the end of the Brexit transition period. Scottish fishermen have warned the additional red tape they have been forced to go through has left them unable to deliver their products timely as they were unable to cross the Channel.

Mr Shapps told Good Morning Britain: “The UK Government has given the Scottish Government nearly £200 million to minimise the disruption and make sure businesses are guaranteed to be ready for that paperwork.

“And we have been very much encouraging them and everybody else that paperwork is ready.”

He continued: “I know the UK Government is working very closely with the Scottish Government, with the fishermen, with the industry to make sure whatever these teething problems are that are creating these issues, that the correct paperwork is issued and they can get their fish exported.”

The Brexit trade deal the UK and the EU struck in late December 2020 left traders on both sides with additional bureaucracy to cope with before being able to move goods.

JUST IN: £1bn extra just like that! Boris to SCRAP hated EU law – despite Labour fury 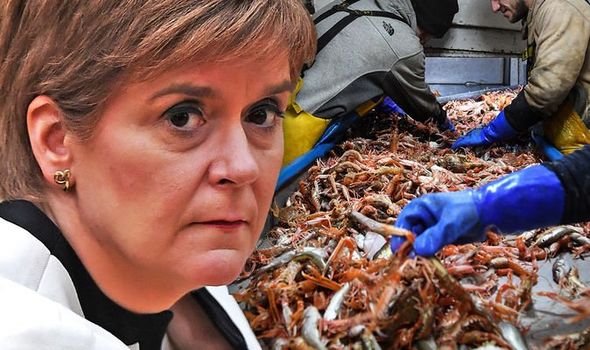 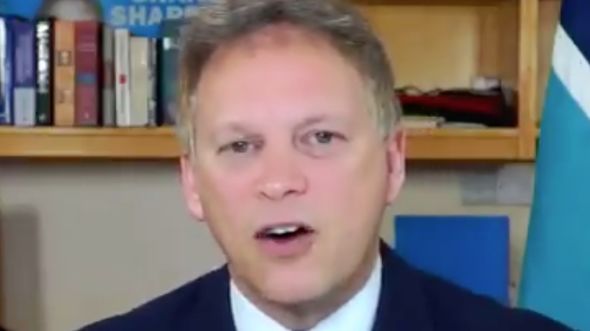 The issue of financial support to Scotland was brought up in the Commons on Thursday during a heated debate between SNP MP Stewart Hosie and International Trade Secretary Liz Truss.

Mr Hosie demanded further clarity and help to resolve the border issues that have developed between the UK and the EU since the end of the transition instead of shifting the attention on future agreements.

The SNP MP said: “Would it not be better to fix the problems at the UK EU border where real exports take place rather than make vague promises about future promotional campaigns?”

But the Conservative frontbencher was quick to shut down the criticism suggesting Mr Hosie question First Minister Nicola Sturgeon and her Government about additional funds.

Ms Sturgeon said: “I think it is a bit rich of him to raise issues when no deal would have been very tricky for the exporters he is talking about.

“£200 million was given to the Scottish Government to prepare to minimise disruption.

“So I suggest he takes up that issue with Nicola Sturgeon to see how that money has been spent to help Scottish exporters.”