Anton Du Beke and Giovanni Pernice were set to join Good Morning Britain via video link and before their interview, Ben Shephard mocked his co-host’s appearance on Strictly Come Dancing in 2020. Ben claimed Ranvir Singh “had it easy” as she took part the year when there wasn’t a big audience present in the studio. As bosses then aired a snap of Ranvir dancing with Giovanni, she expressed her disapproval.

Entertainment reporter Richard Arnold confirmed Strictly would be returning to normal this year with a live audience.

“Well, you know how you cruised through it last year without any nerves because there was never anyone watching, no one was there,” he commented to Ranvir.

The presenter hit back: “There was only 11 million people watching, mind you!” 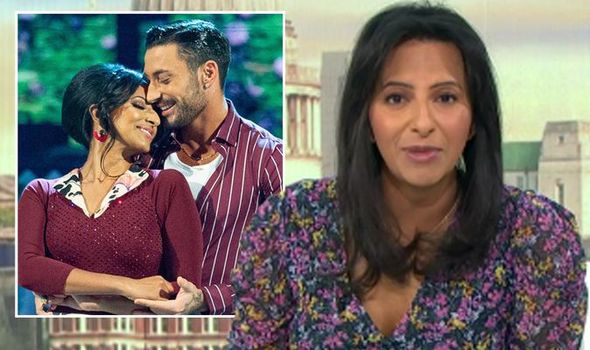 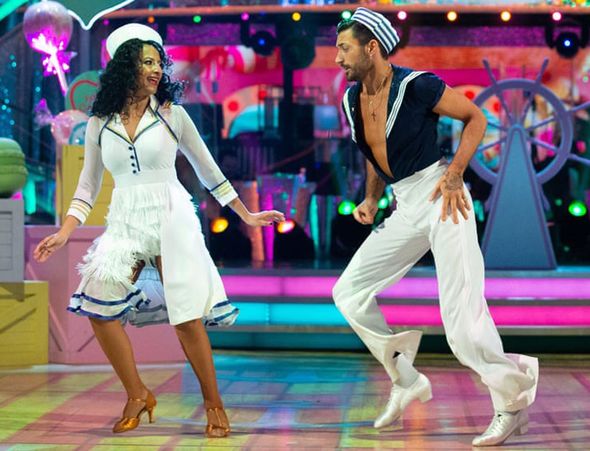 Ben joined in with the teasing, adding: “They said it was the easiest year ever to do it.”

“Who said that? You? The one who protests he’s never gonna go on it!” Ranvir snapped.

“That person? The one who’s a wimp? Is it that one saying that?”

The mother-of-one continued: “I’m not going to ruin any of the magic of Strictly because you really don’t want to know the truth of what it’s like!” 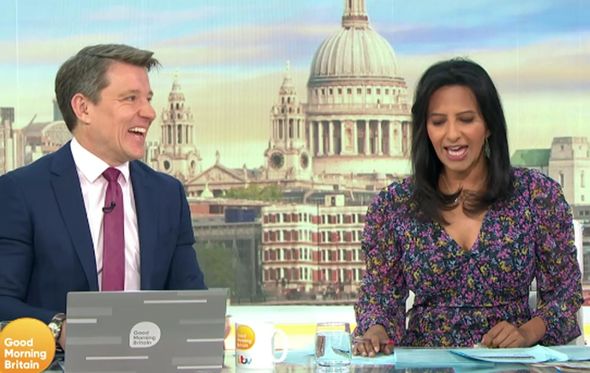 When Ranvir was seen performing in a sailor-style get-up, she warned bosses: “Can you get that picture off the screen because it gives me the heebie-jeebies!”

It comes after it was reported the audience would be allowed back at Elstree Studios from September.

With Covid restrictions set to be lifted in June, it is hoped normal service can resume for the 2021 series.

An insider told The Sun: “The rough plans for the series are starting to come together, and that includes getting the show’s most important ingredient back in — the audience.”

However, they added they may still have social distancing in place as a precaution.

“It will give the show a lift, having had just cast and crew present in 2020,” they continued.

Last year’s series saw the celebrities form a bubble with their professional partner in order to compete.

Celebrities were told if they caught Covid, they would be instantly eliminated from the series.

Nicola Adams and professional partner Katya Jones were the only couple to be booted off due to a positive Covid test.

Bill Bailey went on to win alongside Oti Mabuse, who lifted the Glitterball Trophy for the second year in a row.

Good Morning Britain airs weekdays on ITV at 6am.