Good Morning Britain’s Piers Morgan and Susanna Reid spoke to health secretary Matt Hancock on his thoughts on whether Sir Kim Darroch should resign as British Ambassador to the US.

Matt seemed unwilling to give an answer, and Piers and Susanna became frustrated as they asked him the question a whopping 17 times.

As Piers and Susanna got bored with asking the question, they cut Matt off as they asked Alexa what she thought.

The interview turned to chaos as Matt tried to speak over the machine while Piers lost his temper with him.

Piers snapped: “It’s a simple answer, even Jeremy Hunt could answer it.”

Matt hit back: “Well Piers, maybe if you could actually listen to what I’m saying in that the relationship is incredibly important… it is much bigger than any individual person.”

Piers laughed and said: “What is incredibly important is that you answer the question,” before eventually giving up. 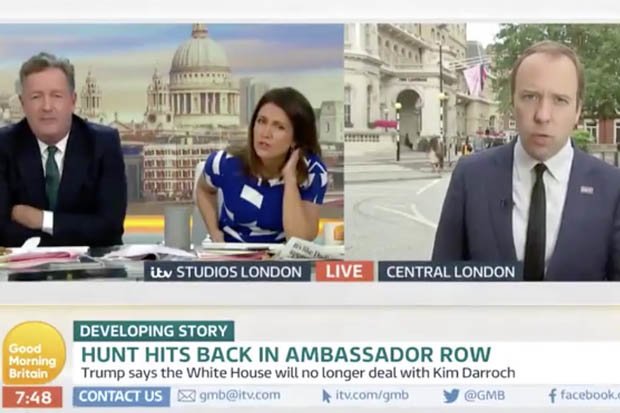 Fans rushed to social media to comment on the savage interview, as one wrote: “Matt Hancock is having a total mare. Piers and Susanna have resorted to speaking to Alexa.”

Another added: “This interview is a total car crash.”

A third chipped in: “Felt embarrassed with Matt Hancock – useless waste of space under questioning about Sir Kim! Hells bells it’s idiots like him who’s going to be running the country- god help us!” 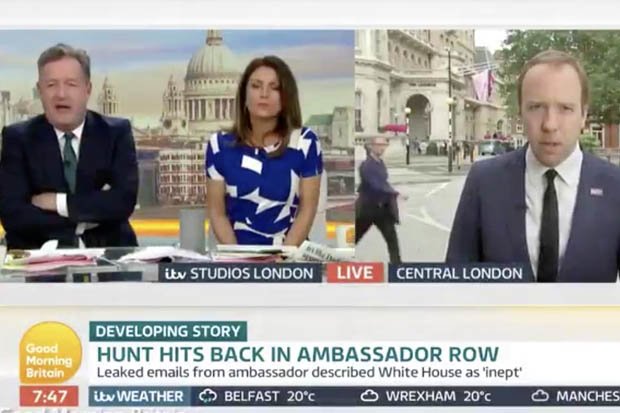 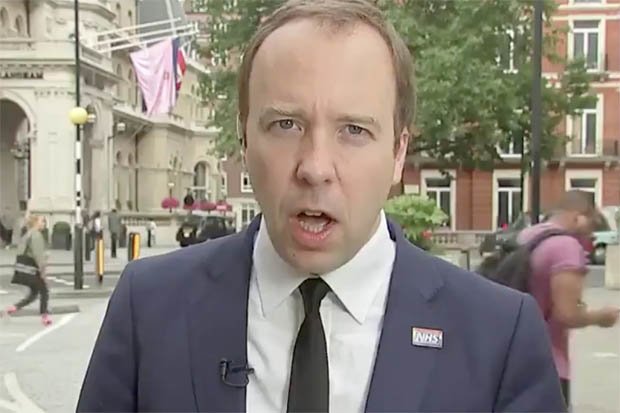 But a fourth wrote: “I don’t think Matt could have been clearer – a five year old would’ve understood that.”

GMB continues tomorrow at 6am on ITV.