The tour builds on ABT’s history of cross-country road trips in the 1940s and 1950s, when the then start-up company brought world-class ballet to local theaters in cities and towns across America with a bus dubbed The Pioneer. While ABT Across America featured similarly grueling drives—the company traveled across 14 states, logging 3,100 miles in three weeks—the new caravan featured some major upgrades. These included a truck with a fold-out stage that could be quickly assembled at open-air venues including Millennium Park and The Citadel, and six luxury tour buses for dancers and staff. (It’s safe to say that the amenities of the company’s midcentury tours didn’t include flat-screen TVs or cryotherapy.) 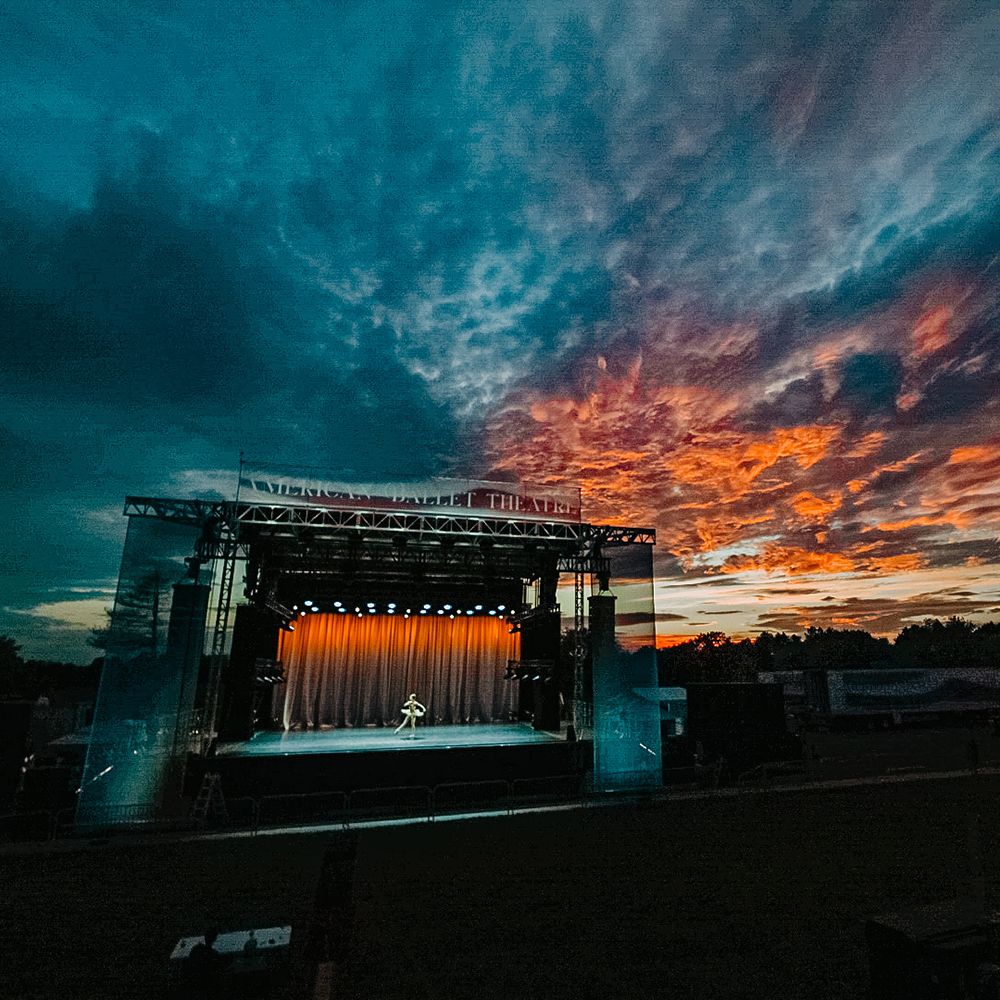 “One of my favorite memories was when the dancers got to see the stage for the first time in Lincoln, Nebraska,” principal dancer Devon Teuscher recalls of a sunset performance at an improvised theater composed of camper chairs and picnic blankets at Pioneers Park. “We were no longer on Zoom meetings talking about how we were going to make this crazy tour happen, but we were standing on the actual stage. We all burst into a spontaneous dance party!”

Company member Tyler Maloney also has fond memories of that first performance. “I looked out at the huge crowd of people and the serene landscape, and I felt so present and full of joy,” Maloney says. “When the dance finished, the audience erupted with applause. That is something we haven’t heard in a while. I think all of the dancers felt that, and the energy we got from the audience just electrified us.” 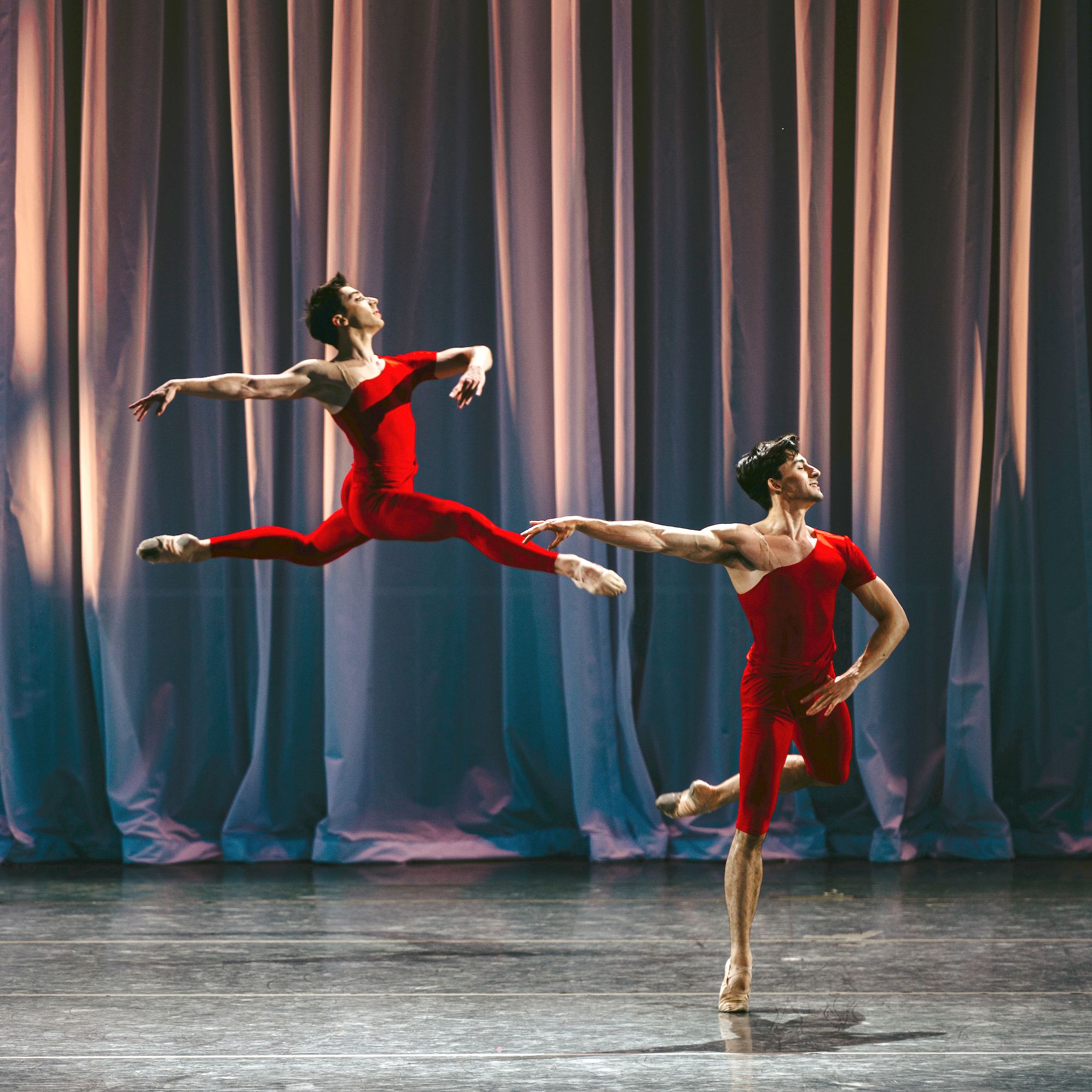 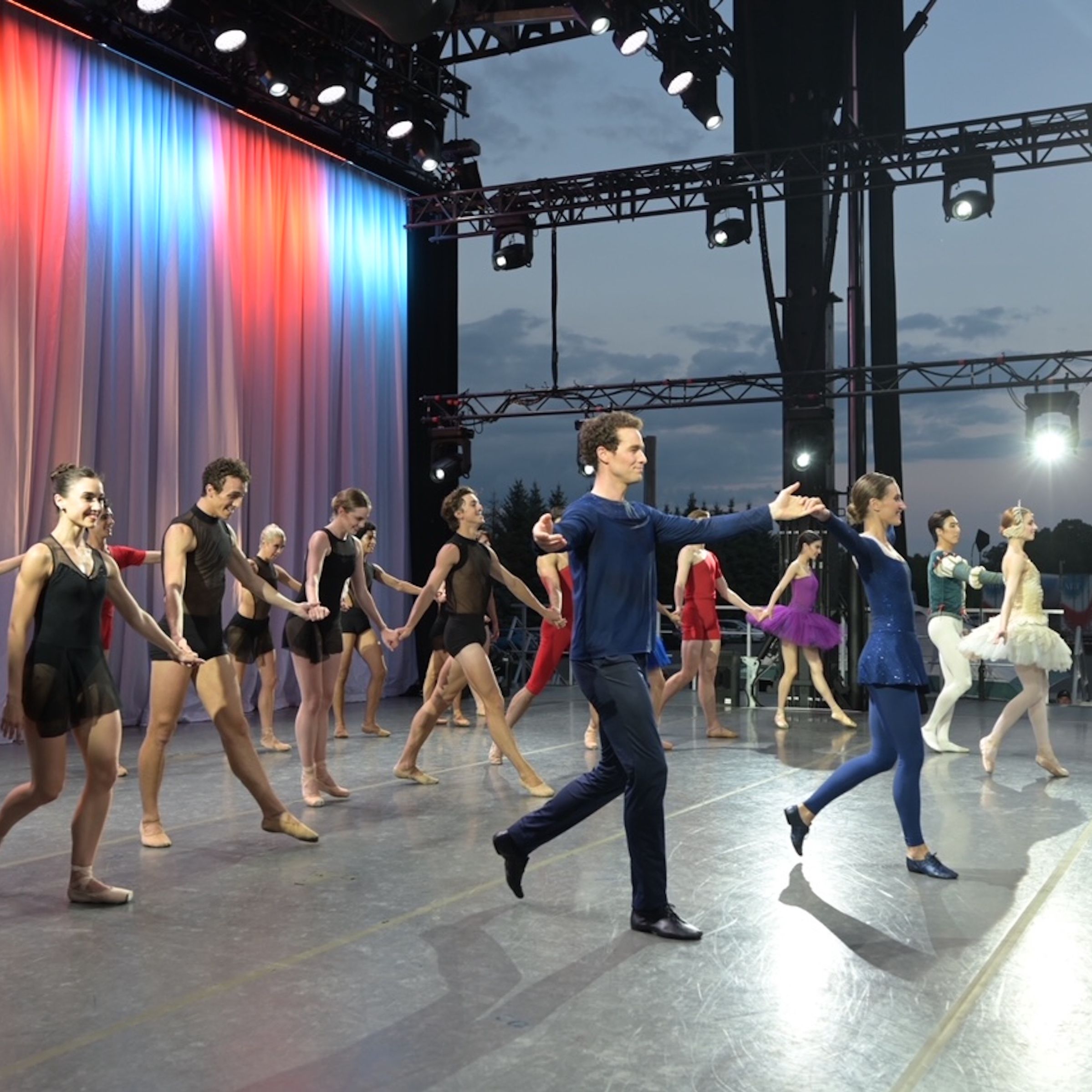 After 21 days on the road, on July 21, the dancers returned home to New York and gave their final performances on the plaza at Rockefeller Center. “It was definitely different from the rest of the tour!” Maloney laughs. “All of a sudden, we go from being in these beautiful open parks and arboretums to being squeezed between two huge buildings. In Charleston, we had the cicadas accompanying our music, and in New York, we had sounds of traffic in the background.”