EXCLUSIVE: Greenwich Entertainment has landed North American distribution rights to Savior for Sale: Da Vinci’s Lost Masterpiece?, a documentary about the controversy surrounding the most expensive artwork ever sold.

Antoine Vitkine directed the film about the Salvator Mundi, a portrait of Christ as “Savior of the world” that Leonardo da Vinci painted more than 500 years ago. For hundreds of years the painting’s whereabouts remained a mystery, but in 2005 the lost masterpiece suddenly resurfaced at an auction in New Orleans. Or so some art historians, speculators and other interested parties asserted.

Savior for Sale documents the twists and turns of the story, which involved a painstaking restoration and vigorous disputes over whether the painting on wood panel was indeed made by da Vinci, or partially painted by him, or by one or more of his students. Its authenticity in dispute, the Salvator Mundi sold at auction in 2017 for $450 million, with Saudi Crown Prince Mohammed bin Salman reputedly the buyer.

London’s National Gallery displayed the work as an authentic da Vinci in 2011, but in 2019 the Louvre examined it and came to a different conclusion. Saudi officials wanted the Salvator Mundi hung next to the Mona Lisa at a 2019 Louvre exhibition, but the documentary says French President Emmanuel Macron nixed that idea, based on the experts’ evaluation that da Vinci only “contributed” to the painting. 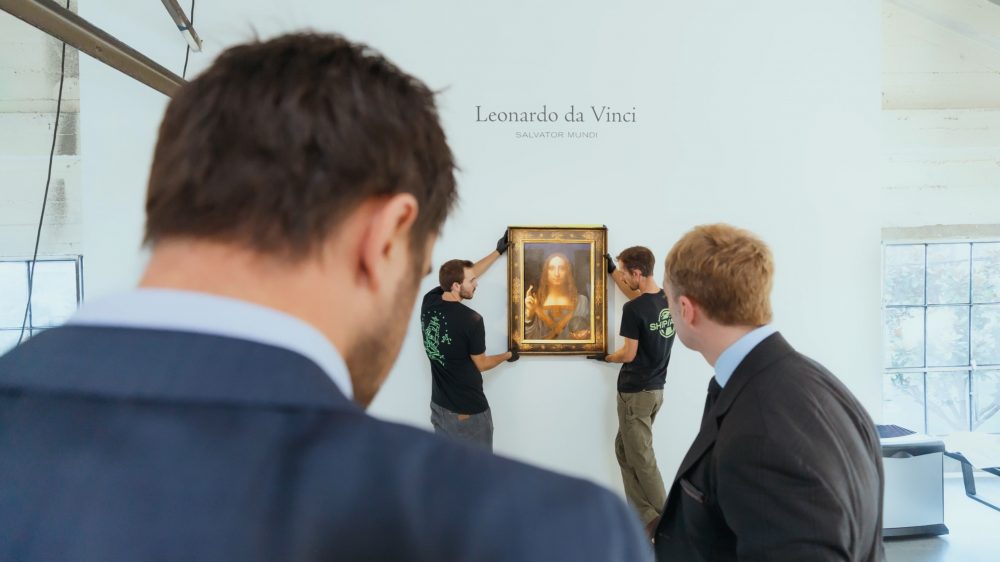 “Savior for Sale delves into the unknown secrets of the art world and explores the influence that one painting can exert on personal and geopolitical interests,” notes a release about the film. “The documentary weaves links between the auction houses of New York, a revered da Vinci expert, an opportunistic Swiss go-between, a Russian oligarch, the Louvre in Paris and an Arabian prince. An astonishing journey on the hidden trails of money, power and deception behind this questionable masterpiece.”

Greenwich Entertainment plans to release the film in North America on September 17.

“I became interested in the Salvator Mundi while filming a profile of Mohammed Bin Salman and immediately felt this was an extraordinary story with ramifications beyond the art market,” Vitkine explained. “That a head of state, Emmanuel Macron, intervened in a scientific debate about a Renaissance painting shows the incredible proportions of this saga and reopened the artistic debate about the painting, which has raged for a decade now and is still not over. I am thrilled Greenwich is sharing my film and this story with U.S. audiences.”

Savior for Sale is one of two new documentaries to examine the Salvator Mundi controversy. The Lost Leonardo, directed by Andreas Koefoed, premiered at the Tribeca Film Festival in June and will hit theaters on August 13. As Deadline reported in March, Sony Pictures Classics acquired worldwide rights to the Koefoed film, excluding a few European countries.