Did Colin Firth kill Toni Collette?? Or rather, did his character Michael kill her character Kathleen? HBO Max’s miniseries The Staircase is here with a true crime doozy, and we have questions. A dramatic retelling of an already-dramatic true crime story, The Staircase is a fictionalized series based on the unusual death of Kathleen Peterson and the case against her husband, Michael.

Let’s unpack every theory behind HBO Max’s The Staircase and what happened to Toni Collette’s Kathleen.

Let’s start with the obvious one, but first, it’s important to know that the real-life Michael has since been released from prison after being initially convicted in one of the longest and most talked about murder trials in U.S. history. 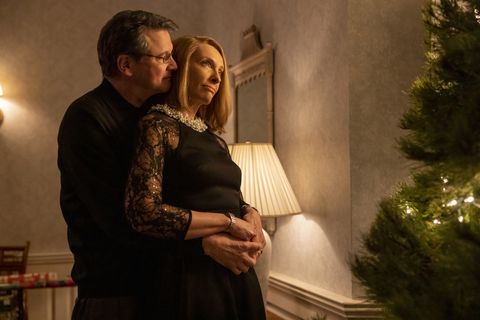 In the series, Colin Firth portrays a fictionalized version of Michael and the prosecution on the show argued that he killed Toni Collette’s Kathleen with a fire poker, which was missing from the scene. (But was later found in the garage.) The motivation in this case is allegedly a series of affairs Micheal had behind Kathleen’s back. After Kathleen learned of the affairs, she confronted Michael and a violent argument brewed.

Theory #2: Kathleen really did fall down the stairs

The theory is pretty simple. Michael was outside by the pool when his wife fell down the stairs, hitting her head on the corner of the stairs, which caused lacerations to her skull. 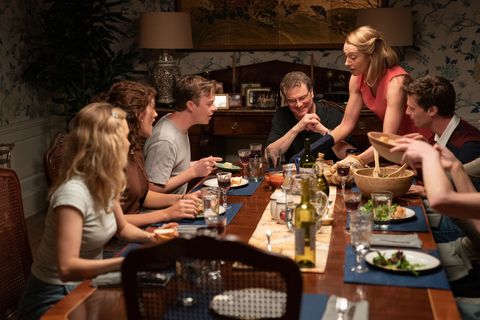 Given the large amount of blood found at the scene, this one is highly debated.

Theory #3: There was a secret intruder

No stone can be left unturned, and there is a possibility (albeit a small one, given the lack of forced entry), that an intruder broke in and killed Kathleen without Michael noticing. 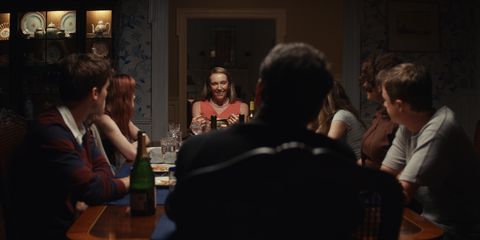 Theory #4: An owl was somehow involved

Disclaimer: this theory is both very real, and very believable if you ask the internet. Stranger things have happened, right?

“The owl theory” has gained quite a bit of notoriety online, but oddly isn’t included in the series. In response to the internet’s interest in this theory a few years ago, Netflix released a 3:46 minute video explaining it. The comments support the far fetched theory, with sentiments like “the lacerations on her head look exactly like bird claw injuries,” and “this theory is the only one that makes sense.” Not to mention, owls are actually extremely prevalent in North Carolina.

Be sure to check out HBO Max’s The Staircase, which is available to stream now.