Holby City viewers have seen Cameron Dunn’s (played by Nic Jackman) hide his killer secret for months until Xavier ‘Zav’ Duval (Marcus Griffiths) found evidence of his colleague’s crimes. However, after Zav tragically died in a freak accident earlier this year, Cameron has continued to be able to get away with his disastrous actions. But with Zav’s brother Alex set to soon make his mark on the wards of the hospital, it looks as though he will desperately try to uncover more about his late sibling’s final moments – but could this mean Cameron’s evil ways will finally be exposed?

Last time viewers met with Cameron, he was beginning to embark on a relationship with Nicky McKendrick (Belinda Owusu).

When the programme returns next week, it will soon become apparent Cameron will encounter a new problem.

The failing doctor is struggling to keep up with the demands of the coronavirus crisis, amid growing criticism from boss Ange Godard (Dawn Steele). 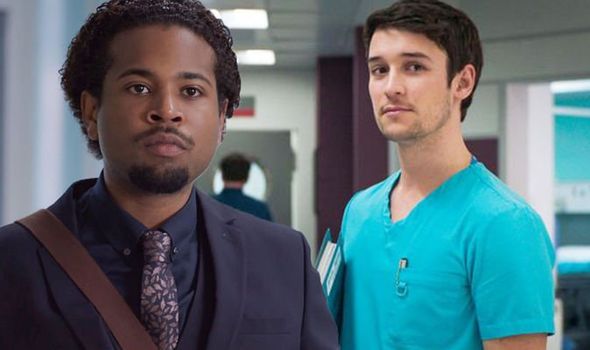 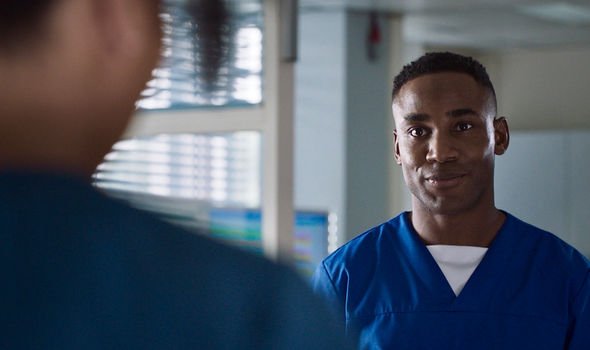 As relations only worsen between the pair, Cameron will be met with an unwelcome surprise elsewhere.

With the hospital needing extra pairs of hands to meet the rising demands of numbers of patients, there is a familiar face to turn up.

Zav met his maker earlier this year shortly after he had rumbled Cameron’s previous deadly deed after going through some CCTV footage.

Next week’s coronavirus special episode will see Zav’s brother Alex turn up in a huge twist. 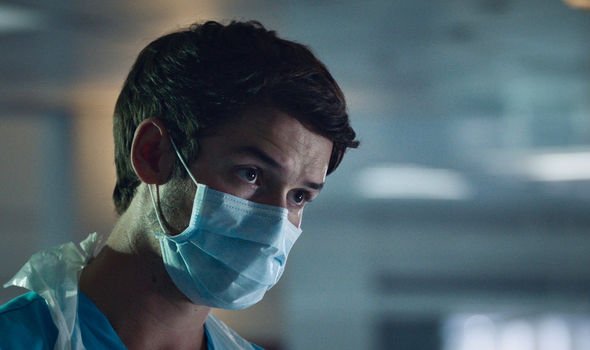 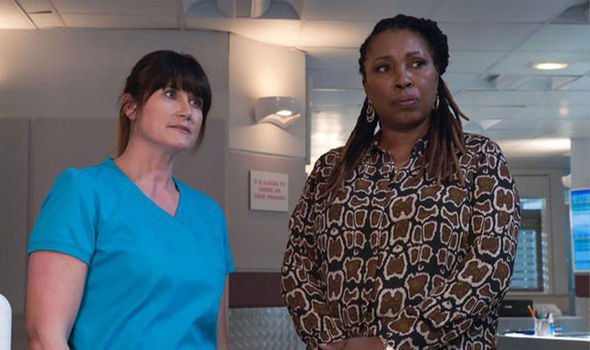 Asked by Express.co.uk about the character’s arrival at Holby, it seems it could put Cameron in new danger – but will it be Alex who finds out the truth?

Probed on what it could mean for sinister Cameron, the actor said: “I couldn’t tell you, to be honest… I’ve got to be careful what I say because you know what? The storylines coming up are massive.

“I think they are going to be really, really quite exciting. I mean, if you think that you’ve seen Cameron at his worst, you really haven’t! He’s capable of a lot more and it becomes very, very dark,” the actor teased.

Elsewhere, tensions will continue to rise between Cameron and Ange, who is becoming increasingly doubtful over the former’s ability to do his job.

Before the series went off-air, fans saw Ange slate Cameron in a progress review, which did come as a shock to the doctor.

But as the colleagues only begin to clash further, Nic explained her suspicions will only continue: “Yeah, I think – rightly so – there are people who have their doubts as over Cameron’s ability and have suspicions about him.

“We obviously saw that way back with Zav and Zav’s departure in the show and sort of Cameron trying to frantically cover that.”

On whether it will be Ange who will be the one to out Cameron’s dark crimes, Nic noted it could be a possibility.

The actor added: “I think it’s fair to say that Ang can recognise something – she might not entirely understand who he is and what he’s capable of yet sort of thing – but we’re certainly seeing the start of that.

With Cameron quickly making enemies, who will be the person to find out what he’s been hiding for all these months?

Holby City returns next Tuesday at 8pm on BBC One.

END_OF_DOCUMENT_TOKEN_TO_BE_REPLACED

END_OF_DOCUMENT_TOKEN_TO_BE_REPLACED
Recent Posts
We and our partners use cookies on this site to improve our service, perform analytics, personalize advertising, measure advertising performance, and remember website preferences.Ok