In fact, it was a great night for the Hollyoaks cast in general, as the Channel 4 soap won Best Soap, Best Actor and Best Male Dramatic, as well as Nathan Sussex’s Best Villian triumph.

And Buster Smith star Nathan, 43, has now opened up about his win in an exclusive chat with Daily Star Online.

The Welsh star, who left Hollyoaks earlier this year, also revealed to us whether he’ll be returning to the soap anytime soon.

Chatting about his award, Nathan told us: “It was incredible. It’s been going around my head in the past few days and it hasn’t sunk in.

“I’d go back in a heartbeat”

“It was such an exciting night, particularly when I heard my name being called out.

“I didn’t expect it at all, it was really quite something.”

Asked if he thought Hollyoaks plethora of awards were deserved, Nathan said he did as it has been a “vintage year” for the soap.

He commented: “Yeah I think so. Hollyoaks had a really good year last year.

“It raised the bar for soaps at the beginning of year. I’d even go as far to say it’s a vintage year. 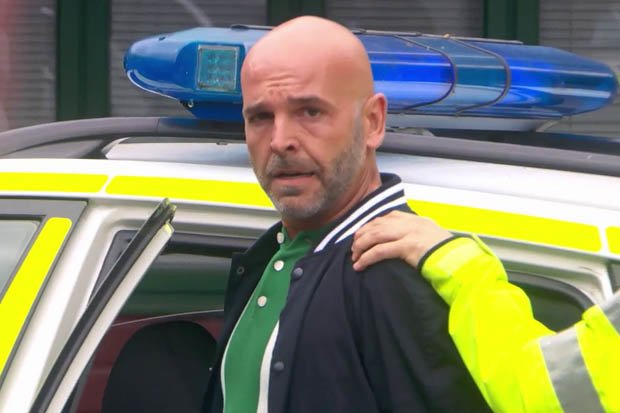 “They tackled a lot of social issues.”

Talking about working on the harrowing storyline, Nathan said: “It was sometimes gruelling.

“The schedule was really intense, we were working on it full-on for the whole year.

“Luckily we had a great cast, Aedan who plays Ollie was a joy to work with.”

Talking about whether he’d return to the soap, Nathan said he’d definitely be up for it.

He revealed: “Absolutely. I don’t know if there are any plans to bring Buster back right now though.

“Obviously he’s in prison, but he will be released at some point.

“I’d go back in a heartbeat. It’s a wonderful place to work, they really look after you.”

Hollyoaks airs weekdays on Channel 4 at 6:30pm, with the First Look episode on E4 at 7pm.