HOMES Under The Hammer host Martin Roberts was filmed shouting "get out the way" out the doorway of a home in an awkward tour.

The 57-year-old presenter was giving the camera crew a tour of the latest establishment before the potential homeowners joined him for the viewing when he lost his temper. 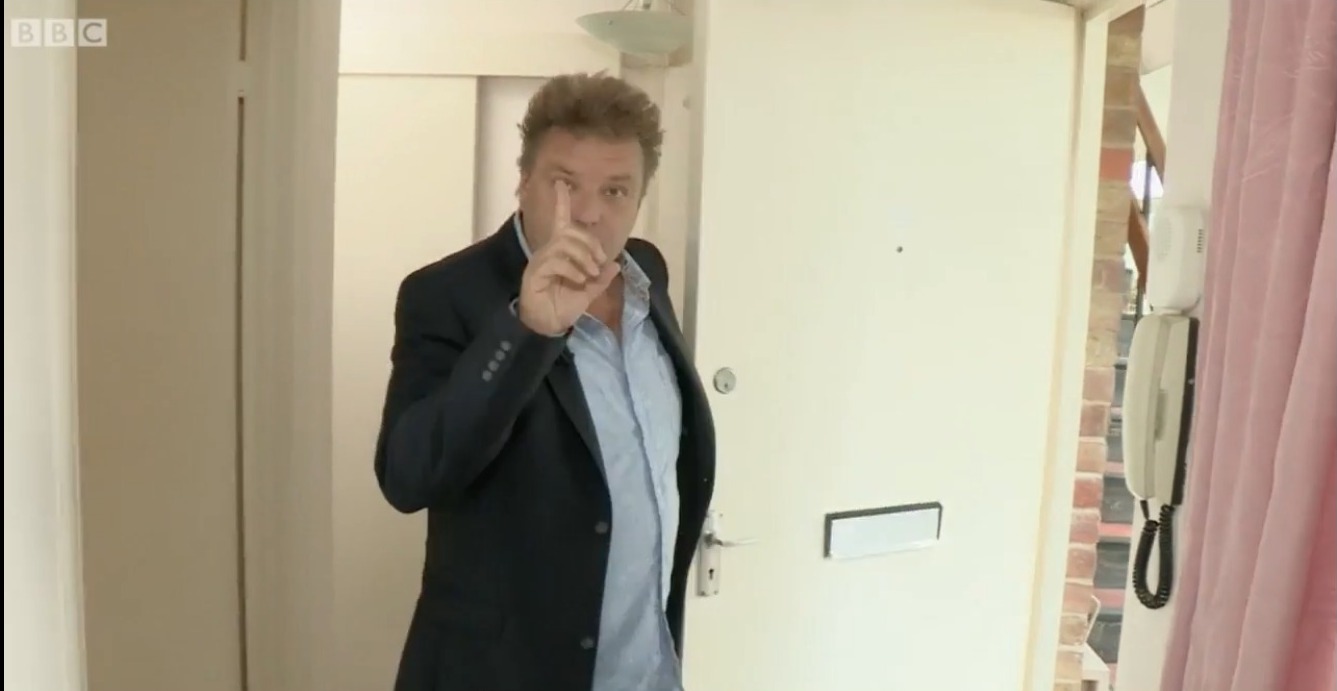 Showing the BBC team around the prospective home, Martin told viewers at the start of the programme how the property "tested" his patience.

Arriving at the flat in Folkestone, Kent, the host demonstrated what he meant as he showed how he struggled to get through the front door.

Stepping through the doorway, he told the cameras: "You could dramatically improve the first impressions straight away by changing the door to something prettier or at least painting it.

"And then through the door, maybe get one that fits, perhaps," he continued, as he visibly struggled to close it behind him while the crew watched on. 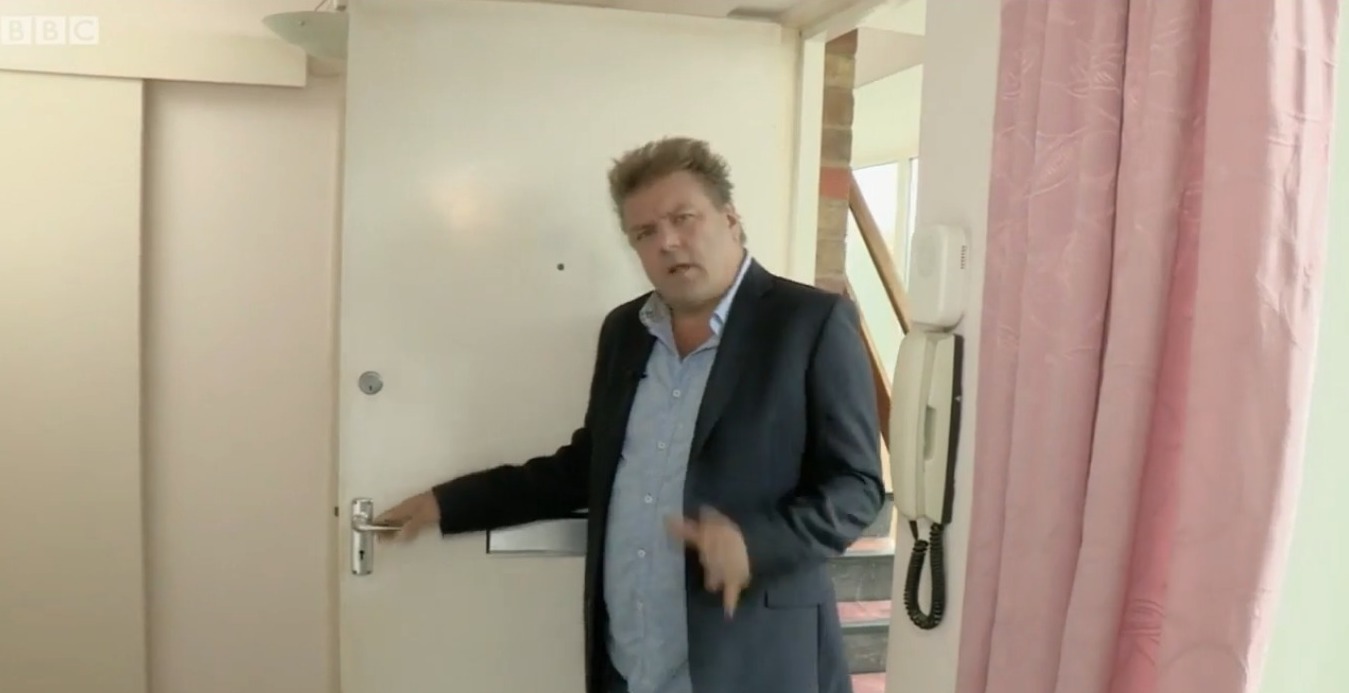 He soon realised it was a doormat blocking the door from closing, but tried to carry on presenting explaining he would "leave it" for a minute.

However, the door crept open in front of Martin and blocked his view of the camera, leaving him to excuse himself for "two seconds".

Martin screamed as he kicked the inanimate object in the awkwardly angry outburst, saying: "Get out the way, thank you."

Regaining his composure, the star acted as if nothing had happened as he continued his tour of the house and showed it to a pair of developers. 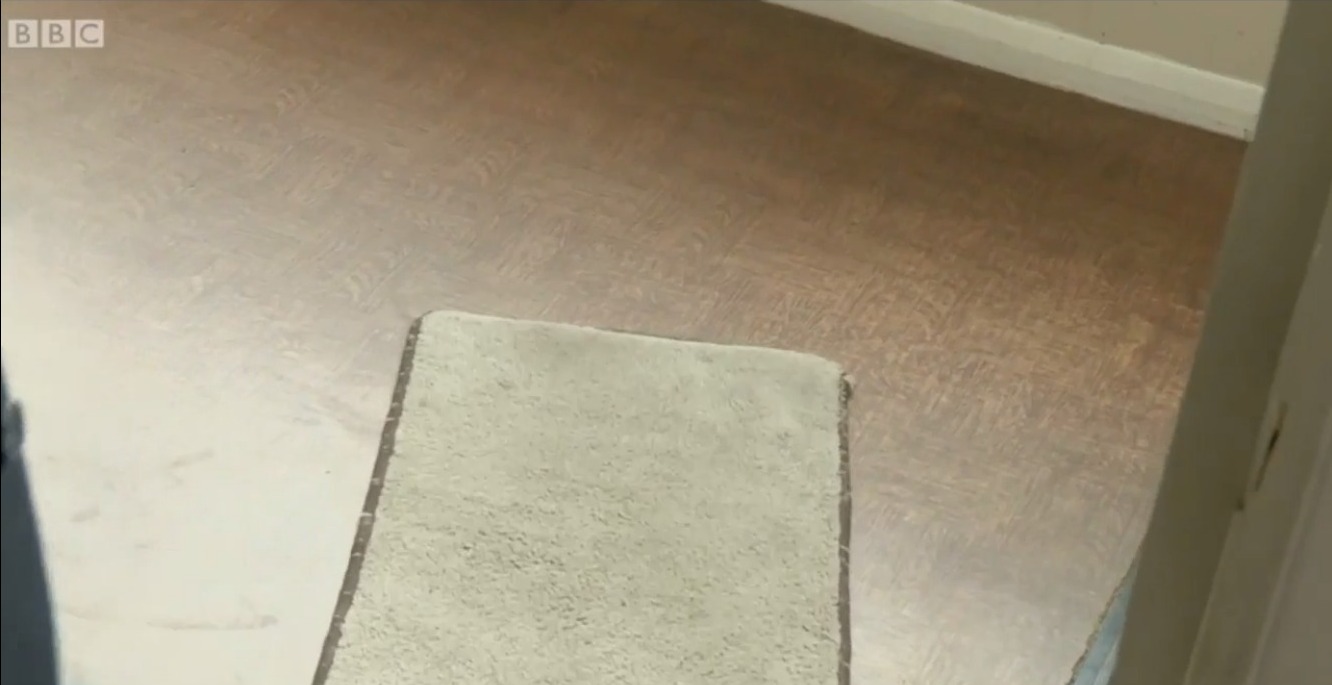 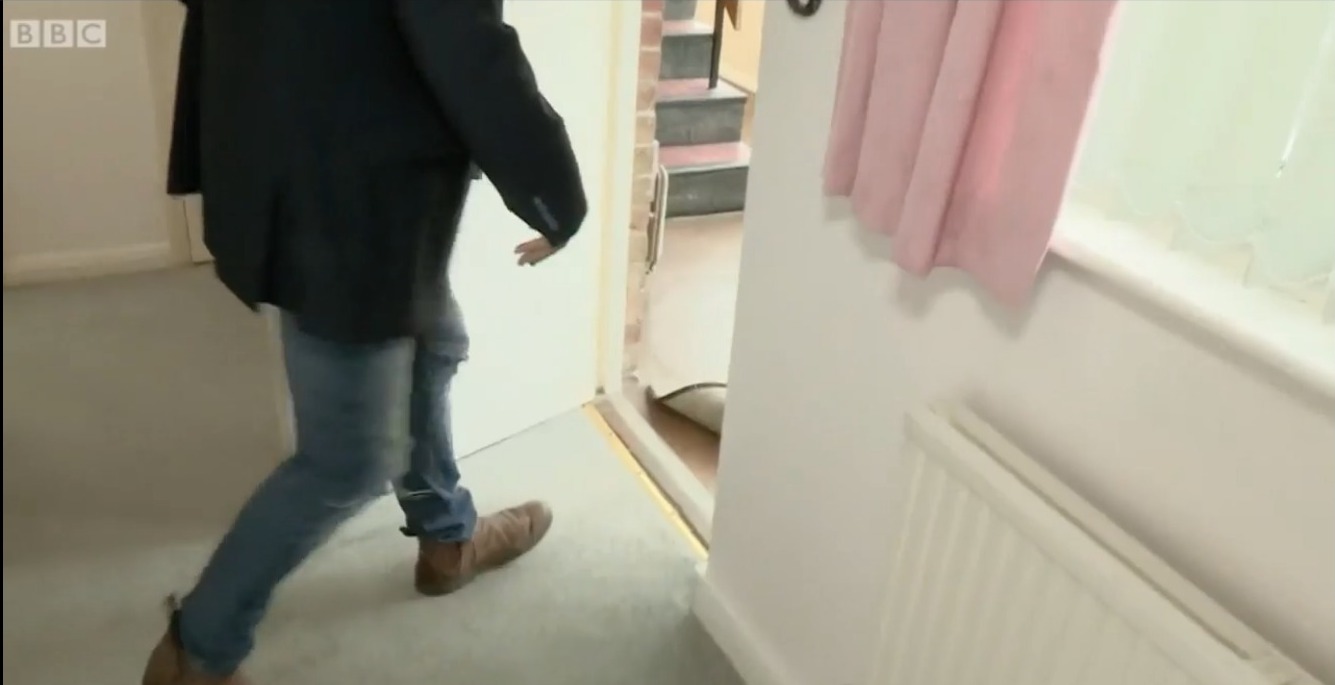 "Anyway, really nice entrance area and really big which sets the scene for what is hopefully a really good sized flat," Martin continued.

"This entrance area, when they’re like that…it just really affects the feel of the whole house."

Martin went on to show the whole home, which also features two big bedrooms, a kitchen and a large lounge area.

"It’s a good size and there are lots and lots of light from the windows," he added of the space. "It was probably built in the 1970s and the flat definitely has a few things going for it." 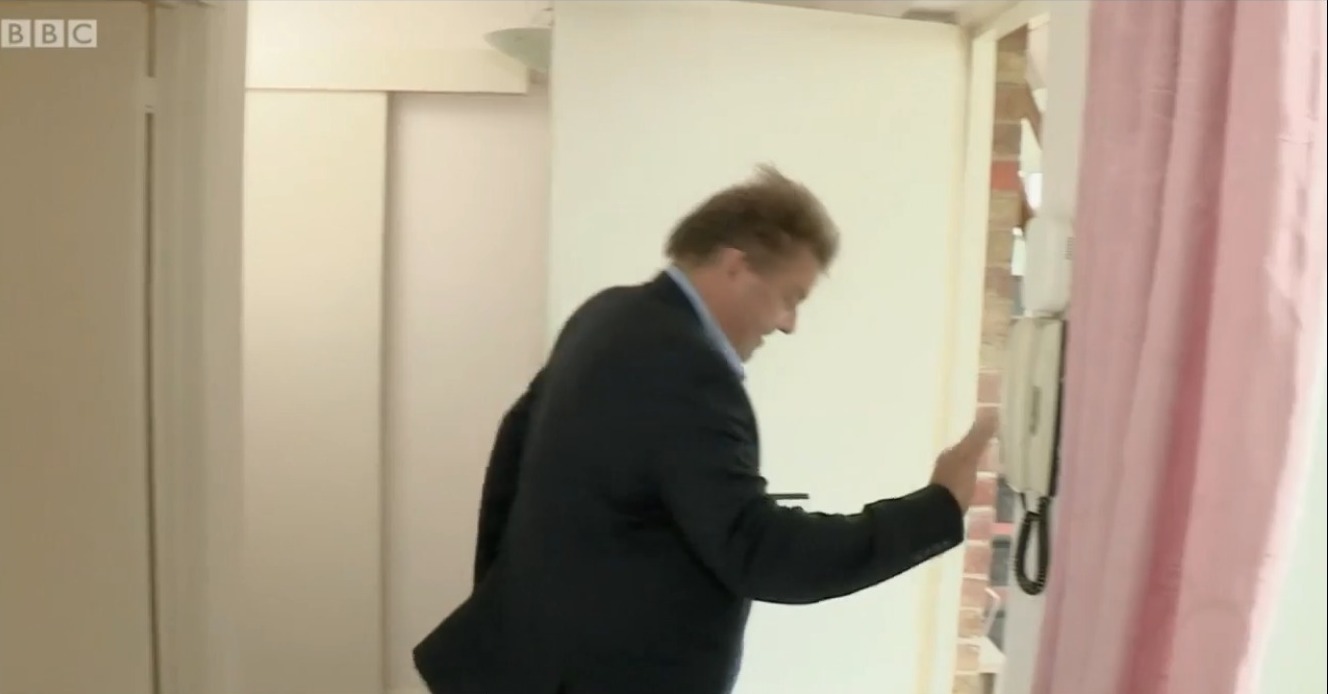 Despite the initial blunder over the doormat, the host oversaw the property's sale as the guest developer went on to transform it.

The most recent blunder comes days after Martin was left mortified as he accidentally walked into the wrong house.

He was viewing a four bedroomed property in North Wales when he accidentally stumbled across another home.

After walking into the neighbouring home, the BBC presenter continued his tour around the property, before asking: "Am I missing something?"

He later revealed that the properties were adjoining, and had an inside door that could be used to get between the two.

Homes Under the Hammer airs weekdays at 10am on BBC One.