Gavin James and Neil Widener are writing the script 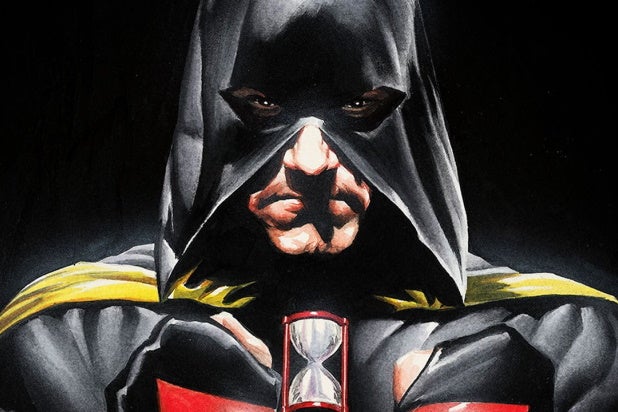 Chernin Entertainment is getting into the superhero movie business and producing an adaptation of the popular “Hourman” comic book for Warner Bros. and DC Films, according to an individual with knowledge of the project.

Originally created by Ken Fitch and Bernard Baily in 1940, “Hourman” had three different versions of that character. The first one centered on chemist Rex Tyler. Tyler is a master chemist and adrenaline junkie who, as Hourman, is a thrill-seeking superhero with the ability to manifest super-strength… for one hour a day. A founding member of the Justice Society of America, Rex/Hourman struggles with balancing his life as a hero and father.

“Suits” star Patrick Adams played a version of the character in a few episodes of The CW’s “Legends of Tomorrow.”

James and Widener are coming back into the Chernin fold as the writing duo sold the pitch “Liberty Road” to 3000 Pictures with Chernin attached to produce. The writing duo is currently working on “The Hot Wheels” movie also for Warner Bros and a sequel to “San Andreas” for New Line.

James and Widener are repped by CAA, Grandview and attorney Greg Slewett.