How Superstore Wrote Off America Ferrera and Amy (But Not Jonah)

America Ferrera's last episode of Superstore was not exactly the happiest ending. 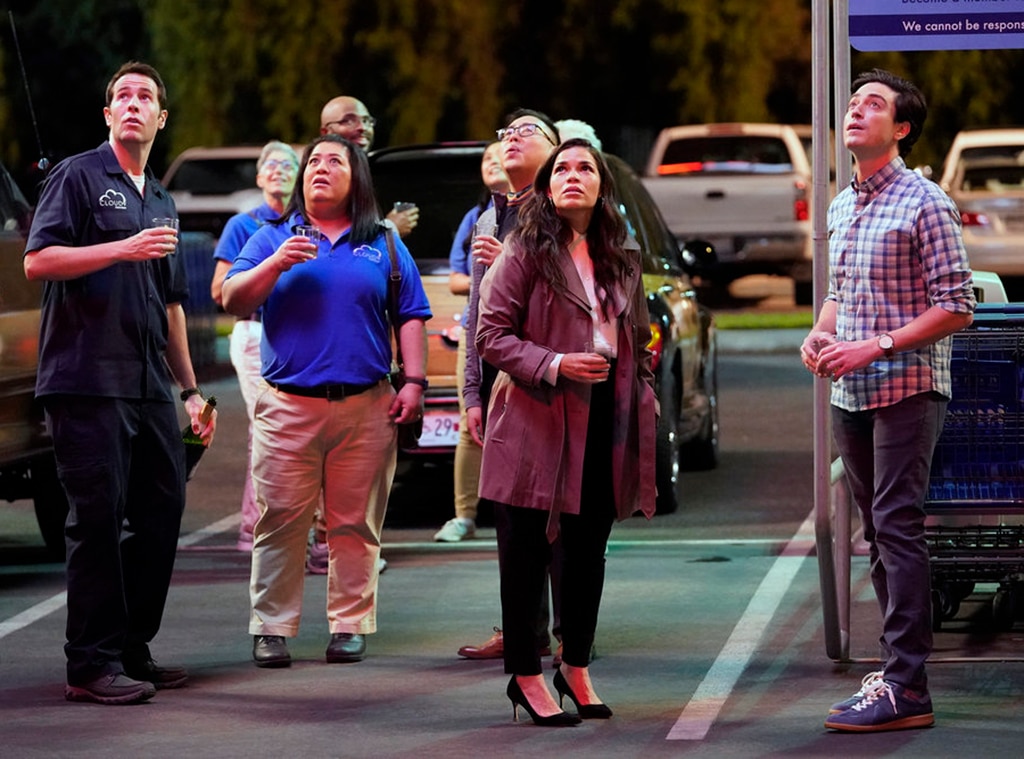 Well that was a bigger bummer than we expected it to be.

America Ferrera's final episode of Superstore was not exactly the send-off we were all hoping for, even if it did cover all the bases. Amy said her goodbyes, handed the store back to Glenn (Mark McKinney), endured a goodbye party, watched Dina (Lauren Ash) try to find a new best friend, then set about explaining how she was going to end up moving to California for her new job without her boyfriend Jonah (Ben Feldman).

It wasn't exactly surprising that they ended up breaking up, but it was sort of disappointing. We waited years for these two to get together (YEARS) and now their sad, non-mutual breakup happens over the course of one episode?

Basically, Amy realized Jonah was about to propose and she started freaking out, especially as he and all their co-workers made too many references about marriage or about the two of them growing old and dying together. Turns out Jonah was all in but Amy wasn't ready to get married again quite so quickly.

Amy then tried to make things better by gifting Jonah some aqua socks as a way of saying she was excited for the move to a place with an ocean, but the gesture didn't make anything better.

At her goodbye party (complete with fireworks found in a dump), Amy told Dina that her status with Jonah feels "pretty bad, but not wrong." Later, with Miley Cyrus' "Slide Away" playing in the background, Amy and Jonah caught eyes and lifted their cups, and then that was the end of the episode.

Rapper and Influencer Brax Dead at 21

Dancing With the Stars' 10 Biggest Feuds

Maybe there was no good way to keep Amy and Jonah together without Amy on the show, but there has to have been a better way to break them up that didn't feel quite so sudden and weird. We put an awful lot of energy into shipping these two and now we're just sad!

Only time will tell what things are like at Cloud Nine without Amy, but we gotta say this goodbye didn't really get us excited to find out. Hopefully that changes as the season continues.

(E! and NBC are both part of the NBCUniversal family.)

END_OF_DOCUMENT_TOKEN_TO_BE_REPLACED

END_OF_DOCUMENT_TOKEN_TO_BE_REPLACED
Recent Posts
We and our partners use cookies on this site to improve our service, perform analytics, personalize advertising, measure advertising performance, and remember website preferences.Ok