STRIPPING down to a bikini and showering in a freezing cold waterfall was a staple of the show down in Oz – along with a few truly toe-curling bushtucker trials.

In 2006, Myleene Klass made television history when she showed off her washboard abs and buxom boobs in the famous shower scene. 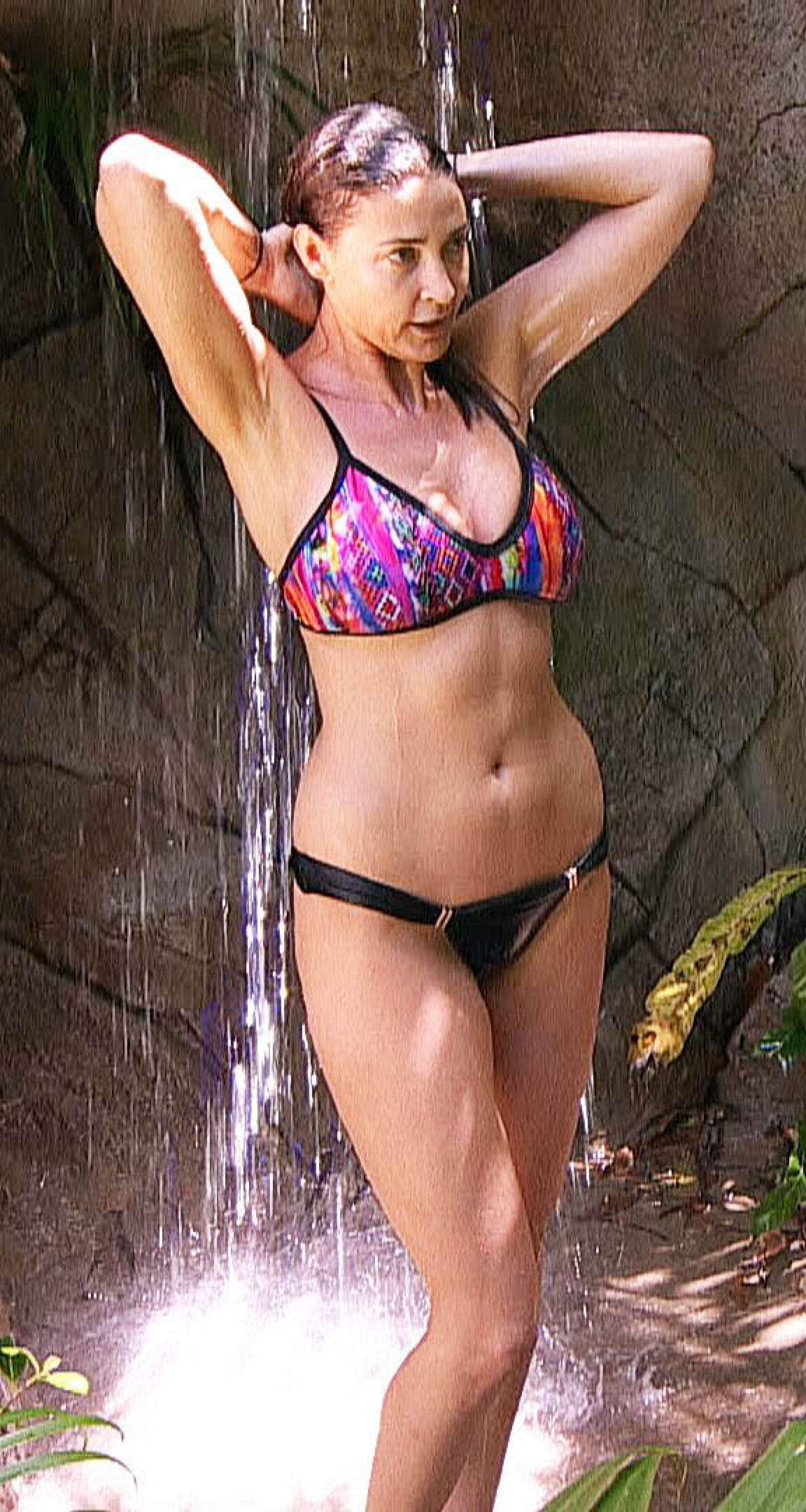 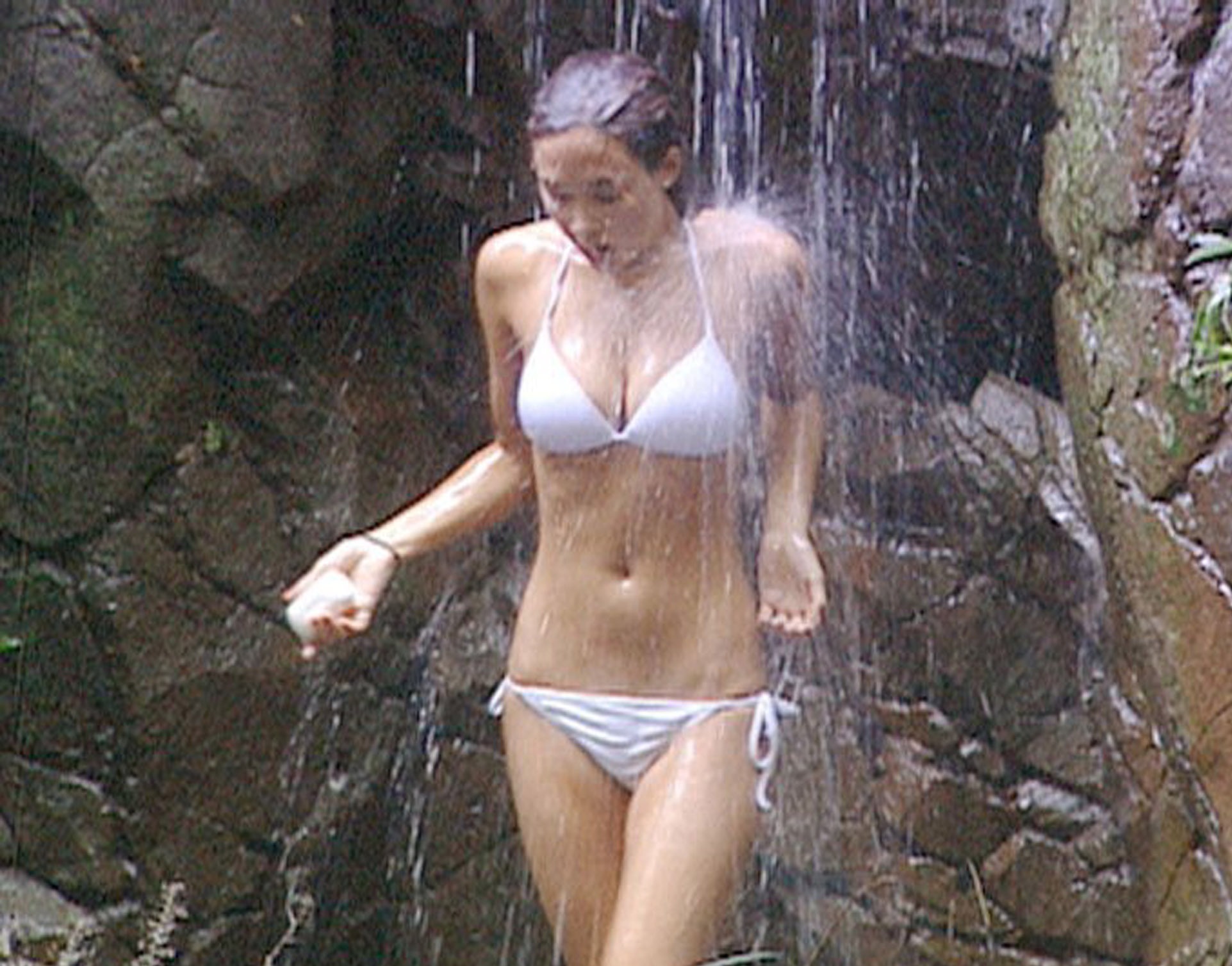 But in the years that followed, the hit reality series has used the famous shower to showcase a whole range of women's bodies – proving that you don't have to be in your twenties and a size 6 to look incredible in a bikini.

The TV presenter and model Lisa Snowdon – who starred in the 2016 series – admitted that bathing in THAT freezing cold waterfall left her feeling "massively exposed".

But while the waterfall showers might have been a nerve-wracking experience for Lisa, there's no denying that they have worked wonders for female viewers' body confidence.

Here Fabulous Digital takes a look back at the most iconic I'm a Celebrity shower scenes which have celebrated women of all shapes and sizes. 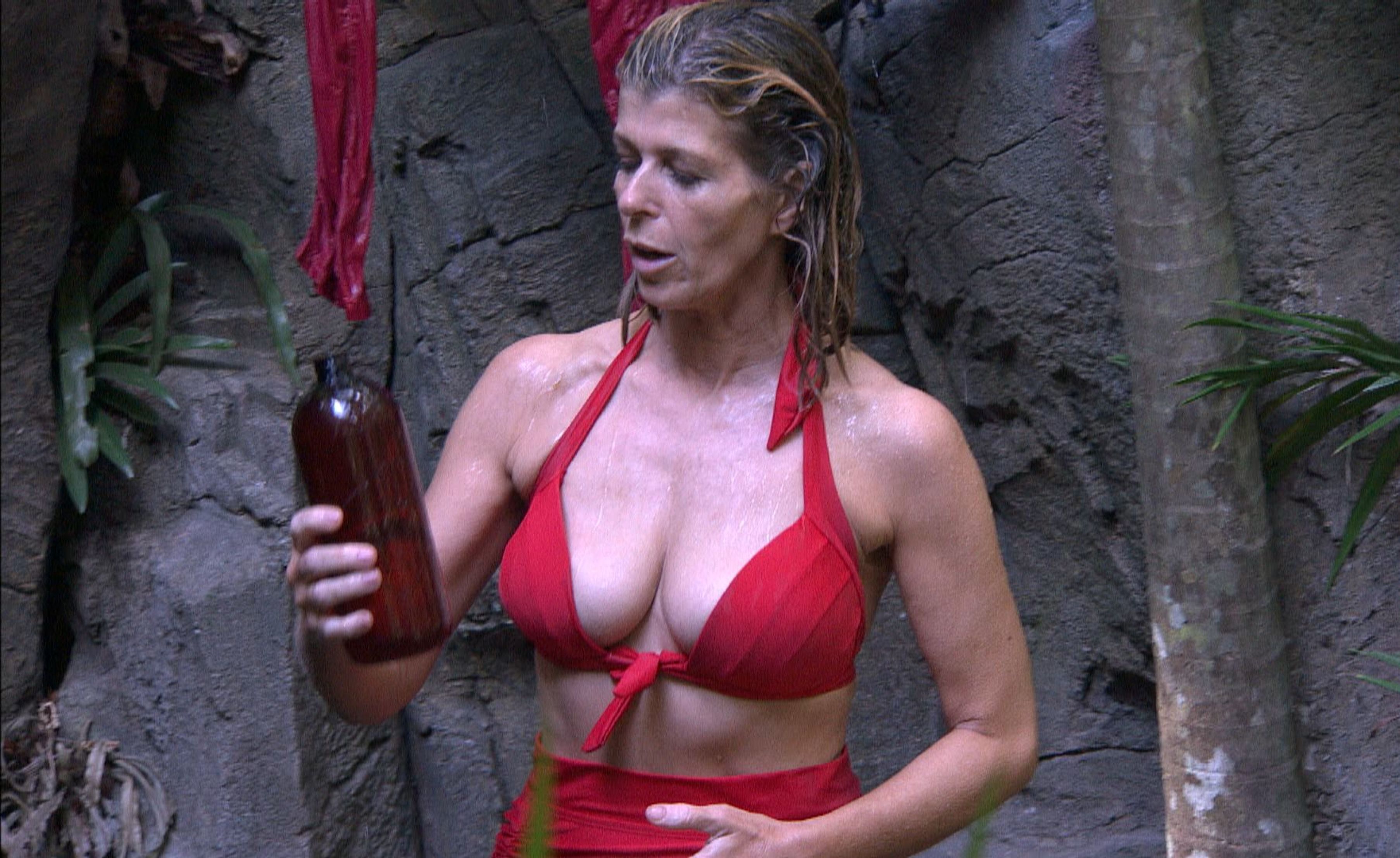 Kate Garraway represented women in their 50s everywhere when she braved the freezing shower in 2019.

Before her stint in the jungle, the mum-of-two told The Sun that she had packed a skimpy bikini that she would wear if she felt comfortable enough.

Inspired by her co-star's Caitlyn Jenner courage to shower on screen, Kate, 54, followed suit in a red bikini which showcased her knockout figure.

She told us at the time: "You think, ‘I’m never going in that shower. It’s too embarrassing’, but it is the only way to wash. So at some point you’ve got to go in!" 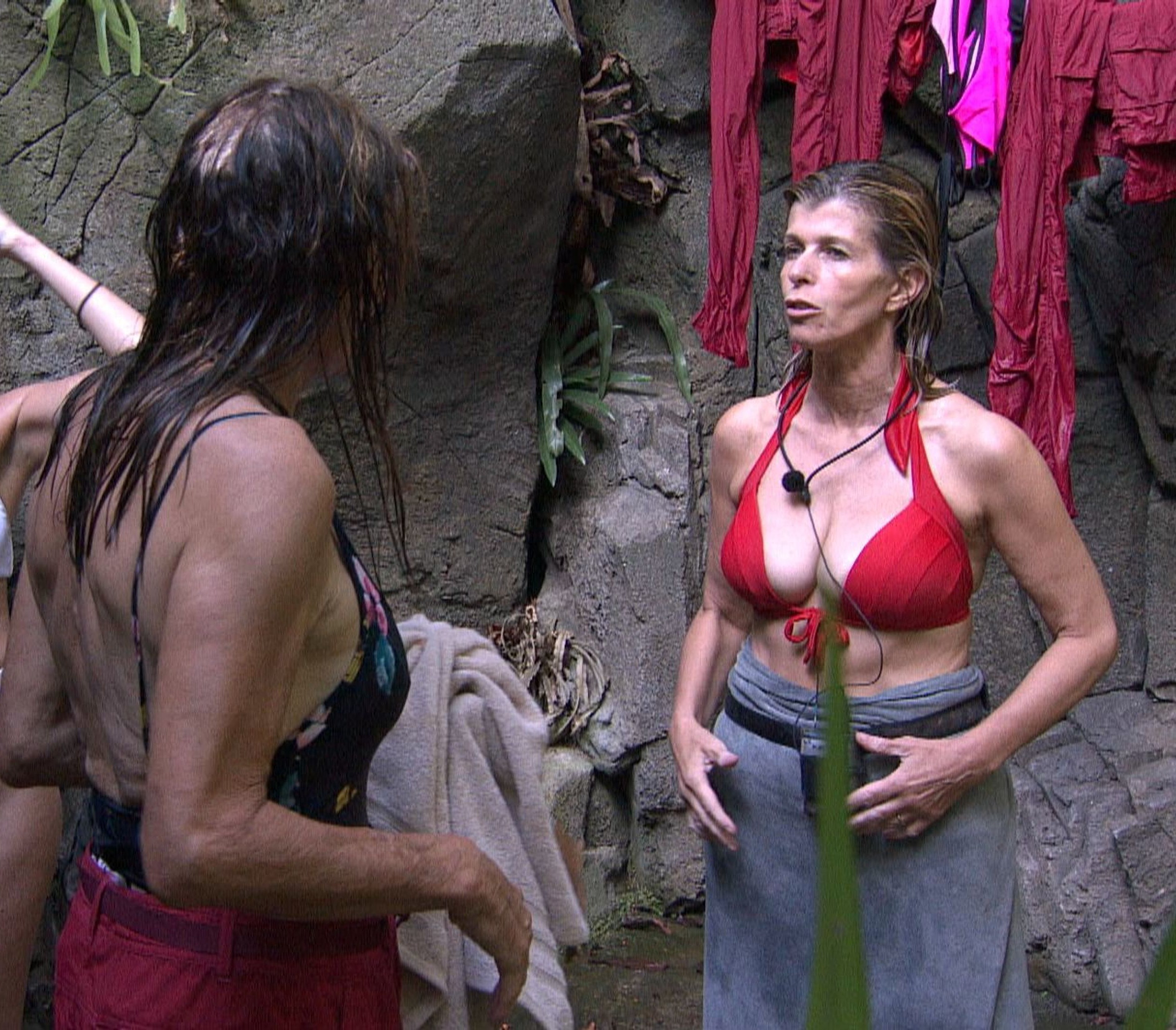 After welcoming her daughter Darcey in 2006, Kate told The Mirror: "Everything's a bit saggy. I'm flopping all over the place because I never have time to exercise.

"But I'm happy with my shape. Being pregnant changes your body image. You watch your stomach expand. If that happened without being pregnant you'd be in deep distress!

"But because you're excited about what's going to happen, you view yourself differently." 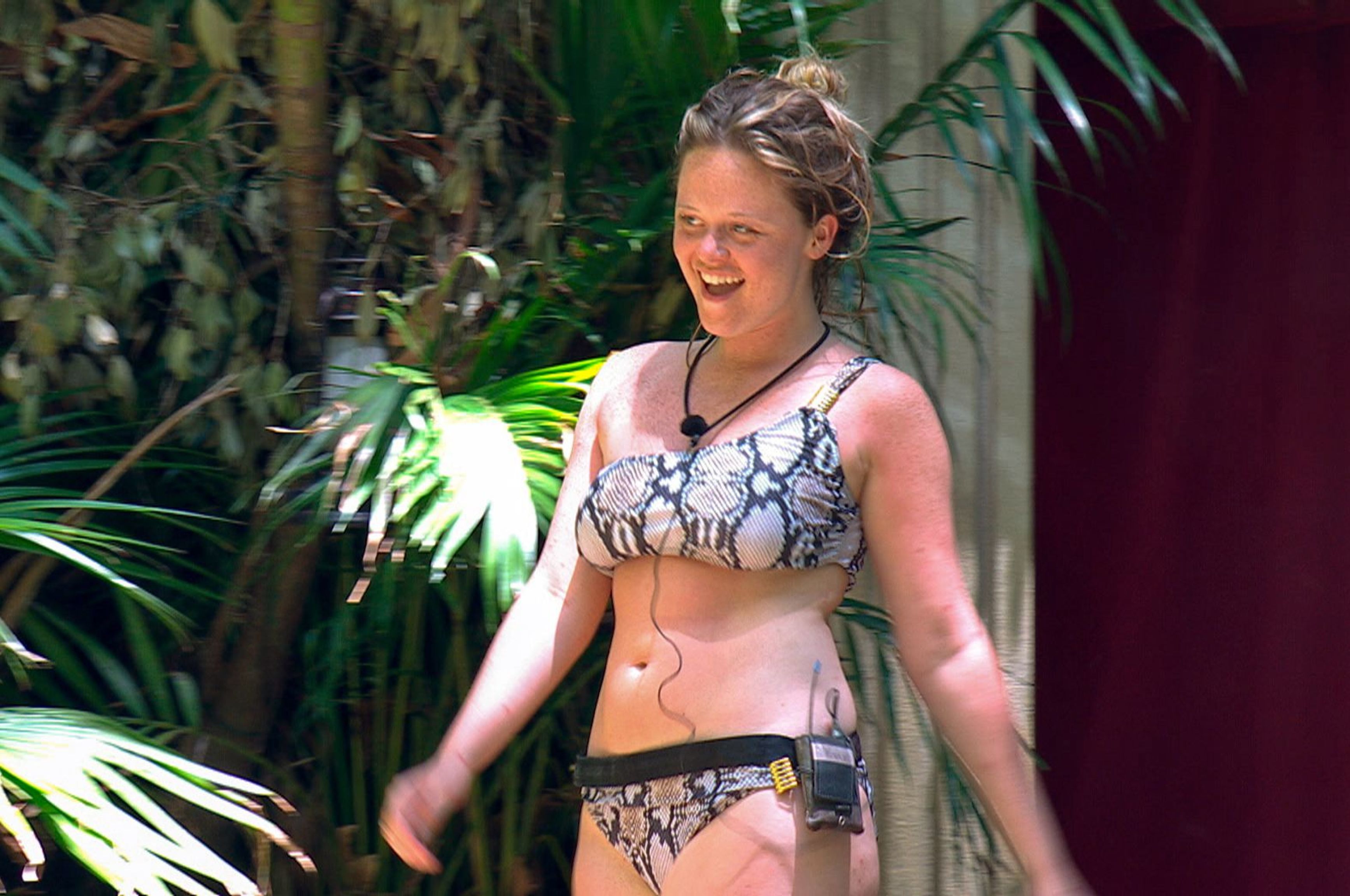 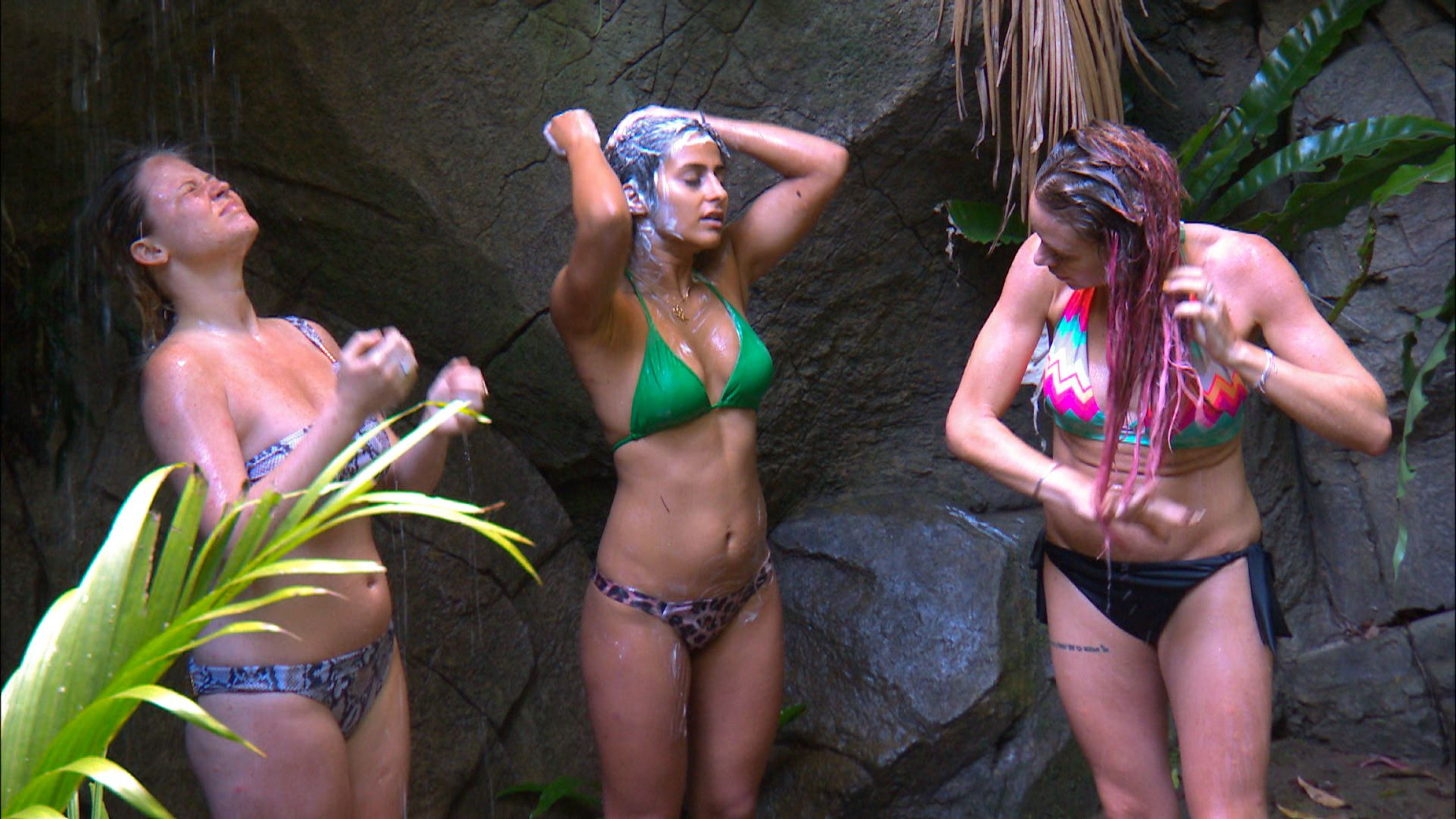 Considering how the average UK woman is a size 16, it was incredibly refreshing to see Emily Atack looking comfortable in her curves back in 2018.

Instead of Hollywood washboard abs, Emily and her co-stars Sair Khan and Rita Simons represented ordinary women this season.

The 31-year-old actress often walked around the Australian jungle in little more than a bikini – subtly telling women everywhere you don't have to be petite to look great in a two-piece.

Speaking on The Sara Cox Show last year, Emily said: "We've been brought up in a society where a size four and size six girls are how you see all the lead actresses. Most of them are that size. 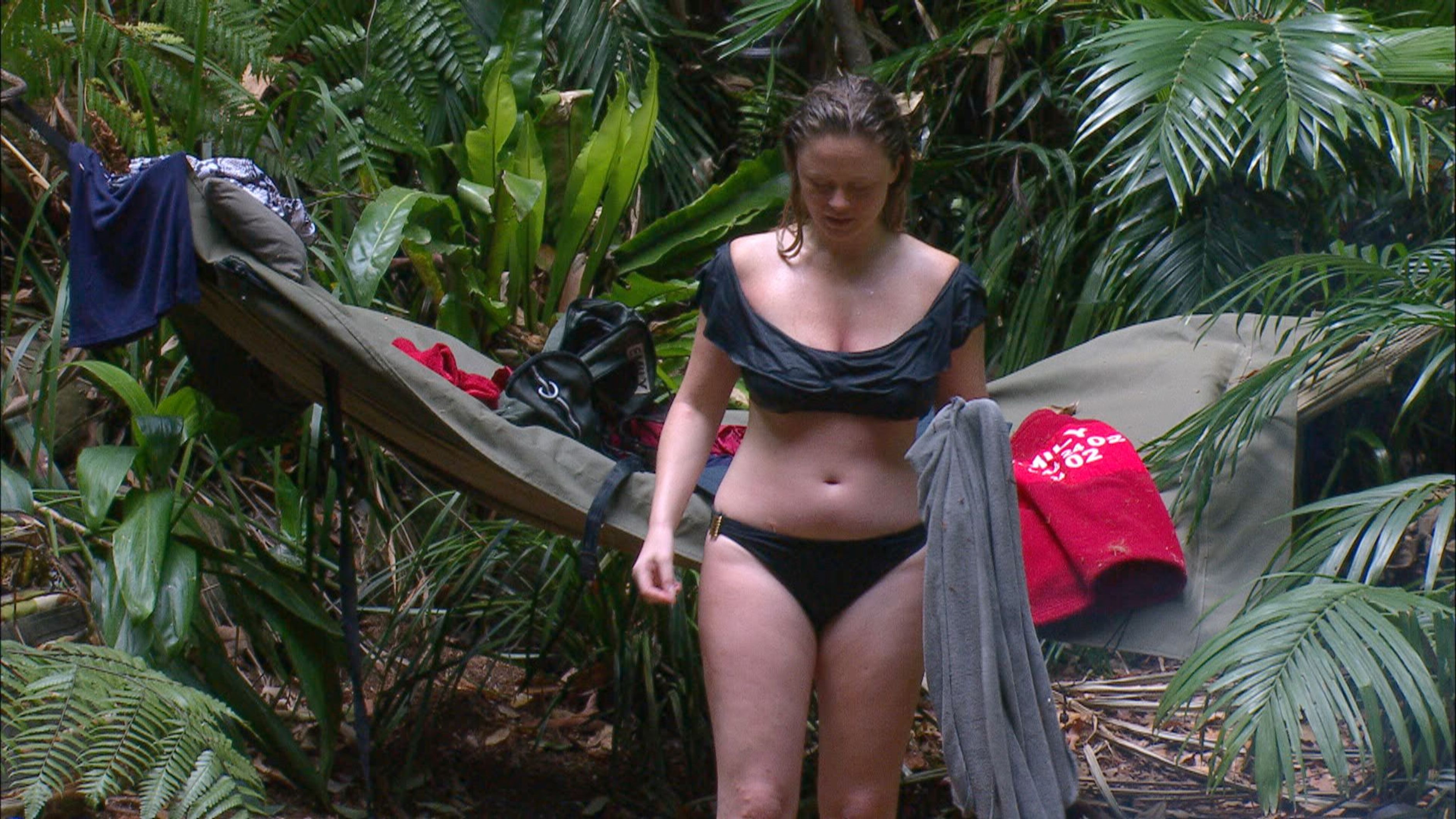 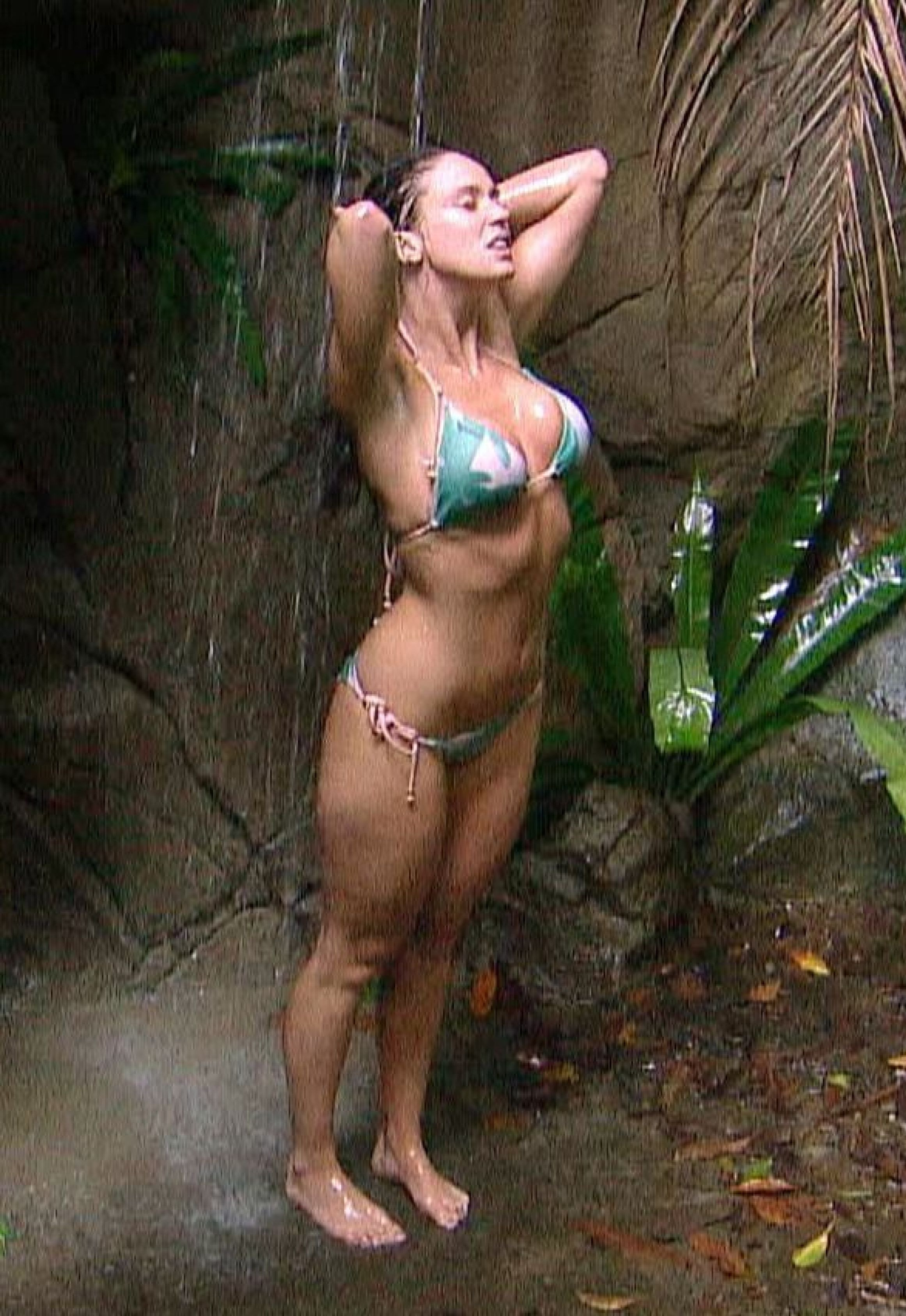 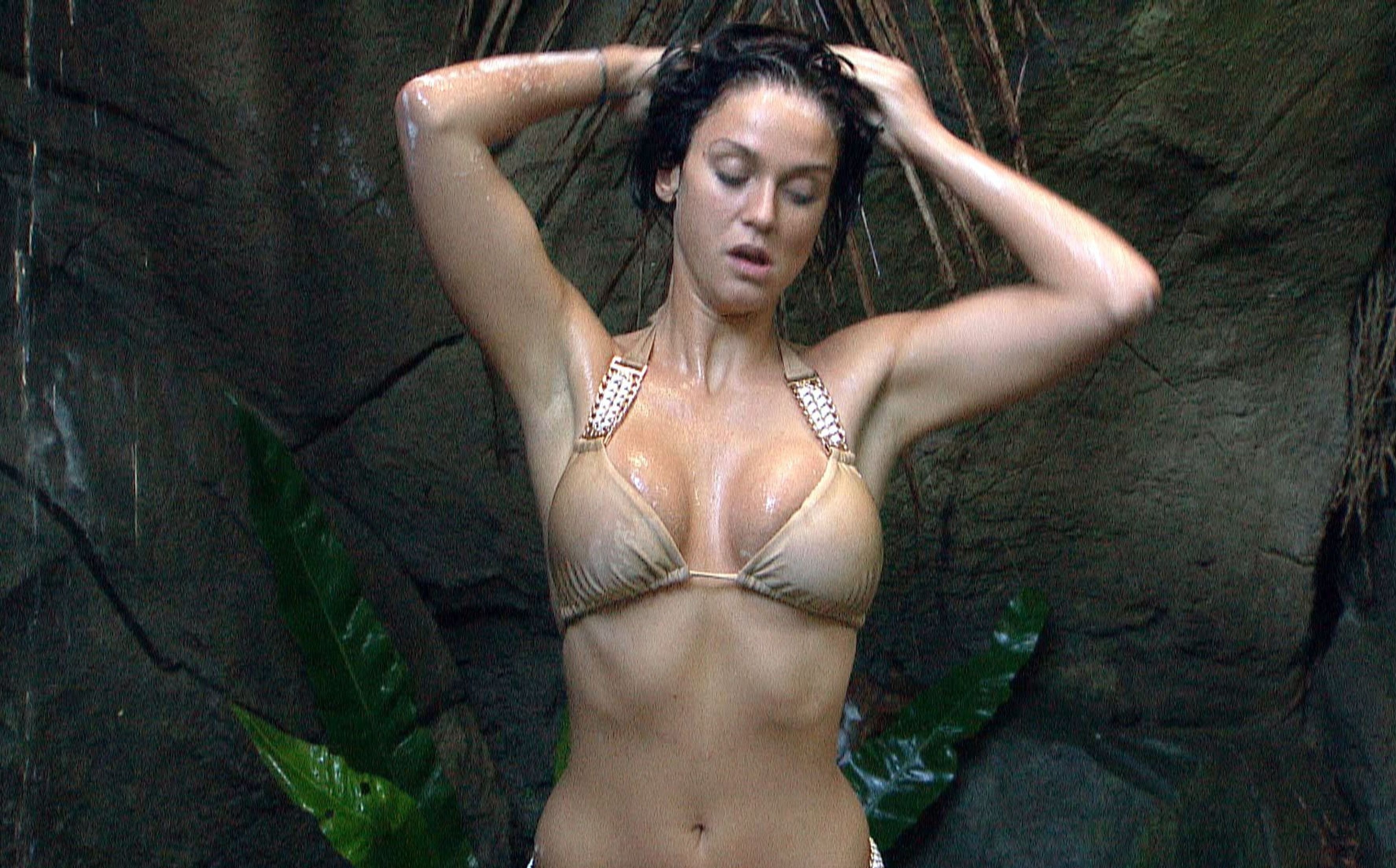 When Vicky Pattison entered the Jungle in 2015, she was an instant fan favourite.

And the Geordie Shore star – whose weight has fluctuated between a size 16 and a size six – showed you don't have to be stick-thin to look incredible in a bikini.

The 33-year-old was so comfortable showing off her curves that she even braved the freezing cold showers with her campmate Ferne McCann.

In 2018, the star said she hated counting calories when she was a size six.

Appearing on The Wright Stuff, she said: "I wanted to be out there, drinking gin and having the odd slice of pizza and having a great quality of life." 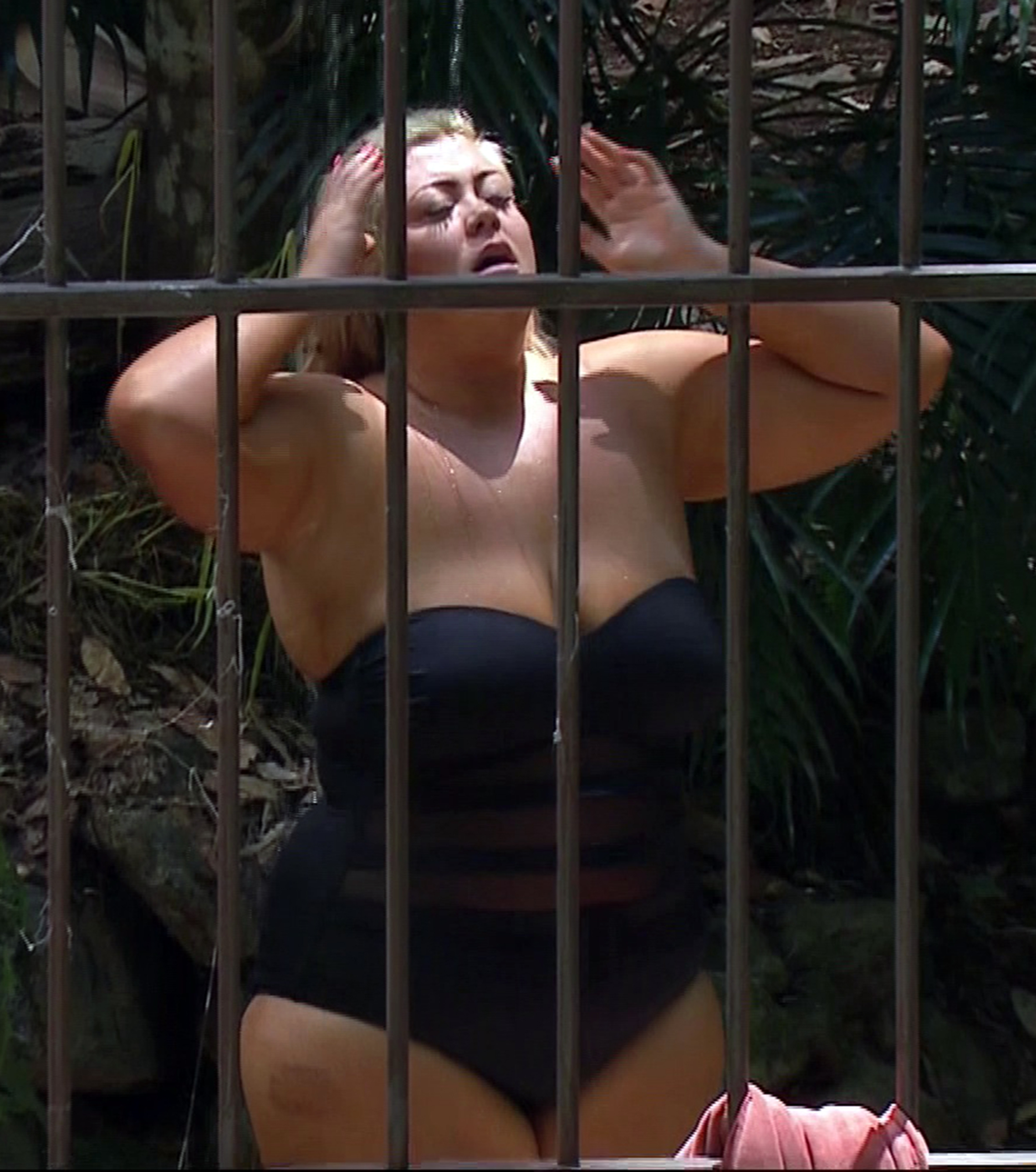 When Gemma Collins jetted out to Australia in 2014, it was an important moment for plus-size viewers.

The reality star proved just how proud she was of her size 24 figure by being the first celeb to jump in the shower that season.

She later joked: "I've never been in a shower that takes so much work, but you’ve got to roll with it, roll with it like Oasis did."

"The shower was lovely. I wouldn’t say I'm clean, but I’m cooled off."

In 2017, I'm a Celeb bosses continued to move away from super skinny starlets by casting some more average-sized women. 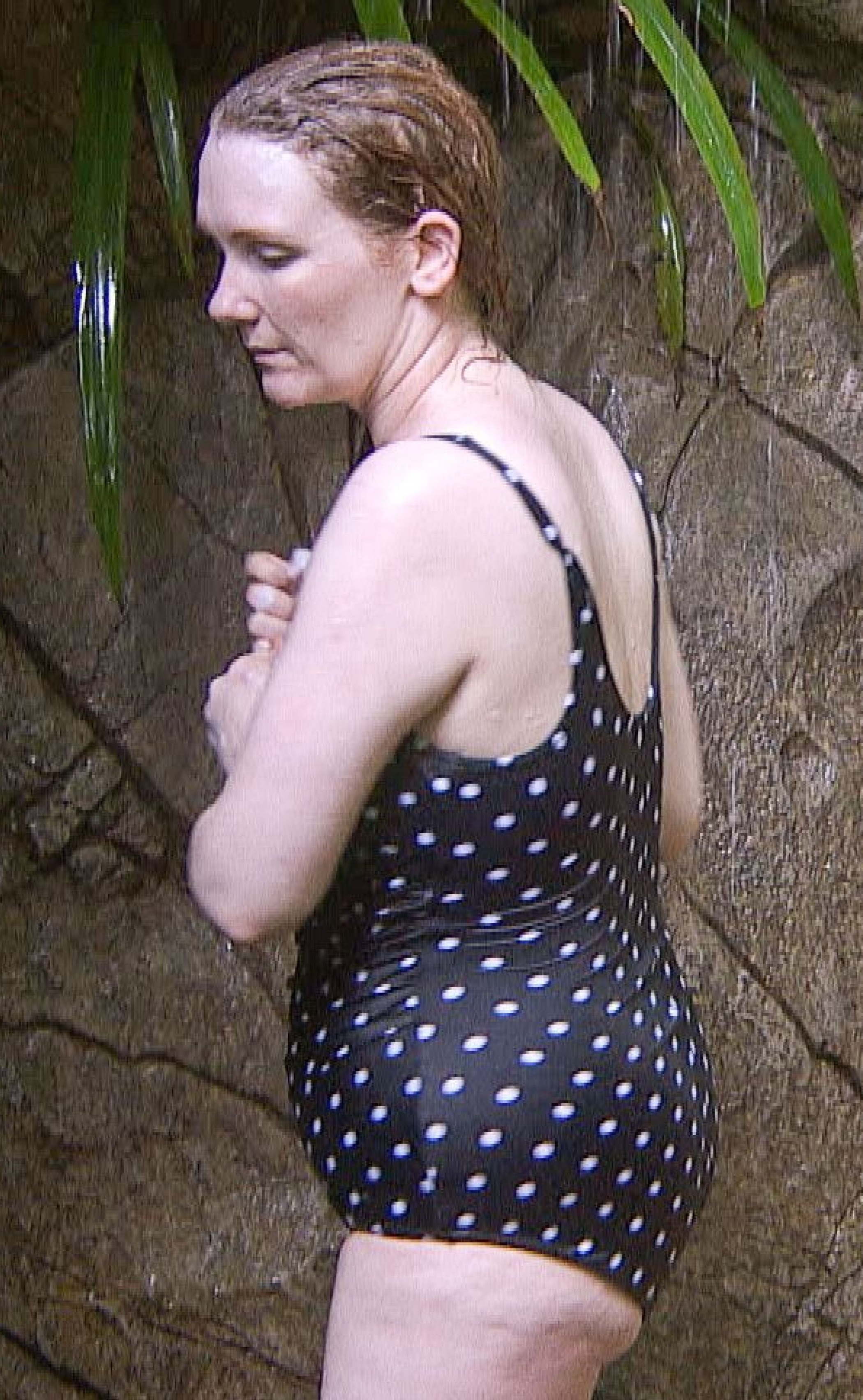 Jennie McAlpine, 37, swapped the cobbled streets of Corrie for the Jungle three years ago.

Like lots of mums, Jennie opted for a one-piece when braving the ice-cold shower. 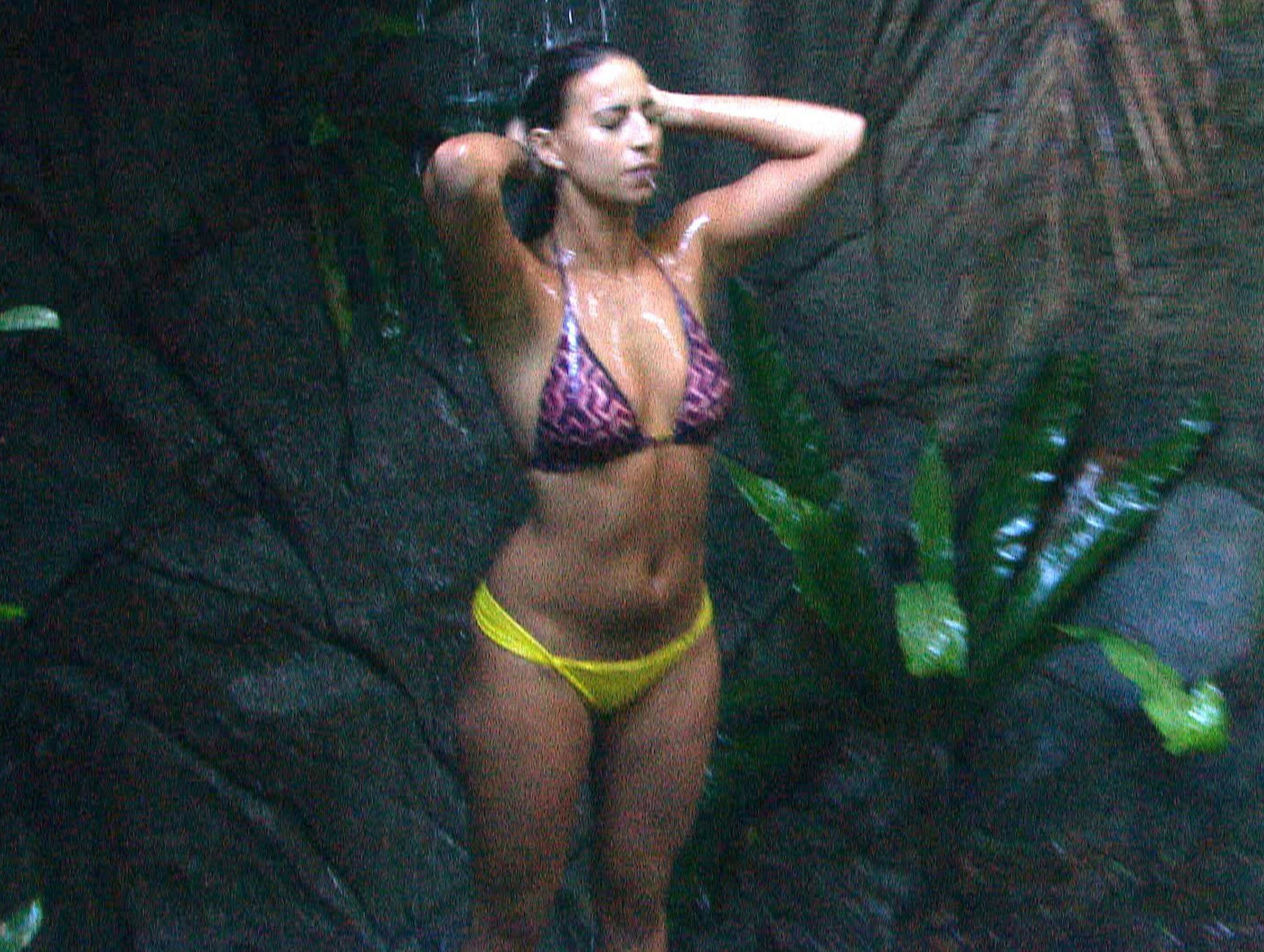 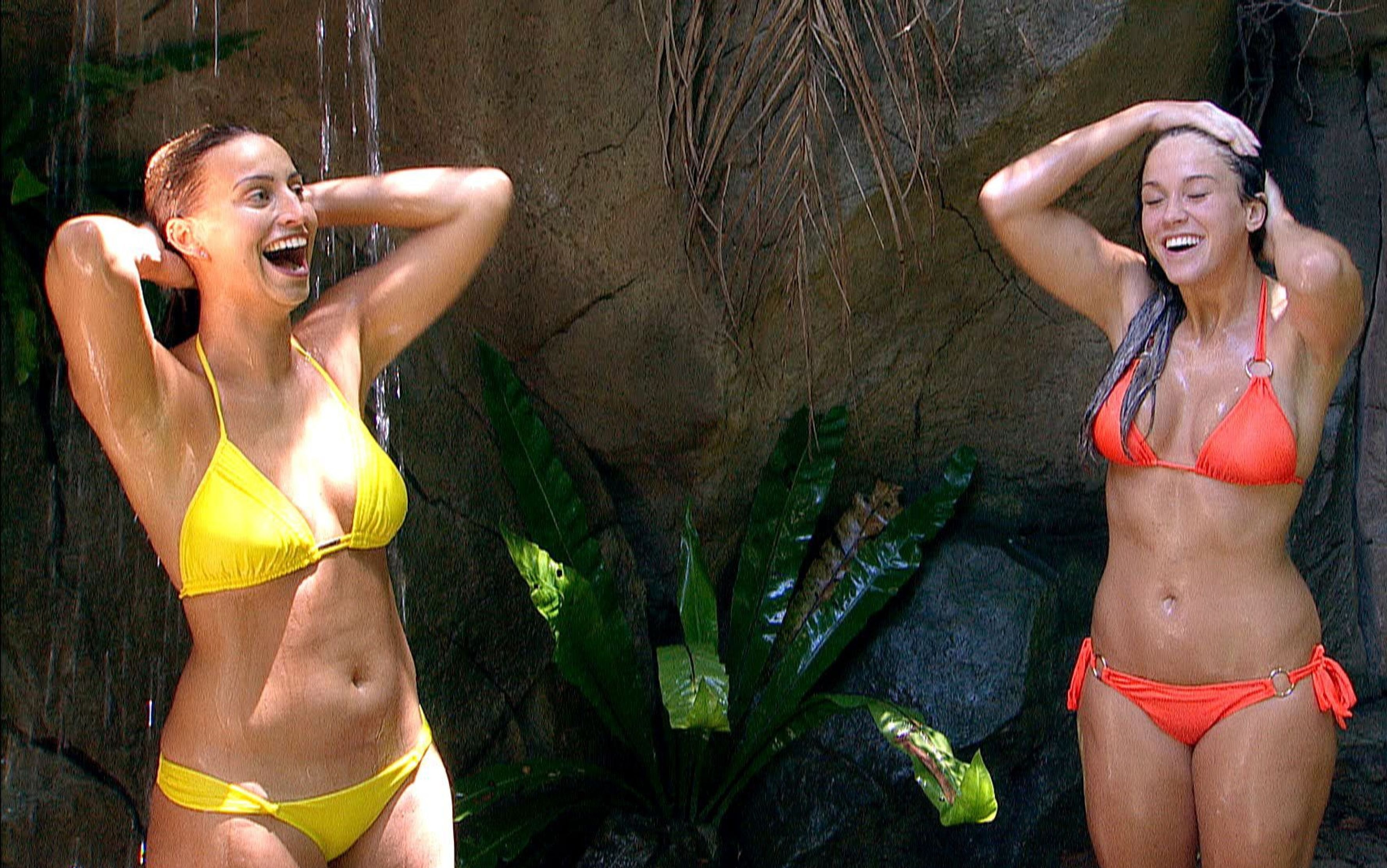 There's no denying that Ferne McCann brought a little Essex glamour to the Jungle in 2015.

The TOWIE bombshell wasn't self-conscious to show her fit figure in the showers – and revealed it was the "biggest" she'd ever been.

She said at the time: "I’ve never been bigger but I’ve never felt better. I’m the fittest I’ve ever been.

"I can run further and train longer than ever before. I like feeling fit rather than thin." 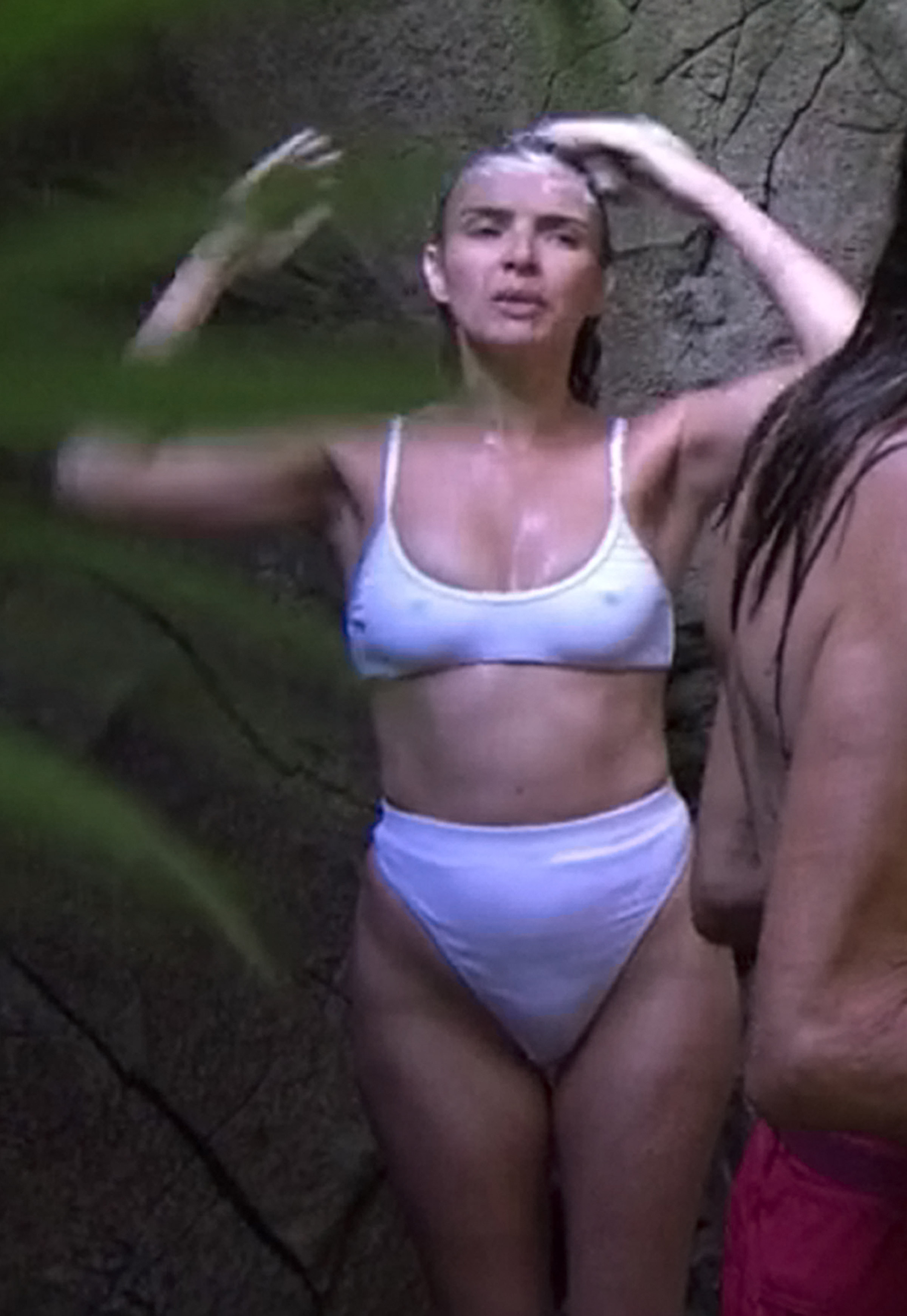 Former Girls Aloud member Nadine Coyle, 36, was another star who showcased her curves in the I'm a Celeb showers last year.

The mum-of-one looked incredible in a white high-waisted two-piece and joked that she completely forgot she was being filmed.

She told us: "You can forget yourself and you’re doing your thing because it’s such a natural thing to be in the shower, then you’re like, “Oh, that’s right – the cameras! We’re on TV!"

Speaking to Fabulous magazine ahead of her jungle debut, Nadine said: "I have insecurities, but they don’t consume me. It doesn’t bother me if my hair’s a mess or if I have a bad skin day. I just don’t look in the mirror!

“And weight has never been an issue that’s bothered me, and my mammy has a lot to do with that. Me and my two sisters are all different sizes.”

The Saturdays' Vanessa White tried to avoid the shower at all costs because of the leeches lurking around the rocks. 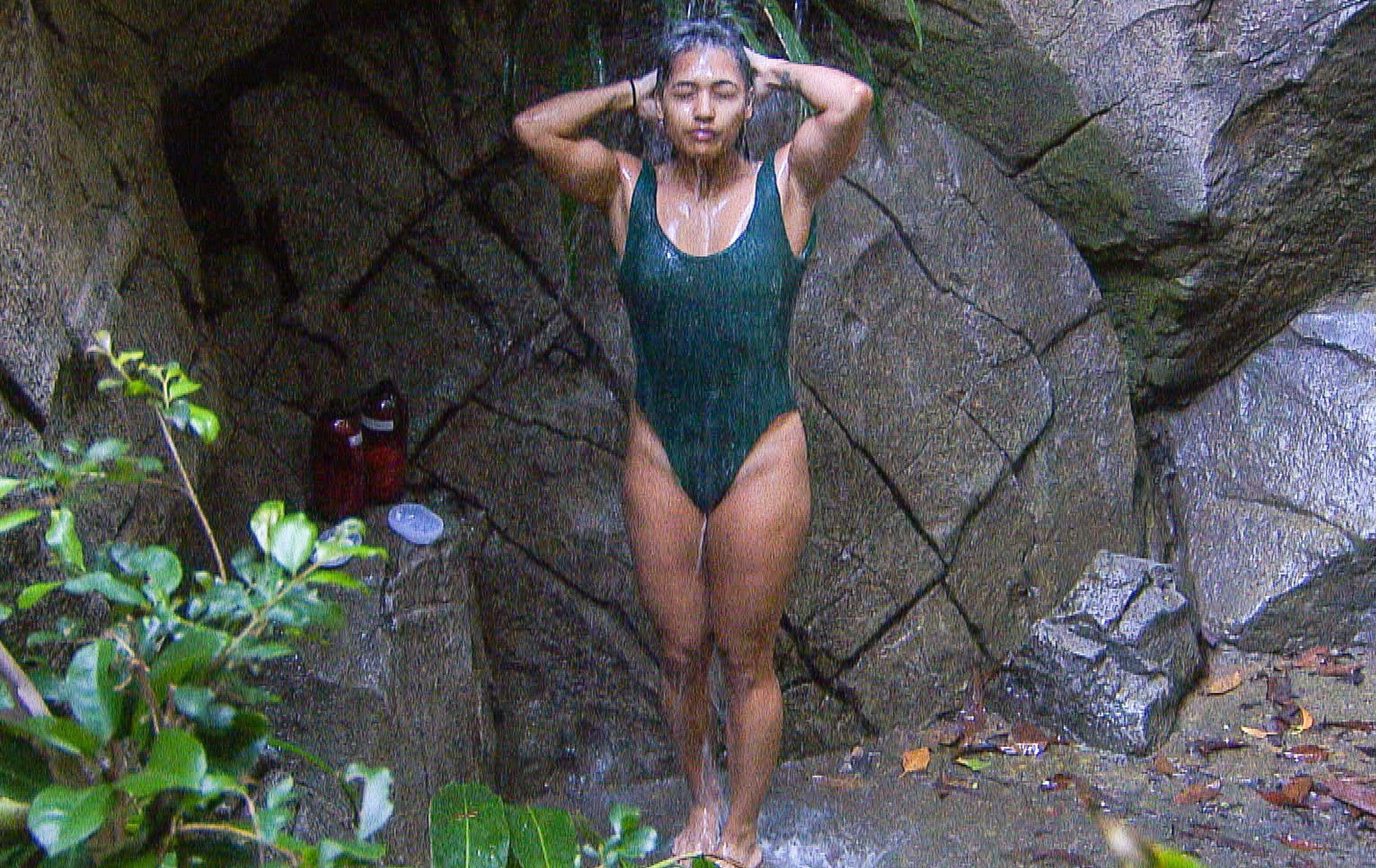 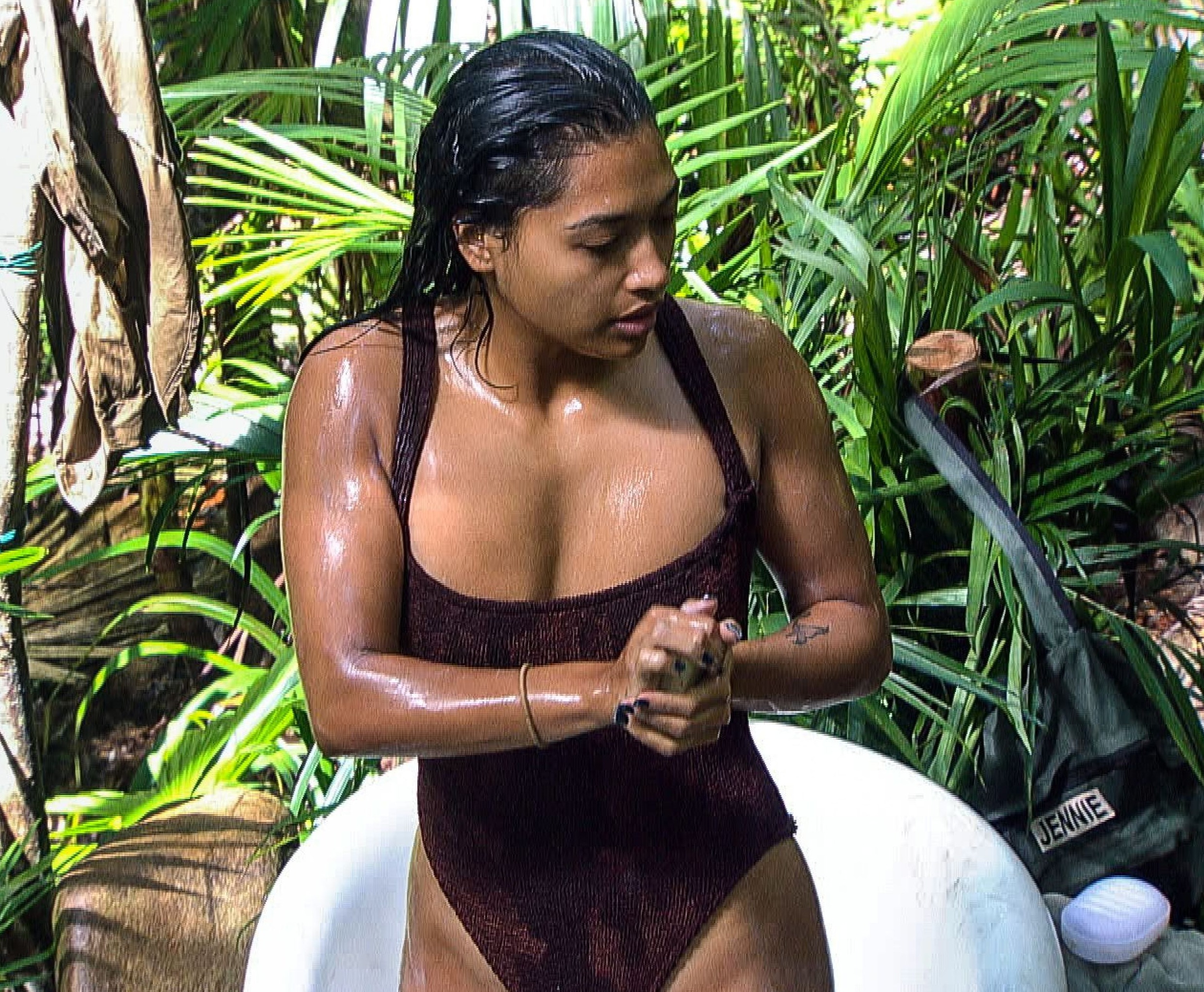 But when she did brave it, the stunning singer, 32, looked incredible in her one-piece swimming costumes.

As the show continued to showcase a range of women's bodies, Vanessa – who is just 5ft1" – represented petite women across the UK. 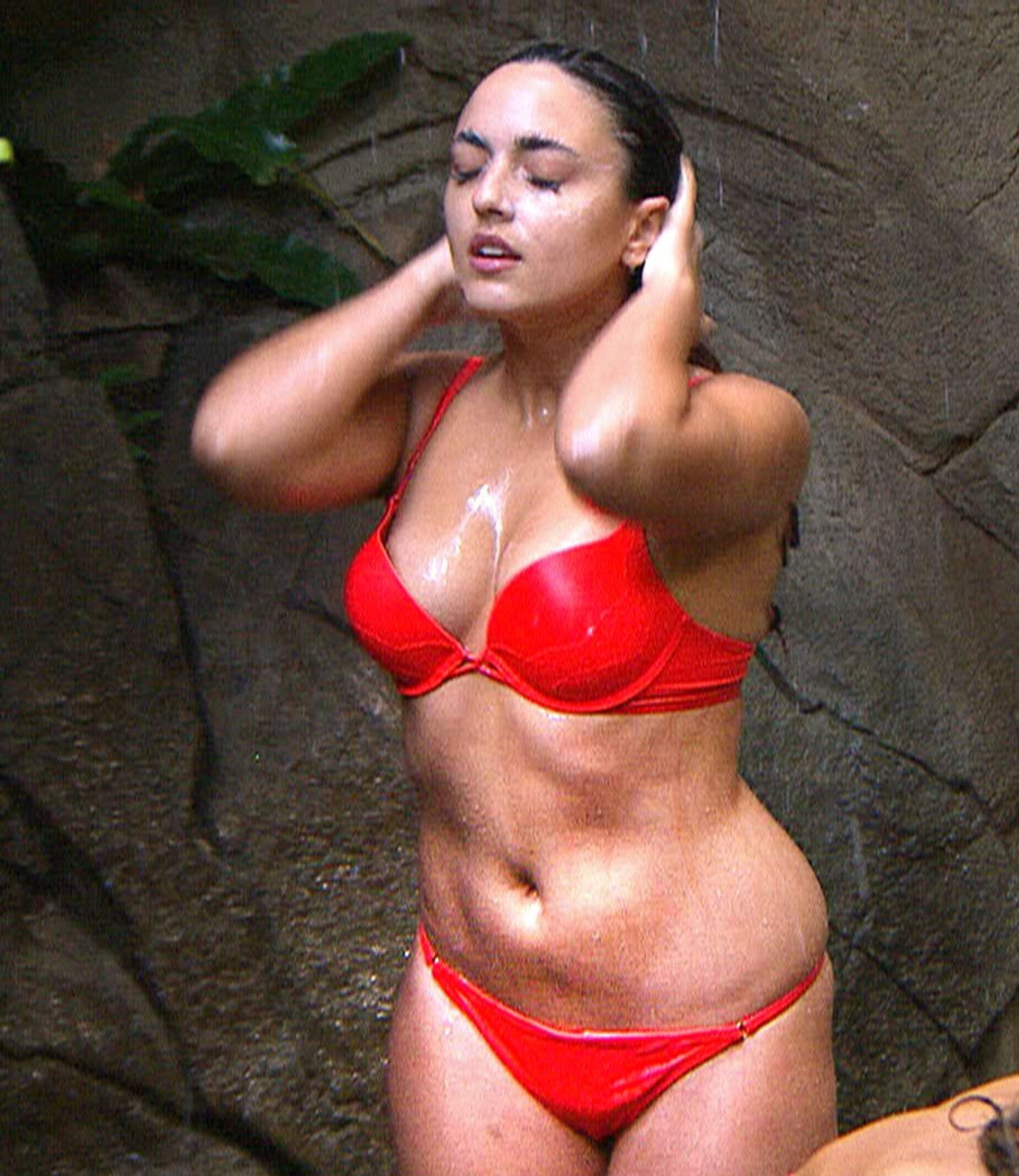 Lingerie model Nadia Forde was a fan favourite when she appeared on the series in 2014.

The star won her a legion of female fans who recognised their own curves in her incredible figure. 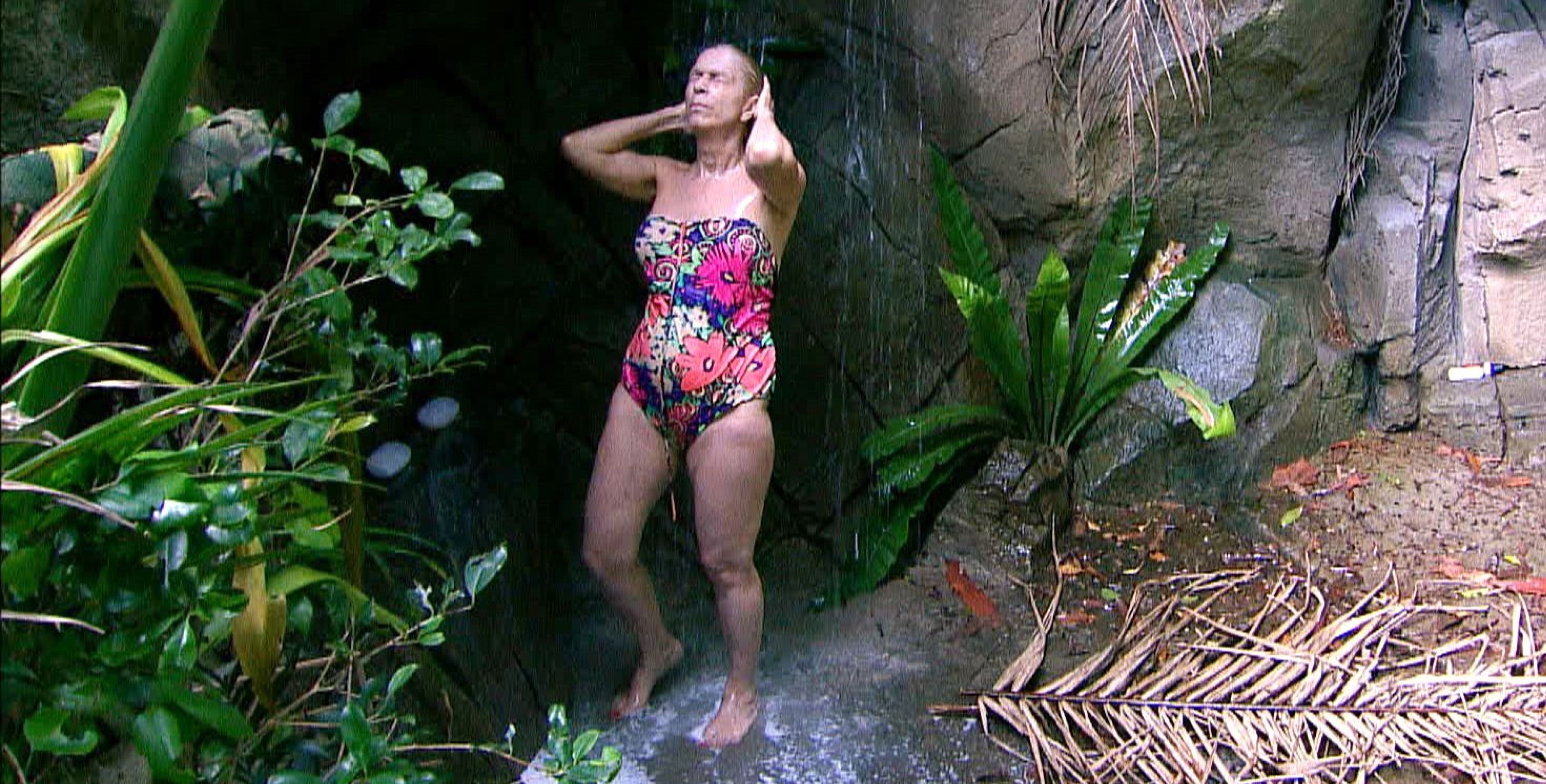 Outspoken author Lady Colin Campbell appeared in the jungle in 2015, when she was in her 60s.

She ended up leaving the show due to 'medical grounds' before it ended.

END_OF_DOCUMENT_TOKEN_TO_BE_REPLACED

By Ludwig Burger and Pushkala Aripaka    (Reuters) -The EU drug regulator said on Tuesday it could approve vaccines adapted to target the Omicron variant of the coronavirus within three to four months if needed, but that existing shots would continue to provide protection.    Speaking to the European Parliament, European Medicines