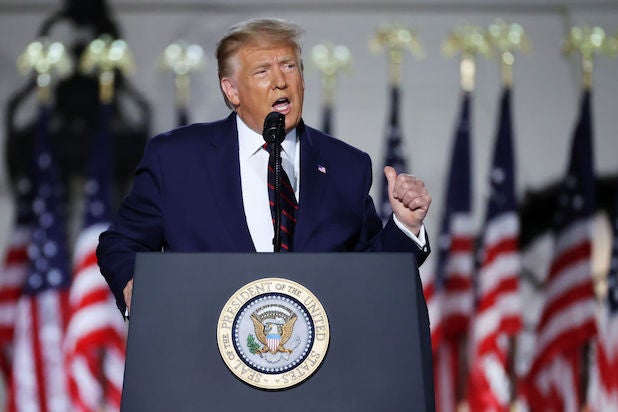 Hundreds of people protested outside the White House on Thursday evening as President Trump gave his remarks, accepting the Republican Party’s nomination at the Republican National Convention.

Many of the protesters gathered on Black Lives Matter Plaza, located on a street across from the White House, and chanted and danced to the music to make noise. According to reporters at the South Lawn, the sounds of sirens could be heard as Trump spoke before a crowd, while the sounds of music blasting from speakers, drums and airhorns could be heard outside the White House as protesters sought to audibly disrupt the convention’s speeches.

“We’ve gotta make some noise,” a DJ playing the music said, according to the Washington Post. “We’ve gotta drown him out.” 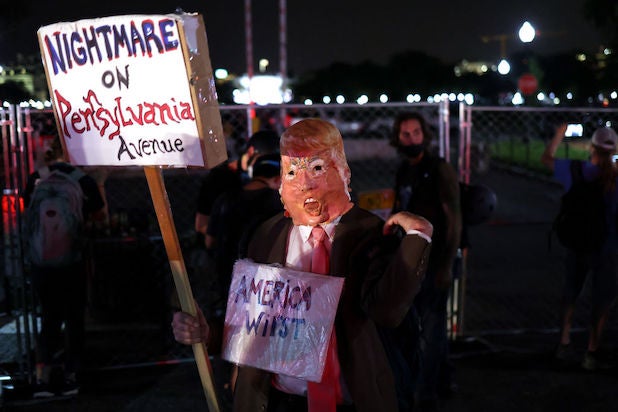 Protesters outside the White House during the RNC. (Win McNamee / Getty Images)

Thursday’s RNC featured a combination of pretaped and live speeches, with Trump accepting the nomination after a speech from daughter Ivanka before a large crowd on the South Lawn.

Watch clips from the protests below:

END_OF_DOCUMENT_TOKEN_TO_BE_REPLACED

END_OF_DOCUMENT_TOKEN_TO_BE_REPLACED
Recent Posts
We and our partners use cookies on this site to improve our service, perform analytics, personalize advertising, measure advertising performance, and remember website preferences.Ok