Home » TV & Movies » Inside Top Gear's most dangerous series yet – with death-defying stunts, huge explosions and ring of FIRE

Inside Top Gear's most dangerous series yet – with death-defying stunts, huge explosions and ring of FIRE

WORKING alongside a handsomely chiselled Jamie Redknapp, you always have to bring your A-game, according to Freddie Flintoff.

But reuniting with his Top Gear co-hosts Chris Harris and Paddy McGuinness for an explosive new series, the former cricketer quips that the pressure is off. 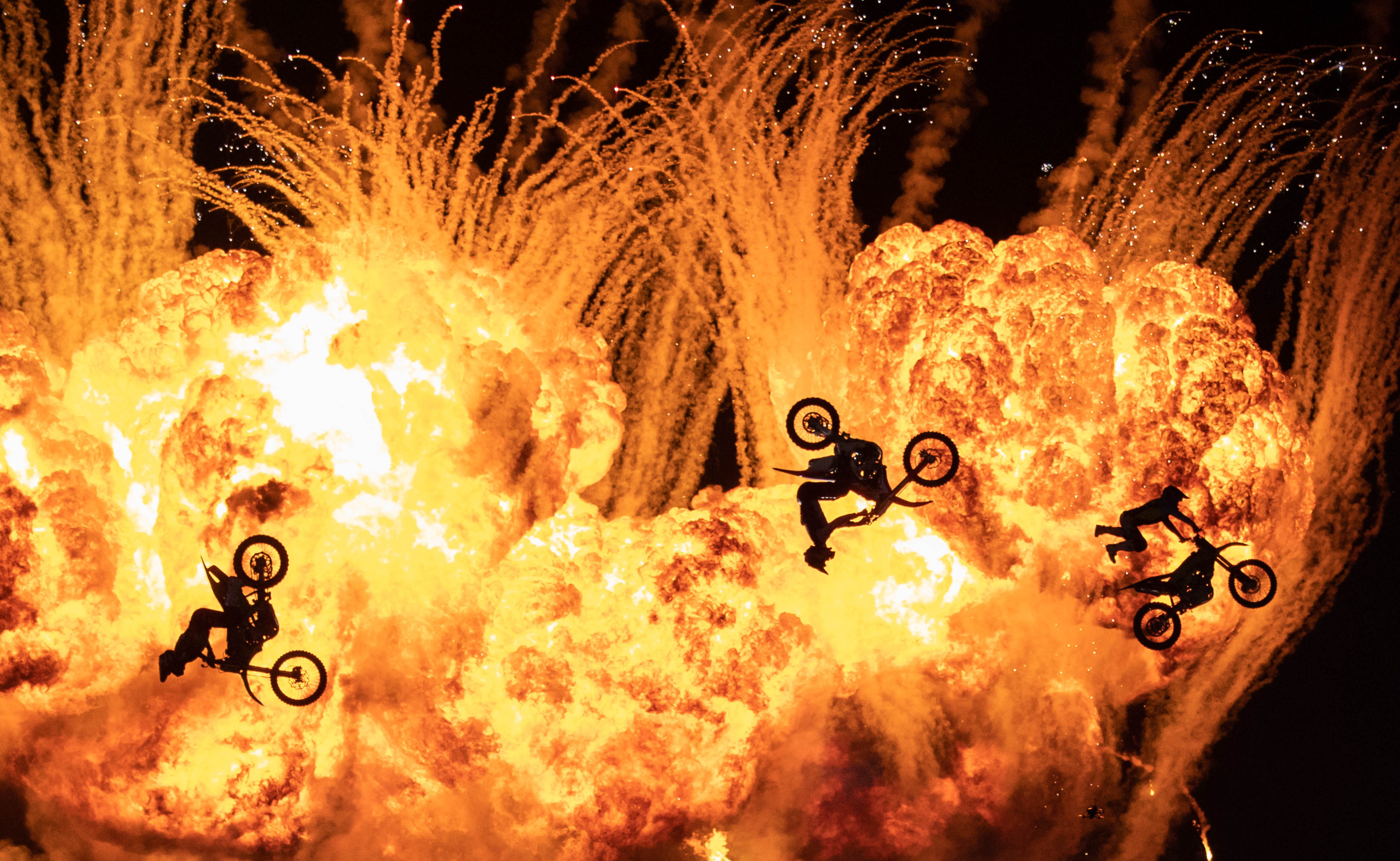 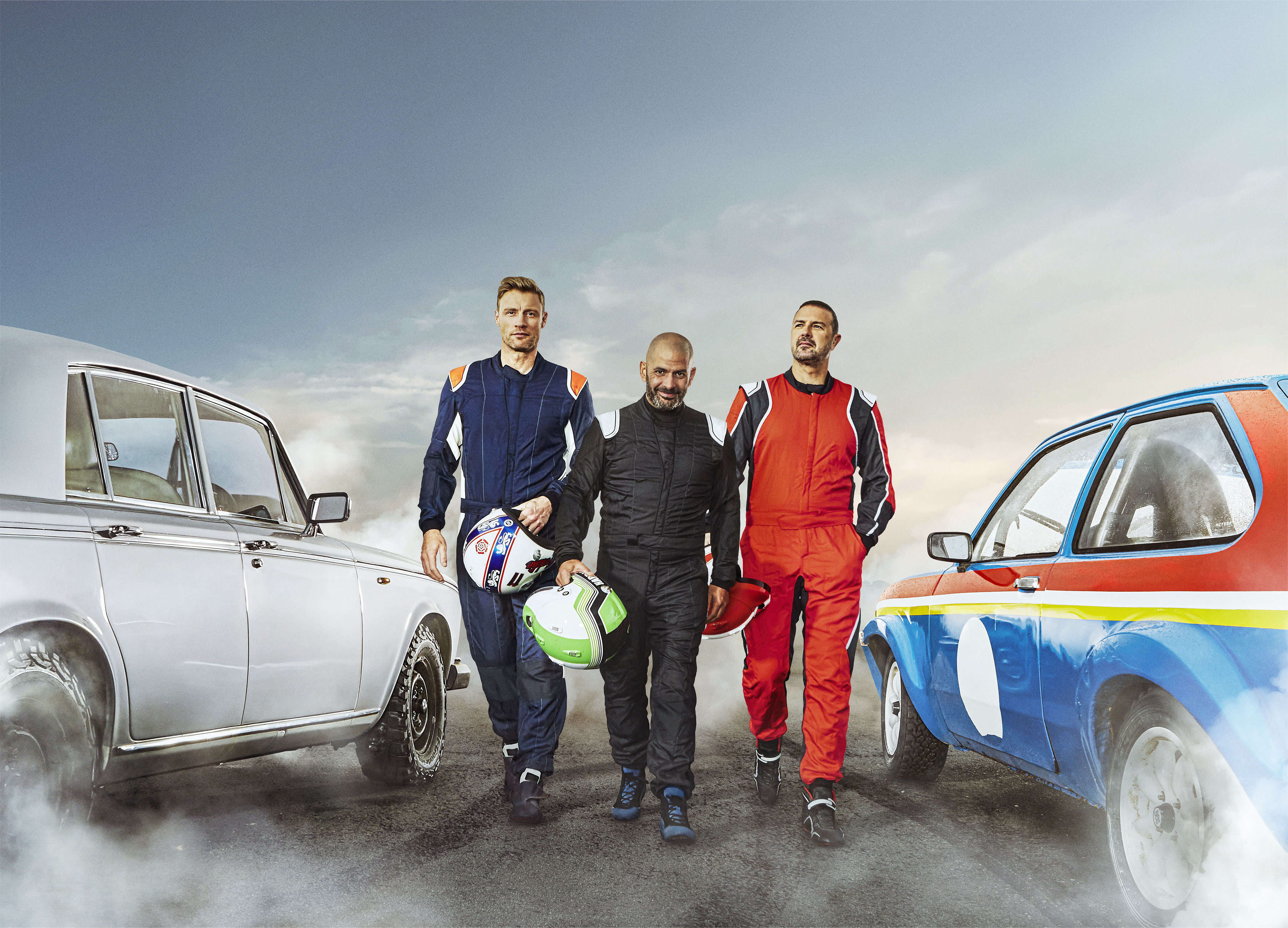 The trio are on top form as they sit down for an exclusive interview ahead of the 31st outing of the BBC1 motoring show — which is one of the most exciting series to date.

Freddie, 43, tells me: “Usually I have to work with Jamie Redknapp and I have to really try to look good. But with this pair it doesn’t matter.”

His dig gets a chorus of laughter from Chris and Paddy, with the latter replying: “We are just like trolls next to Freddie.”

Chris adds: “We’re not under pressure in that regard.”

Since they came together in 2019, the trio have proved to be a presenting force to be reckoned with.

And their banter off camera is just as good as it is on screen.

Teasing Freddie, Paddy, 48, outs him as the vainest member of the team.

He says: “Every time we do a photo, Freddie has to stop and look at it.

Regardless of who looks more smouldering in their latest press shots, the three of them agree this is probably their best series of Top Gear so far.

After the pandemic put paid to any foreign assignments on their last adventure together, the lads are finally let loose abroad again — and have filmed a spectacular one-off special in Iceland.

‘I WAS CRYING, IT WAS SO EMOTIONAL’

Sadly, Freddie was forced to pull out after being in close contact with Jamie — his fellow team captain on Sky Max’s A League Of Their Own — who had Covid.

Freddie moans: “I didn’t have it but Redknapp did. But you know, it’s hard not to get close to Jamie.”

While he was confined to barracks, Paddy and Chris explored some of the finest sights — and spirits — Iceland has to offer, along with a spot of sand drag racing and car parasailing.

Chris, 46, says: “It was amazing to be on a plane again. We did the black beaches in the south. The volcanic beaches are remarkable.”

Paddy adds: “One of the local lads tried to give us moonshine when we were out there doing a drag race.

“I was like, ‘That’s not the best thing to have before driving, being honest’.”

Chris continues: “It was 77 per cent proof Moonshine and Top Gear boss Clare, she confiscated it. I would have been all over that.

“But seriously, we felt privileged to get away. We needed to get abroad because we have explored so much of the UK. Going away reminded us why we make this show.

“But there were two parts of the film which were made for Flintoff, and because he wasn’t there we had to step up, and we didn’t step up very well.”

Quick as a flash, Freddie asks: “Was it a mental agility challenge?”

Along with their usual challenges and stunts — in­cluding road-testing a raft of new motors such as a Lamborghini Huracan STO, Chevrolet Corvette and Aston Martin Victor — the BBC encouraged the three men to explore their passions, too.

In the most emotional film of the series, A Question Of Sport host Paddy gets to meet his hero, Eddie Kidd.

The 62-year-old former motorcycle stunt rider suffered brain damage and was left paralysed after a display went wrong in 1996.

Paddy goes all out to honour his legacy, including putting on a jaw-dropping display with some of the country’s best stunt stars.

He says: “It was so special being around Eddie.

“He has a little bungalow in Brighton and the bike he had the crash on is in the hallway.

“As a fan I wanted to spend all day there asking him questions. At the end of the show after the stunts, there was a moment when one of the drivers, Terry, who had known Eddie for 30-odd years, was with Eddie and it was the first time I saw him break down.

“I was crying. It felt to me that Eddie was like, ‘This is the life I had before the horrendous accident’.

“And that he would still be doing it now.

“It was just so emotional. I think we have done him justice.”

Meanwhile, motoring journalist Chris is seen living his dream by racing against Formula 1 drivers at Silverstone during the British Grand Prix weekend.

He competed in a relay with Paddy and Freddie against Lando Norris, Sebastian Vettel and Antonio Giovinazzi. Chris says: “To have Top Gear at the Formula 1 at Silverstone was something so special.

“And to get some F1 drivers on the show, it was unreal.”

The most memorable part of the race, which features during the first episode this Sunday, sees Paddy unable to remove his handbrake and being left languishing on the start line.

The blunder, as his co-stars now regularly remind him, is even worse than when he crashed a £250,000 Lamborghini into a field after misjudging a corner last summer.

About his latest mishap, Paddy says: “I’d had that car for a couple of days and I’d been driving it all the time.

“But apparently, when you leave the engine running for a while and then open the door and get in, it puts the handbrake on.

“I took my foot off the brake and nothing. Something was awry. I thought the car had gone. I s**t myself.”

‘I’M DESPERATE TO GO INTO SPACE'

Helpfully, Chris adds: “Actually, it turns out it was the human brain that had st itself.”

For Freddie’s film, he decided to work on getting his professional racing licence — which Paddy and Chris already held.

He explains: “The more time you spend on the show the better you want to get at driving.

“I have a newfound appreciation of drivers. You’d think the fastest car wins the race but it’s not the case.

“The amount of concentration and skill you need . . .

“I was off the pace for so long. I had to have a chat with myself and get competitive again, which I had not done for years.

“I loved it, I absolutely loved it.”

The more time you spend on the show the better you want to get at driving.

The BBC’s confidence in giving the lads a free rein when it comes to planning their adventures has given the trio big ambitions for the future, however.

When asked what other bucket list adventure items they could tick off while on Top Gear, Freddie declares: “I am actually desperate to go into space. Oi, Bezos, get the first Prestonian into space! I will prove that the Earth is flat.”

While Top Gear’s top brass are more likely to want to bring their expectations back down to Earth, it turns out there is one grand plan the three have already agreed on.

They want the showdown of all showdowns now they all have their racing licences.

Paddy adds: “That is what we would love to do down the line. If not the next series then the one after.”

That looks settled then — may the best man win.

5 best moments of the series 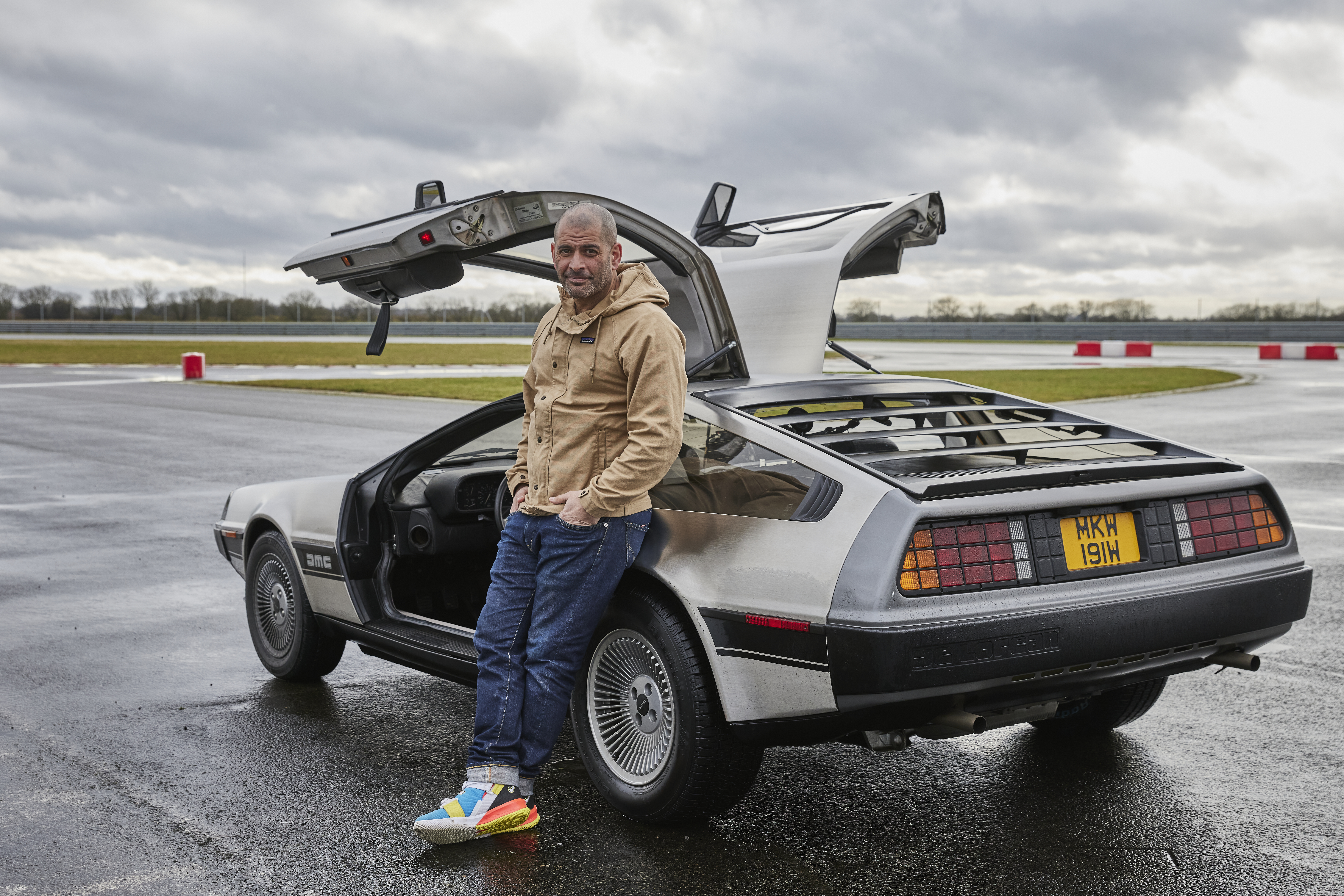 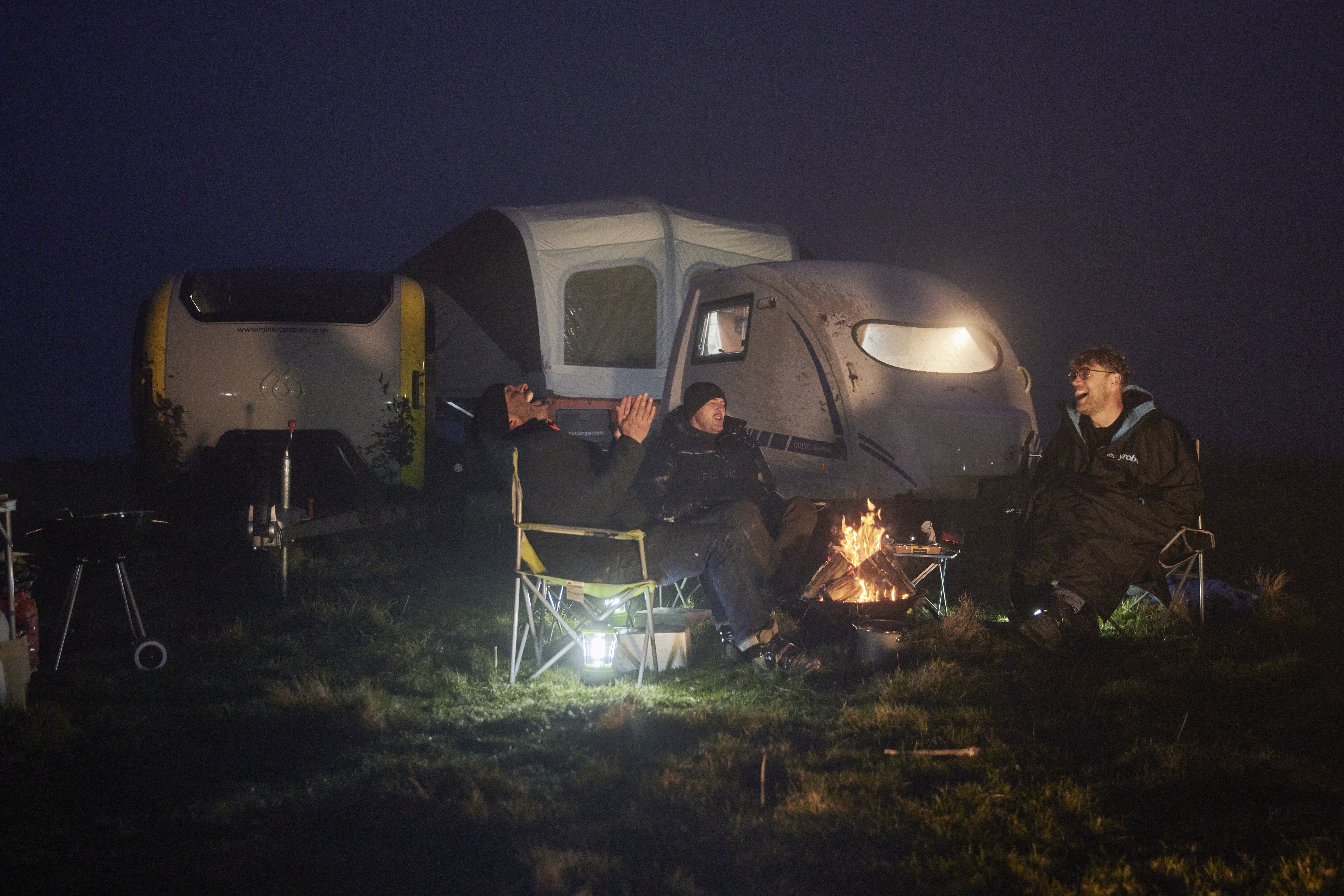 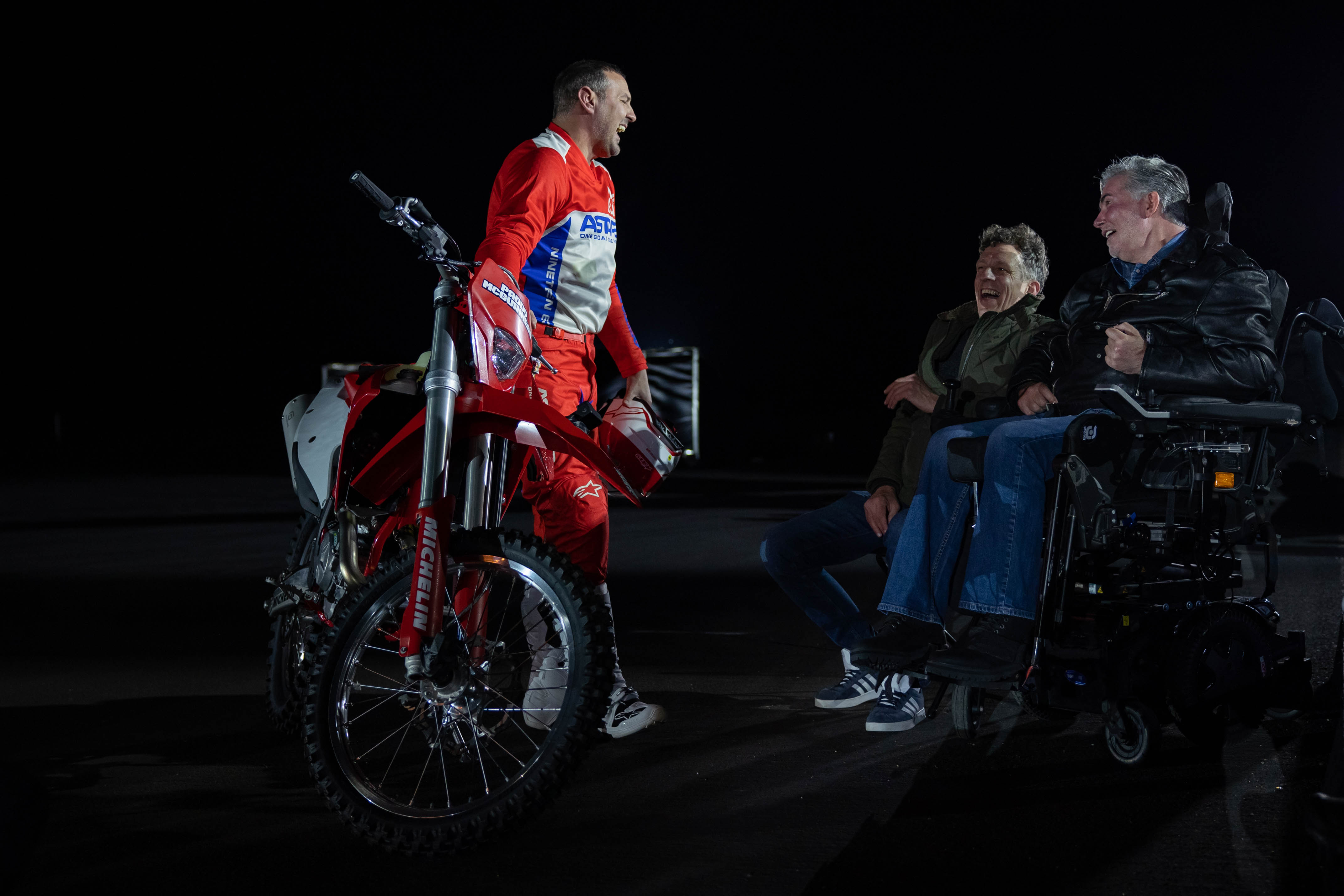 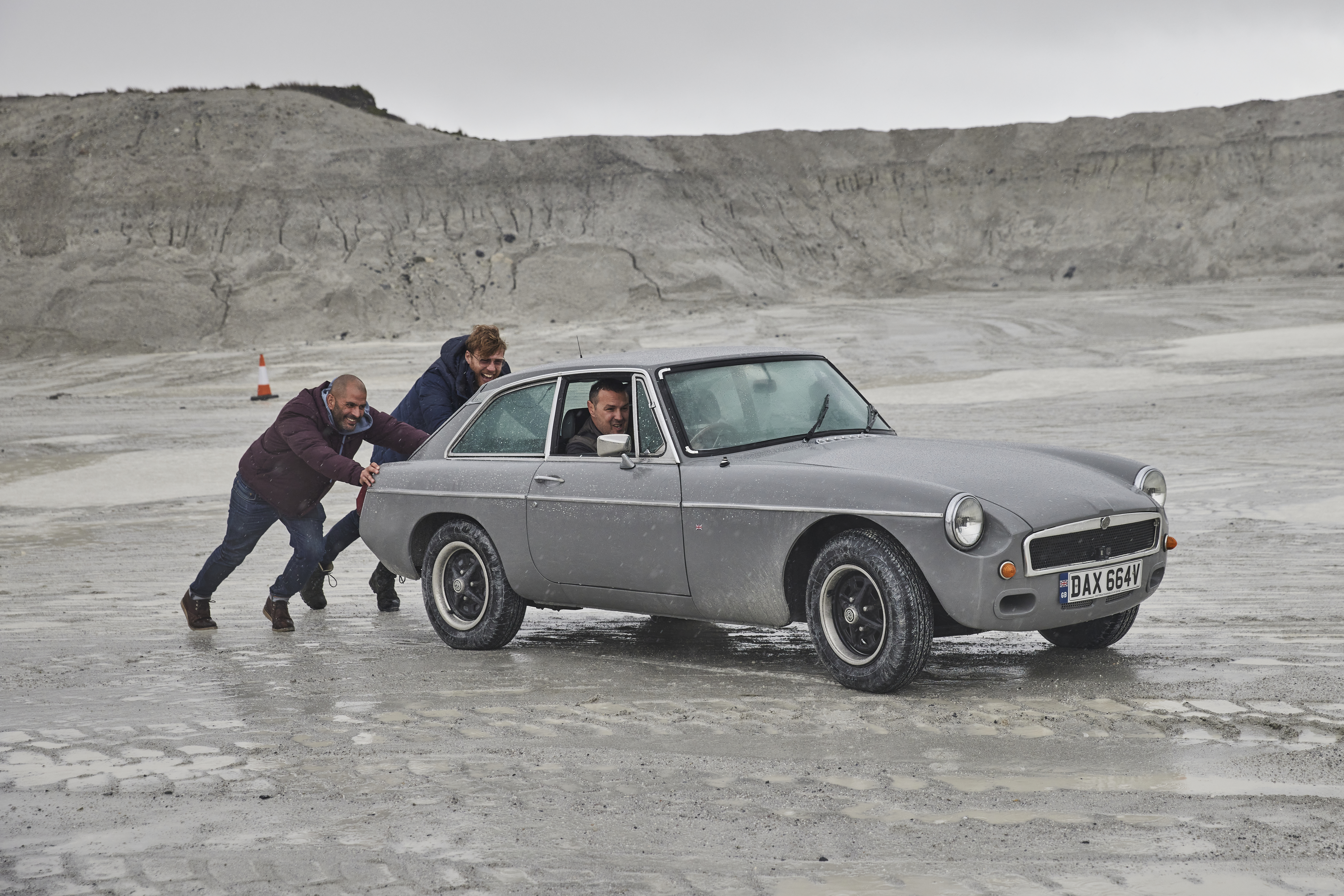 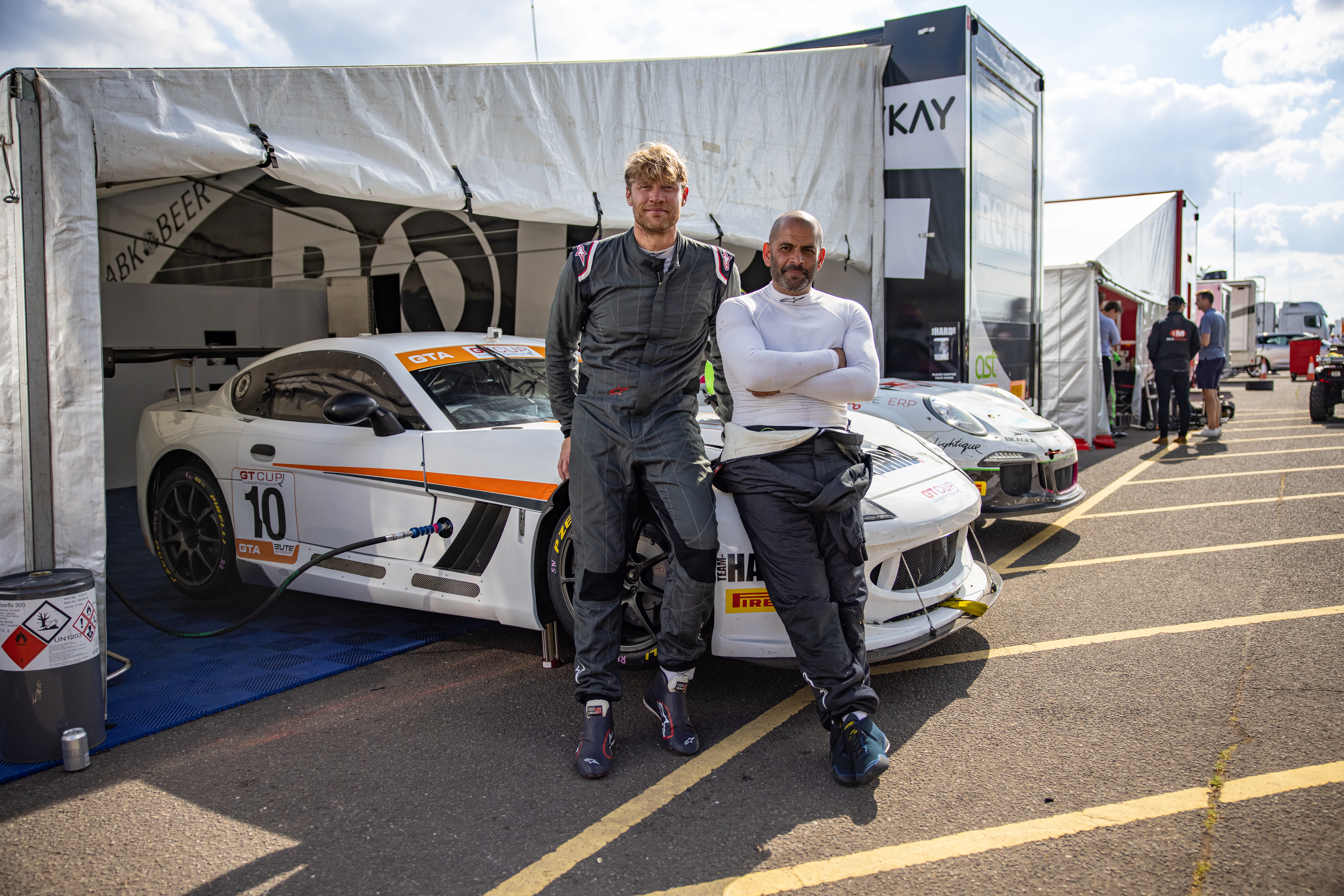