Is Warren Fox losing his way as an iconic Hollyoaks villain? 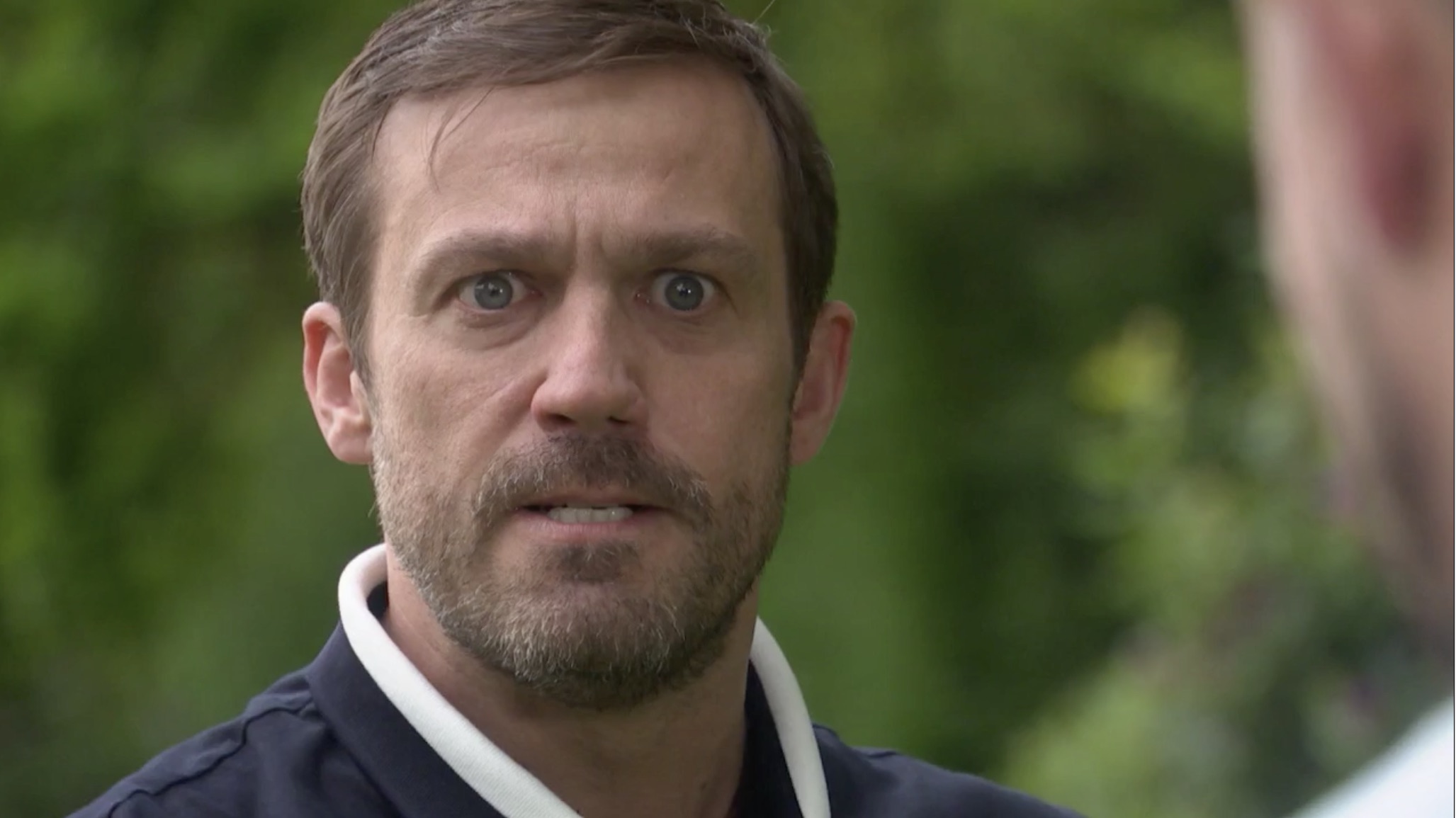 Hollyoaks mainstay Warren Fox (Jamie Lomas) is currently embroiled in a devious plot, intimidating residents throughout the village into selling their homes and businesses.

Known for his menacing behaviour since his introduction in 2006, Warren’s latest actions aren’t unusual, except for one crucial fact – he isn’t calling the shots this time.

Over the past few months he has been working for ruthless newcomer Fergus Collins (Robert Beck), seemingly happy to follow his orders. It’s left us wondering what this storyline means for Warren’s notorious reputation.

Viewers have been left confused by the narrative, as he has always played by his own rules. It just doesn’t make sense for Warren to be a pawn in Fergus’ game.

Yes, committing burglary and assault isn’t at all out of character for Warren, but doing so while under the control of  someone else certainly is – especially when these crimes aren’t for his own benefit.

In recent years, the soap has dedicated time for Warren to explore more genuine avenues, including fatherhood, romantic relationships and even unlikely friendships. His development has been compelling to watch, authentically delivered with strong performances from Jamie Lomas.

This progression balanced the heart and complexities of the character brilliantly without losing Warren’s hard man image. Yet the latter could be in danger of slipping as he remains under Fergus’ influence as an obedient employee.

Of course, we can’t ignore that in Hollyoaks, big twists are more common than a villager completing a full working day. Perhaps the reason we don’t believe in Warren’s new direction is because it’s all a lie, designed to be the catalyst for unsuspecting Fergus’ downfall.

After all, we may be frustrated with the narrative, but that doesn’t mean Warren has lost himself completely. That defiant glint in his eye is still there; and he has already come close to confronting Fergus once before.

So all the while we’ve been despairing of Warren’s naivety, perhaps he has had us – and Fergus – fooled.

He could be biding his time acting as a faithful lapdog, waiting to take down the evil entrepreneur and acquire all his business assets. For all we know, Warren is fully aware that he’s being used and the soap is saving the reveal for the perfect moment.

If this is not the case, there are plenty of other routes the story could take to get things back on track. When Warren discovers the truth about Project Blue Bird – a sick scheme to spy on women in their homes – it could lead to the change of pace we’ve been waiting for.

This vile plan would surely cross the line in Warren’s eyes, setting the stage for the ultimate showdown – especially when he hears that Fergus has also targeted Maxine Minniver (Nikki Sanderson), the woman he loves.

She is currently convinced that she slept with Fergus. However, nothing actually happened between them; Fergus engineered the situation in order to split Warren from Maxine, giving him the opportunity to set up more intrusive cameras in her home.

Warren has killed before, so might he resort to murderous measures to get rid of Fergus when his true motives come to light? It’s a strong possibility, but a less drastic, yet satisfying option would be for Warren to hand out some trademark threats, dismantling the other man’s authority and peeling away the layers of bravado.

He could even call on estranged best mate Felix Westwood (Richard Blackwood) and son Joel Dexter (Rory Douglas-Speed), who previously tried to warn Warren about his dodgy new alliance.

The trio could team up to overpower Fergus; gathering legitimate evidence that will send him directly to jail in an unexpected battle of wits. Warren has always been clever and is not above involving the police, as long as he can keep his name out of it.

Whatever happens, we want to see Warren back in charge and turning the tables on Fergus, reminding us why he’s one of soap’s most iconic villains.

We don’t want to see him lose his softer side completely – such growth was a welcome choice that has made him a well-rounded favourite.

But in the immediate future, let’s hope Hollyoaks has an explosive pay-off on the way. It’s high time Warren reclaimed his place as reigning gangster of the village.