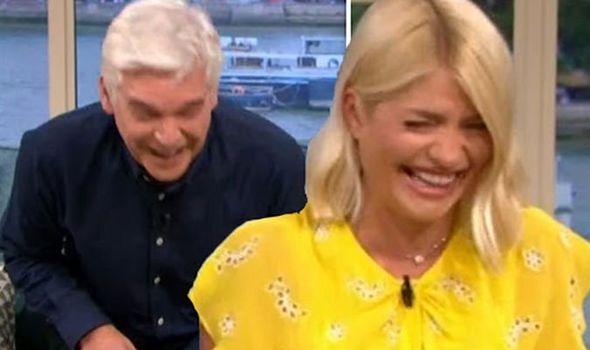 Holly Willoughby, 38, and Phillip Schofield, 57, had just returned from an advertisement break when they informed viewers about what was coming up later in the show.

As the VT played with clips of guests set to speak on This Morning, Phillip told viewers a shepherdess would be cooking up a storm in the kitchen.

However, the moment seemed to catch Holly off-guard when Phillip said the word ‘flock’, leading his co-host to lose control of her composure.

Phillip couldn’t help but catch the laughing curse as he also erupted into a fit of giggles, and chaos descended between the pair.