ITV This Morning: ‘I was sobbing’ Nicki Chapman bravely opens up on brain tumour fears

In May, Nicki revealed she had undergone surgery after doctors discovered she had a brain tumour the size of “a golf ball” earlier in the year.

Today saw her bravely open up about the experience and her subsequent recovery with Holly Willoughby and Phillip Schofield.

Talking with the pair on the This Morning sofa, Nicki spoke on how she realised something wasn’t quite right.

She explained: “I was trying to read on my computer an email and I couldn’t quite see it and I thought that was odd. And because of my age often we put things down to other things like the menopause so I thought ‘well I’m obviously tired, I’m not concentrating’.

“I went on holiday, felt fine, came back, did a photoshoot and that afternoon realised I couldn’t see again then I had to do a voiceover and I couldn’t speak. I walked into the edit, sat down and the editor was chatting away and I looked at him and thought ‘I can’t talk to you’. Nothing was coming out.

“I could see the words in my head but I couldn’t say them. It only lasted about five or 10 minutes and then that evening I was fine. So when I went home I told my husband and I said ‘something really odd happened, I must go to the doctors’.

“Then when I woke up the next morning I couldn’t see my computer again.”

Phillip then interjected to say how it was initially believed that Nicki had suffered a stroke.

She continued: “Luckily I got through to my NHS doctor on the phone and she said ‘I think you’ve had a stroke, Nicki’ and that was the fright.”

Nicki detailed how she went to the hospital where she underwent tests.

Holly chimed in to ask: “Was it then when they showed up and said actually there’s a…?” 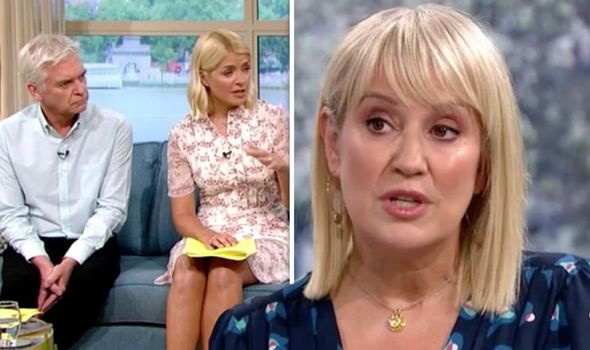 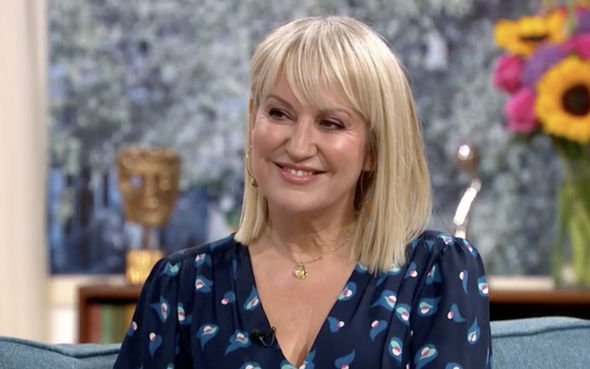 Nicki continued: “Literally. I was lying there waiting and a big tear just permanently falling down my right eye, couldn’t stop crying. And that’s when they said ‘we need to take a few more scans’, and that’s when I thought ‘this is serious’.”

“In my head I thought I had had a stroke because the doctor said it is serious. The doctor said ‘actually you have a brain tumour’,” she added.

Nicki explained how she tried to remain positive as the countdown toward her surgery began, but that toward the end her emotions got the better of her.

She told the hosts: “I tried to keep it as positive as possible because I truly believe in that, but you can’t be positive everyday and the last few days I was on my hands and knees sobbing I’m not going to lie.

“I did go to pieces and that’s when my husband was there to pick me up.” 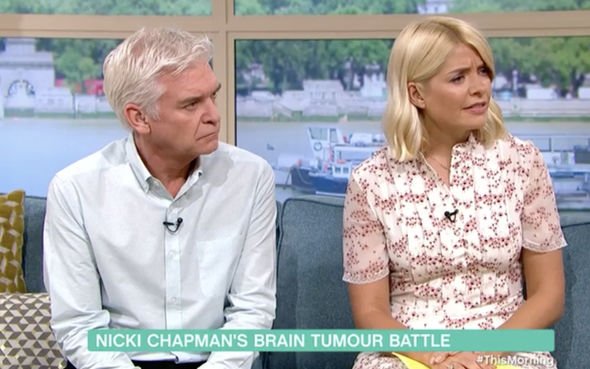 Holly remarked that while Nicki was speaking out so candidly on her health problems, she usually didn’t talk about her private life.

Nicki explained why she had decided to open up about the brain tumour and surgery.

“This was something that came really out of the blue and because my whole experience after the shock discovery has been such a positive one with the NHS and on that road trying to get better you realise there are many people going through similar things.

“It might not be a brain tumour it could be something else, and if I could give anybody some courage and some positivity that’s really why I decided to speak up about it,” Nicki replied.

This Morning airs weekdays at 10.30am on ITV.