James Martin issues warning to ITV viewers over dangerous move: ‘Don’t do this at home’

James Martin regularly joins Holly Willoughby and Phillip Schofield on This Morning to cook up a range of treats and this week was no different. After the presenting duo begged James to show them how to make the fluffy sweet treats, he appeared this week to show how easy it actually was. However, he issued a warning to ITV viewers about a dangerous element.

As he made marshmallows, James explained: “Then you take gelatine. Now gelatine is this sort of stuff,” holding up a piece of the ingredient.

“Now, you get the vegetarian equivalent and people use Xanthan gum, that kind of stuff to set it.

“But what you need to do with the gelatine is to soak it in cold water.”

He continued: “Now, you have to be put the sugar, glucose and water – you don’t have to measure the amount of water, it just needs to be enough water to dissolve the sugar – in the pan. 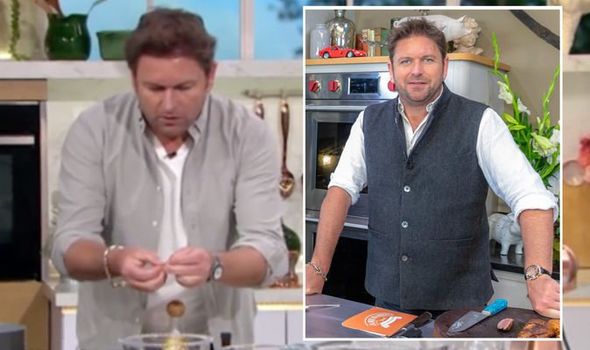 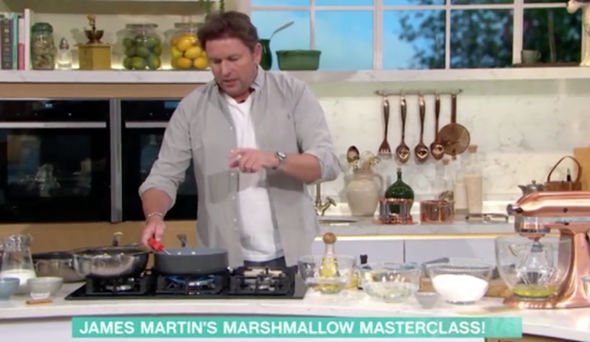 “If you boil sugar for long enough it turns to caramel but what you are looking for is this.

“Ideally, if you have a sugar thermometer at home, you can see that is beyond boiling point now. It needs to get to about 118 degrees, which this almost is.” 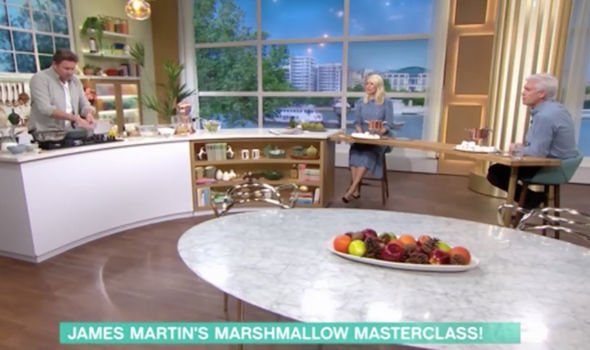 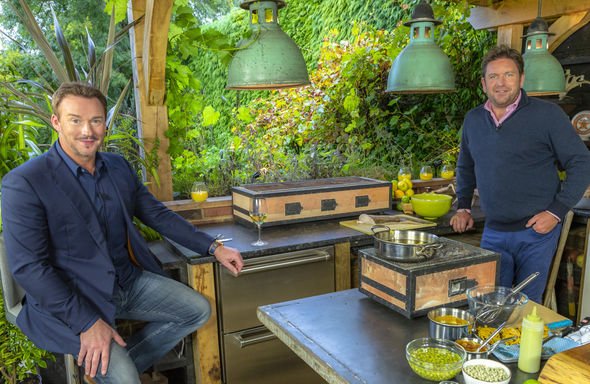 The TV chef went on to pick up a bowl of water before returning to the sugar in the pan.

“Do not do this at home!” Holly agreed.

Viewers saw James dip his fingers in the bowl of cold water, then the pan of sugar and pull some out.

He began rolling it between his fingers to show how it could be shaped.

“So you risked stripping the skin off your fingers to show us that?” Phillip asked.

James replied: “Please don’t do that at home but as pastry chef that’s the best way to check it.”

“But the best way for us to check it is with a thermometer?” Phillip confirmed.

On his own show this weekend, James will be welcoming tenor Russell Watson and chefs Paul Foster and Matt Gillan.

He will also accompany chef and food writer Romy Gill on a culinary adventure in Bristol.

The episode also features a masterclass in steamed puddings.

James Martin’s Saturday Morning airs today on ITV at 9.30am.

END_OF_DOCUMENT_TOKEN_TO_BE_REPLACED

END_OF_DOCUMENT_TOKEN_TO_BE_REPLACED
Recent Posts
We and our partners use cookies on this site to improve our service, perform analytics, personalize advertising, measure advertising performance, and remember website preferences.Ok