'Kid 90': Inside Soleil Moon Frye's Doc About Growing Up Famous

Soleil Moon Frye was writing in a diary by age five, detailing her most personal thoughts and day-to-day ongoings within its pages. When she turned 12, she upgraded to an audio recorder and then to a video camera, which remained glued to her hand as she documented the lives of her friend group. “It was the teen journalist in me,” she tells ET’s Nischelle Turner. “Here we were growing up in this colorful world, and I wanted to drink it all in.”

Frye was a child actor best known for Punky Brewster, so as she came of age in Hollywood and New York City, her best friends were Brian Austin Green, Balthazar Getty, Mark-Paul Gosselaar and Stephen Dorff, among others. She recorded hundreds of hours of home videos, which she saved alongside her old diaries, photo albums and voicemails from the likes of Charlie Sheen. “I kept it all in Tupperware and locked it away in a vault for over 20 years,” Frye says. “And it took an entire lifetime to really get the courage to go back into Pandora’s box.”

Over four years, she combed through the footage, piecing together old memories and reaching out to those friends who’d lived it with her, whether they had remained close over the years or drifted apart. And thus, she began work on what would become kid 90, an introspective look at balancing growing up and becoming famous that offers an unfiltered look at Frye’s own adolescence.

“I had planned on making a totally different documentary. I didn’t want the documentary to be anything about me, so I tried to make it about everything but me,” Frye explains. As she began to cut together the footage, however, she realized she wasn’t telling the story truthfully. “I kept peeling back the onion and the deeper and deeper I got, the more and more it became this personal coming-of-age story.” 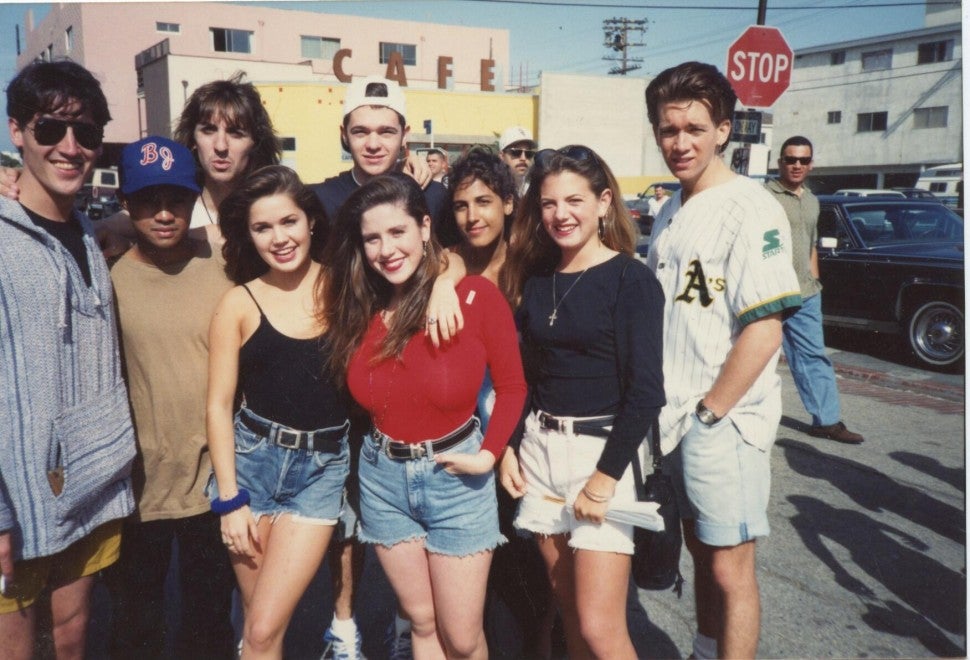 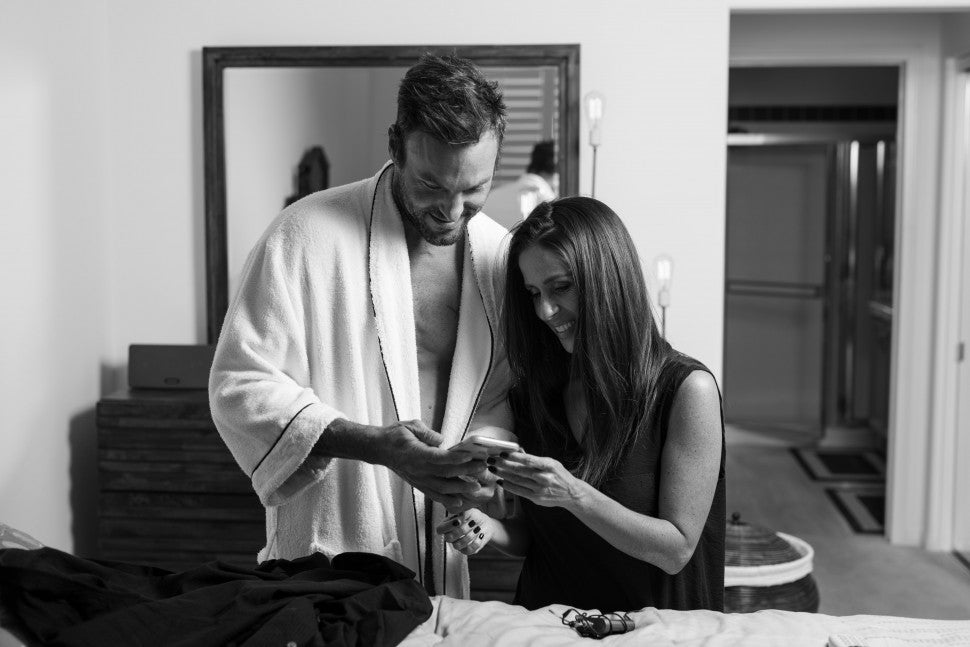 The end result is equal parts an autobiographical reckoning with her own past and a nostalgia trip, full of candid moments of stars like Leonardo DiCaprio and Mark Wahlberg hanging out at house parties and amusement parks in the era before paparazzi and social media.

“I didn’t have the foresight at that time to know, like, ‘Oh, this is something she can hold onto and later in life watch back,'” Austin Green tells Frye while sitting down for ET. “You live in the moment when you’re young, and so, yeah, you recorded and it’s fun and you ham it up for the camera and then you throw that tape out and you put a new tape in. You kept them all, which is unbelievable.”

“I didn’t set out to become an actor, per se. It just sort of happened. Right place, right time, and the next thing I knew, I was hanging out with Punky Brewster in New York,” Getty adds. “It was a smaller town back then. We all knew each other, and we all ran in the same circles.”

Because these were such authentic friendships, the film can’t shy away from the darker aspects of growing up — and growing up in the spotlight. kid 90 makes no attempt to hold anything back regarding issues of experimentation with drugs and alcohol or sexual assault, with Frye leading with her own experiences.

“If I was going to be asking friends about the personal depths of their lives,” she reasons, “then I also had to share the depths of my experience.” For the most part, the experience proved to be cathartic. Frye looks back now and understands that she’d locked away the footage for so long because subconsciously, she knew she wasn’t ready to face it. Now, she is. Still, “There were a few experiences that were painful to look at, that I’m still trying to wrap my head around.”

In the end, Frye saw it all: The joy and happiness she remembered from her youth, but also the pain hidden under the surface. (The film pays tribute to all of the friends she’s lost over the years.) “Once I opened up Pandora’s box, I couldn’t put any of it back,” she says. “Nor would I have want to.” Having reckoned with it all, she’s left only with love: The love she has for her friends and they for her and a newfound love for herself.

“I feel like that teen girl really left the blueprint to find my way back home,” Frye shares. “One of the most incredible things was finding a letter from myself that said, ‘Who are you at 18? 19? In your late 20s? Have you made your life worthy?’ And I really had to look at myself and make sure that I was being true to the teenager that believed in all that she could be. As long as I’m making that teen girl proud, that’s all that matters.”