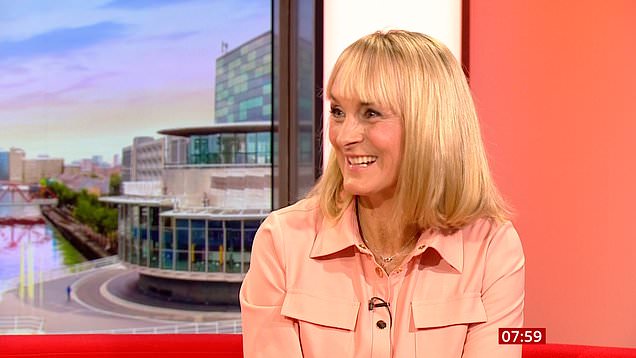 Louise Minchin has admitted that she’s not sure whether stepping down from BBC Breakfast after 20 years was the right decision.

The 53-year-old presenter bid farewell to the flagship programme in September, telling co-host Dan Walker it was due to him that she had stayed on the programme ‘much longer than I actually meant to’.

She also cited that it was time that ‘I stopped setting my alarm for 3.40’.

Speaking on Her Spirit podcast, Minchin confessed it took a long time to decide it was time to leave the show.

‘It wasn’t just months, it was probably even longer than that,’ she explained.

‘In the end, my husband always said, “There will be a moment.” And the moment was very specific because it had been going around my head so much.’

Ultimately, it was a pros and cons list that helped Minchin reach her decision.

She added she felt ‘out of balance’ in her life and wanted to explore what lied beyond BBC Breakfast, despite loving it so much.

‘In life, I’ve tried to be brave,’ Minchin continued. ‘I don’t even know if it was the right decision – I think it was but sometimes you have to jump off the ferry and that was the time.’

During her final broadcast, she thanked Walker, her co-presenter of the last five-and-a-half years.

BBC Breakfast airs daily from 6am on BBC One.