Luke Combs Apologizes for Confederate Flag Use: 'I Am Now Aware'

“Hate is not a part of my core values,” the country singer insists 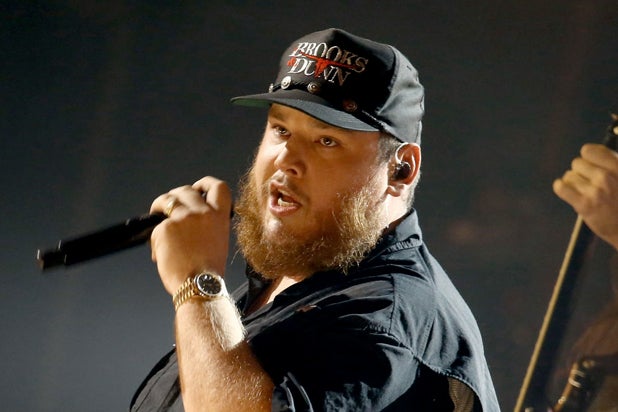 Country music star Luke Combs gave a formal apology for using a Confederate flag in a 2015 music video and for associating the flag with his music by displaying it on his guitar and in photos, stating “as I’ve grown in my time as an artist, and as the world has changed drastically in the last five to seven years, I am now aware how painful that image can be. I would never want to be associated with something that brings so much hurt to someone else.”

According to a report from The Associated Press, Combs issued the apology in an exchange with singer Maren Morris during a Q&A panel for the Country Radio Seminar. Combs is one of the many country stars who have come under fire in recent months for their actions, the most recent being Morgan Wallen, who was suspended by his record label after being caught on video using a racial slur. (Wallen has also since apologized in a statement to TMZ.)

“I apologize for being associated with that. Hate is not a part of my core values, and it’s not something that I consider a part of myself at all,” Combs said when speaking to NPR music critic and moderator Ann Powers. “I’m here to say, ‘I’m trying to learn. I’m trying to get better.’”

In the wake of Combs and Wallen’s apologies, the music industry has been facing a backlash about its steadfast conservative nature and what missteps by popular, high profile performers mean for its fans. Combs at least acknowledging that he played a role in perpetuating a history of racism, especially within the country music scene, is a small step forward.

“I know that I’m a very highly visible member of the country music community right now, and I want to use that position for good and to say that people can change, and people do want to change,” Combs said. “And I’m one of those people trying.”