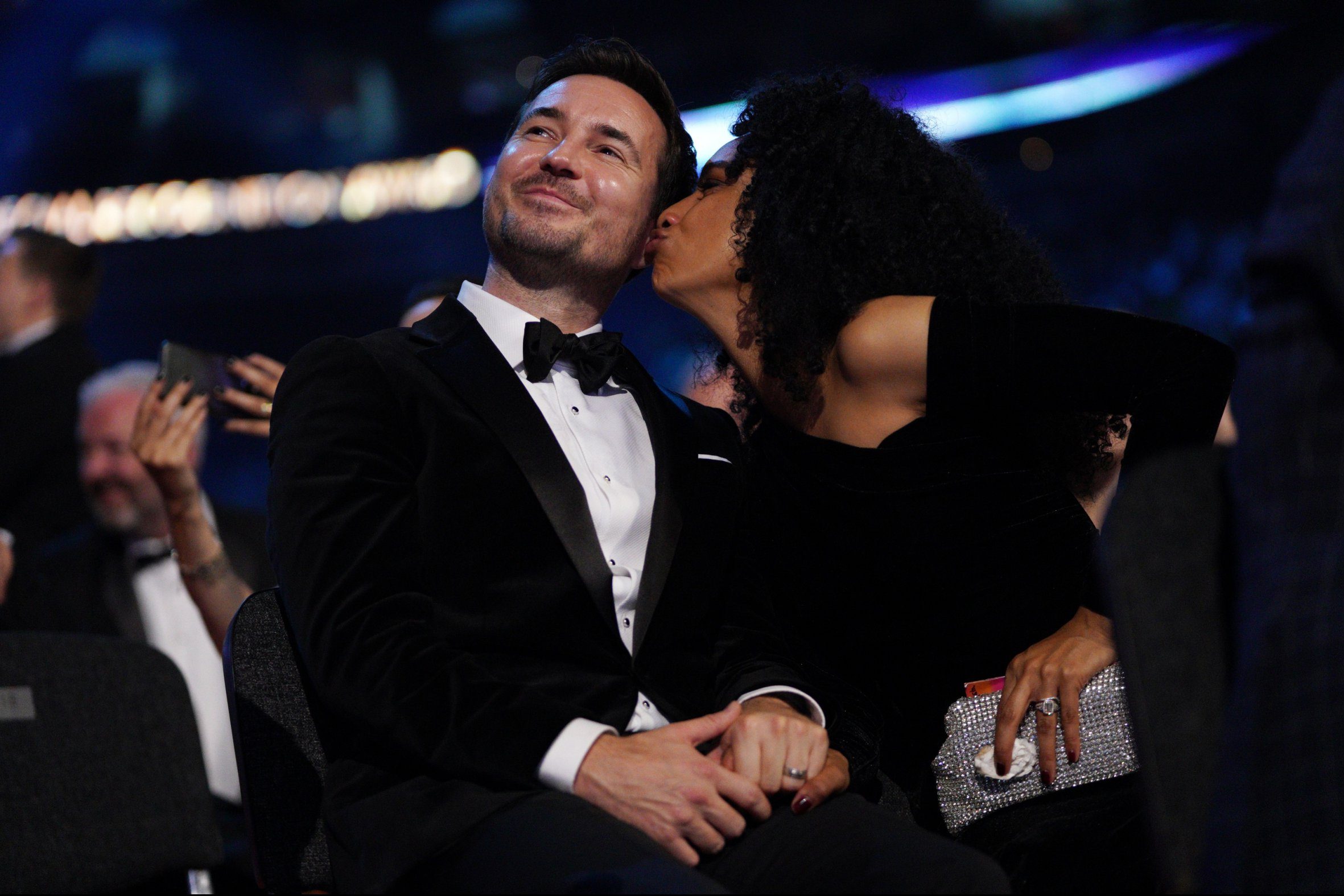 The pair, who live together in Las Vegas with their child and pet dog, King, were in the UK for the National Television Awards, which brought together the best in the business for the swanky affair at the O2, hosted by comedian Joel Dommett.

Line of Duty picked up its first NTA gong with its win in the returning drama category over shows including The Crown and Call the Midwife, as well as a second special recognition award.

Looking dapper in black tie, Martin chose a velvet black jacket for his top half, along with a dress shirt, sharp black trousers and highly polished shoes.

Tianna, who is an actress and real-estate agent, matched her husband in black velvet, opting for an off-the-shoulder long-sleeved mini-dress with stiletto heels painting her nails a deep maroon.

As the VT played ahead of Line of Duty receiving its special recognition award, Tianna teared up and rested her head on Martin’s shoulder as he planted a kiss on her forehead.

It was then her turn to offer him a kiss as he soaked in the audience’s applause from the arena, beaming.

Later on, the couple, who married in Renfrewshire, Scotland, in 2016, posed with both of the show’s awards, smiling for the camera, as well as taking the opportunity for another smooch.

This comes as Martin, who plays Steve Arnott, and his co-star Arian Dunbar, who plays AC-12 stalwart Ted Hastings, teased a seventh series for the hit programme.

Earlier in the evening, actor Tommy Jessop, who played Terry Doyle on Line of Duty’s most recent sixth series, stole the show with his jubilant celebration as the drama picked up its first award of the night, leading fans to label him an ‘absolute king’.