Mick Carter returns to a huge fight in EastEnders 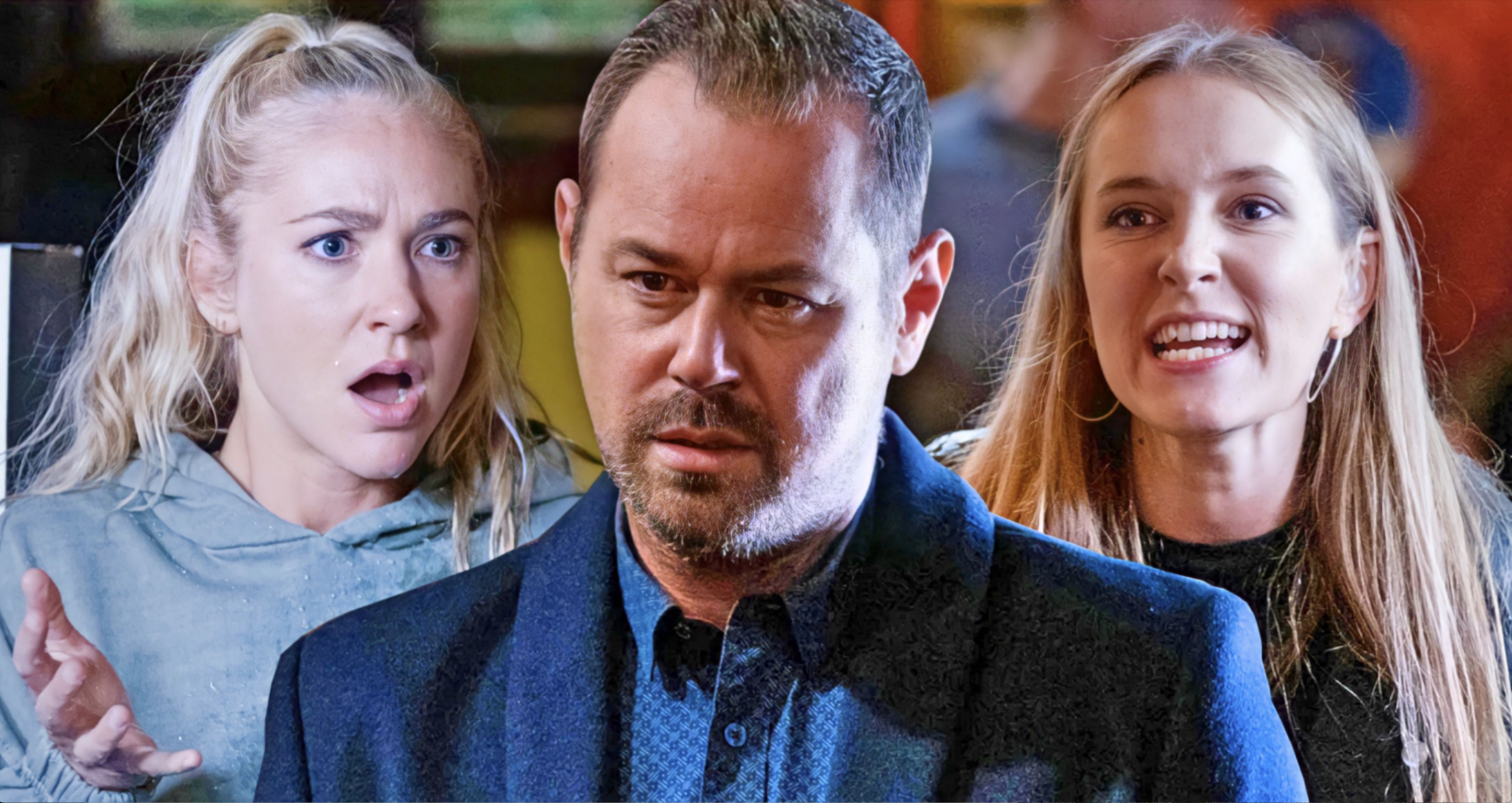 Mick Carter (Danny Dyer) sets foot back in his beloved boozer in upcoming EastEnders scenes, but his return doesn’t quite get the response he was hoping for.

The landlord of the Queen Vic arrives back at the most inopportune of moments, as he witnesses a fight between Nancy (Maddy Hill) and Frankie Lewis (Rose Ayling-Ellis).

Viewers will know that Frankie and Nancy haven’t been getting along in recent months, after the latter discovered the former was driving the vehicle that nearly killed her.

The animosity has been aplenty in the aftermath of the discovery, with Nancy refusing to accept Frankie’s heartfelt apologies.

Upcoming scenes will see more intense arguments between the pair, as Frankie prepares for her driving test. Upon her return, Nancy rudely points out in front of the customers that Frankie messed up an order.

Frankie attempts to defends herself, but with Nancy refusing to back down, she sees red and throws a drink over her sister!

Nancy is rendered speechless, and proceeds to chase Frankie around the pub, much to the amusement of Janine Butcher (Charlie Brooks), who has a front row seat to the action.

It’s at this point that Mick steps foot into the Queen Vic with Ollie in tow.

The patriarch is less than pleased to find his two daughters at each other’s throats, but his attention soon turns to Janine, as he’s confused about who she is and why she’s behind his bar.

Frankie, meanwhile, apologises to Mick, and the father and daughter duo share a tender moment, which Nancy witnesses.

The feud between the siblings reaches boiling point in subsequent scenes. Will they ever be able to reconnect with one another?

Or is their relationship damaged beyond repair?