'NCIS’: Is Cote de Pablo the Best Thing to Happen to the Show?

If fan devotion for a person could be measured in some way, NCIS fans’ devotion to Cote de Pablo would probably break whatever scale is used. It’s probably not an exaggeration to say that fans brought her back from the dead.

She had been a fan favorite in the eight years she was on the show – so much so that virtually every day since she left under somewhat murky circumstances, fans begged NCIS to bring her back. They finally got their wish last May, when Ziva David appeared in the flesh to give Mark Harmon’s Gibbs a warning.

De Pablo will return for at least part of the next season to expand on her storyline. We’ll take a look at how and why an actress who hasn’t gained much attention outside of her signature role inspires such fervor. 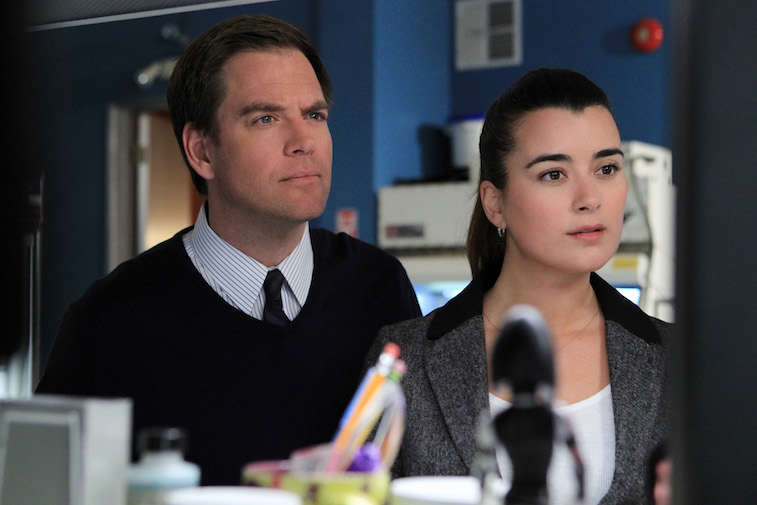 According to TV Line, The NCIS finale with de Pablo had 11.9 million total viewers and a 1.2 demo rating. Just two weeks before, the show had an 11.5 rating, which resulted in the show’s smallest audience to date. So while the audience was still small, the finale prompted an uptick.

Finales generally lure more viewers anyway, but the season premiere in the fall will likely continue to boost the numbers as fans find out how and why Ziva has returned.

The cynical will say that Ziva’s resurrection is a stunt to boost ratings, but on the whole, the show has held up well, especially considering it’s been on the air since 2004. In an age when broadcast TV ratings are falling across the board, even for stalwarts like the Super Bowl, NCIS has proven to have impressive staying power.

De Pablo’s last season was 11, and the ratings have slipped since then, but they’re still good enough to make it one of the top five shows, which is especially impressive for a show entering its 17th season.

The actress has had other roles outside of NCIS, with probably her most high-profile part being in the movie The 33, about a real-life Chilean mining disaster, a topic surely close to the heart of the actress, who was born in Chile. Even though she’s been relatively inactive since leaving the show, fan response to her has not.

There have been entire articles about fans’ love for the actress, with the Odyssey writing “Although she played a kick-ass agent on the show, her true fans know how humble and dedicated she actually is to the people she loves and things she believes in.”

The site contends that she even gives Taylor Swift are run for her money in terms of how genuine she is with her admirers. And this article was written before she went back to NCIS.

Over the course of her time on the series, de Pablo won an ALMA award and an Imogen Award and was ranked third in a 2013 E-Poll determining America’s most appealing celebrities, behind Betty White and Sandra Bullock.

It’s not yet known exactly how long Ziva will be back. The official announcement made it clear that she would return for the Season 17 premiere but did not indicate if the character would stay afterward.

NCIS initially wrote her out by saying she was killed in a mortar attack, but that attack was not shown. We were told later that Ziva wanted to stay incognito for the safety of her family.

When fans don’t see a dead body, hope can be very persistent, and in this case, persistence paid off. De Pablo had said she wasn’t happy with the character development for Ziva anymore, but she did say she could be persuaded to come back if the writers came up with something good.

It stands to reason that Ziva will not want to be visible for long, but CBS went to great lengths to keep her return secret. Perhaps her return will last longer than we think.

Kim Kardashian is standing by Kanye West through the good and the bad. Lately, Kanye’s mental health seems to be deteriorating and it’s taking a toll on Kim, Us Weekly reports. They have recently been more open about Kanye’s bipolar disorder diagnosis and how it affects his behavior and their

END_OF_DOCUMENT_TOKEN_TO_BE_REPLACED

The Smith family is in the news cycle more than ever thanks to Red Table Talk. And Jaden Smith is getting quite a lot of attention as well. Will Smith and Jada Pinkett-Smith’s middle child is making a name for himself thanks to his creativity and outspoken nature. And he’s

END_OF_DOCUMENT_TOKEN_TO_BE_REPLACED

We will use your email address only for sending you newsletters. Please see our Privacy Notice for details of your data protection rights. Charlotte Hawkins, 45, who has presented Good Morning Britain since 2014, has discussed how she and her husband Mark Herbert became “worried” they weren’t going to be

PRESIDENT Donald Trump told a Minnesota rally on Friday that Joe Biden would turn the state into a "refugee camp" with people from Somalia like Democrat Congresswoman Ilhan Omar. Speaking in Bemidji, Trump said: “Biden has promised a 700 percent increase in the importation of refugees from the most dangerous

END_OF_DOCUMENT_TOKEN_TO_BE_REPLACED

A THUG stabbed his ex-girlfriend and then refused to call an ambulance, telling her "I hope you die." Milosz Papatolios, 23, avoided prison despite stabbing his ex-girlfriend with a kitchen knife just days after they broke up. The pair had been in a "volatile" relationship since February 2019 and the

END_OF_DOCUMENT_TOKEN_TO_BE_REPLACED

Schoolgirl, 17, FAKED brain tumour to con Louis Tomlinson and his fans out of £400k for private jet trips to Disney

A TEEN faked a brain tumour to scam some of the world's top pop stars out of hundreds of thousands of pounds to fund dream Disney trips. Megan Bhari founded the charity Believe in Magic to help "other" terminally ill children aged 17 in 2012 before she died in 2018. An

END_OF_DOCUMENT_TOKEN_TO_BE_REPLACED
Recent Posts
We and our partners use cookies on this site to improve our service, perform analytics, personalize advertising, measure advertising performance, and remember website preferences.Ok