Netflix releases horror film so scary people have been ‘throwing up’

The Perfection stars Logan Browning as young musician Lizzie and Allison Williams as Charlotte, in a twist-filled horror thriller.

The film follows Charlotte – once a star pupil at a music academy before dropping out – and Lizzie’s trip through Western Europe.

But things quickly take a bizarre turn, as the trailer shows.

In one scene, Lizzie is seen spewing up bugs and blood, after they are filmed crawling underneath her skin.

Another moment appears to suggest she will amputate her own arm while a third sees Charlotte’s face being splatted with blood.

Viewers have since flocked to Twitter claiming the gory scenes have caused them to throw up.

Another said: “I got a migraine just by watching The Perfection on Netflix. I wanna vomit. [two dizzy face emojis]”

“That perfection bus scene has me sick right now,” a third added. 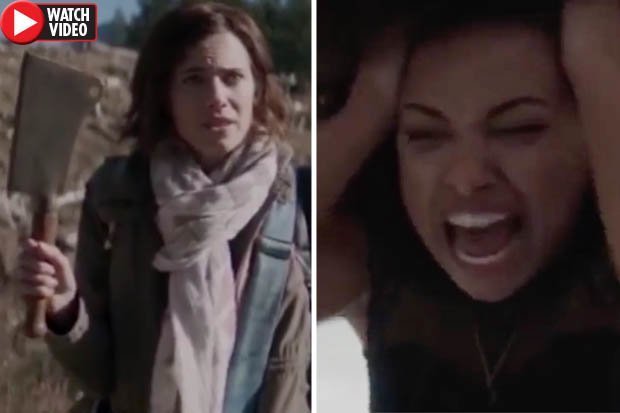 Despite the grim reactions to the graphic scenes, others have called the film “incredible”.

“I just finished Netflix’s “The Perfection” and holy f***,” one wrote. “The movie was absolutely incredible.

“I was definitely sick, twisted, and had me cringe at a couple of scenes.