Oscar Contender Steven Knight Reveals the Truth and Fiction Behind Spencer, the Ultimate Nightmare Before Christmas

When Chilean filmmaker Pablo Larraín reached out to meet Steven Knight, he had never met the virtuosic British screenwriter behind Oscar-nominated “Dirty Pretty Things,” series “Peaky Blinders,” Tom Hardy vehicles “Locke” and “Taboo,” and most recently, Doug Liman’s pandemic drama “Lockdown.” Inspired by a photo of the filmmaker’s mother from the ’90s when she was the same age as Princess Diana, Larraín wanted to dig into why this famously unhappy royal touched so many people around the world. “I wondered why Diana had created such a level of empathy,” Larraín told IndieWire. “It’s a very complex answer.”

The filmmaker met the screenwriter for breakfast at the Covent Garden Hotel. “It hadn’t been a subject that preoccupied me at all previously,” Knight told me in a Zoom interview. “And it isn’t the sort of thing I would normally do, which made me attracted to it immediately. Because everything should be different to the last thing that you do. Always in the back of my mind was Diana’s funeral. When those gates opened, and the funeral cortege came out, I saw and heard British people doing something that British people never do, which is they were wailing and sobbing and showing extreme emotion en masse. And I remember thinking, ‘What is this about? Why am I getting emotional now as well?’ Pablo made the suggestion, ‘Maybe this is a time to explore what it was that she meant.’”

Neither man wanted a conventional biopic. Knight decided, “This isn’t the time to do a movie about what everybody knows about this person. It’s to find something new. I wanted to take like a paparazzi snapshot. I liked the idea that it would be a family Christmas, because a lot of us have experienced spending Christmas with people we don’t necessarily want to spend Christmas with.”

Larraín embraced the idea of the Christmas pressure cooker environment. And then Knight went away and did the research (studiously avoiding Peter Morgan’s lauded royals series “The Crown”). “I deliberately didn’t read any of the books or watch any documentaries,” he said. His final script did not go through much in the way of notes or changes. “There were some discussions about how we got into [Diana’s] head,” said Knight. “How far we should go in terms of what do we see? Do we see what she sees?” After the script was finalized, COVID hit; the filmmakers were able to produce the film in Germany. 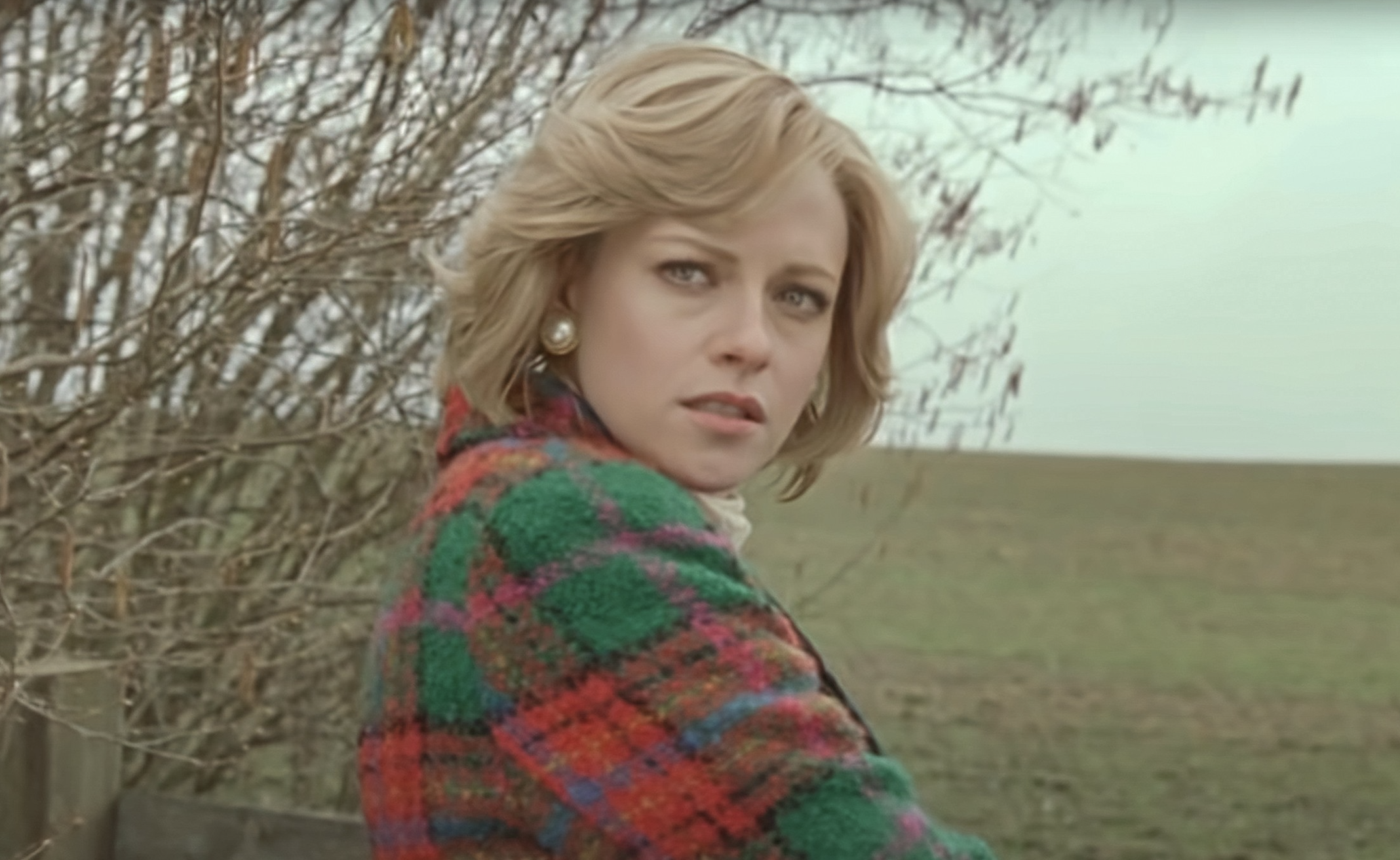 Larraín wasn’t chasing a mainstream entertainment; instead, he fashioned an engaging film for smart audiences focused on Kristen Stewart’s performance: The Best Actress Oscar is hers to lose. With support from festivals and critics, “Spencer” hit theaters last weekend to modest numbers and will hit other platforms within the month. “It’s the job of the filmmaker to make the film that you want to make,” said Knight. “And often if you go in pursuit of an audience, or you try and second-guess what an audience wants, it’s quite a difficult task and it’s not worthwhile. Because in the end, you have to produce something that you’re proud of, and that you think is the best way of telling the story.”

The writer set Princess Diana, Prince Charles (Jack Farthing), and their two sons (Jack Nielen and Freddie Spry) with the rest of the royal family for three days at their Norfolk vacation home, Sandringham House. Telling the story from Diana’s point of view, Knight delivers the ultimate nightmare before Christmas with the in-laws. Her only solace is the warm cocoon she creates with her children. “People are surprised to see her as a mother,” said Knight. “But, of course, as a human being, she is a mother. And that would have been the first priority no matter what the circumstance, no matter how elevated the situation. I felt it was a mission to find the human being beyond the icon, and to make this person real.”

Knight figured out that there was a particular Christmas, circa 1991, “when things unraveled,” he said. “I was then lucky enough to be able to speak to some people who served and observed who were working in the house at the time. And from them, always, the truth is weirder and more bizarre than anything you could invent.” Such “Spencer” characters as the Sandringham chef (Sean Harris), page (Timothy Spall), and dresser (Sally Hawkins) are partly based on anonymous real-life sources. The movie opens with the credit: “a fable from a true tragedy.”

Building a path with their intelligence, Knight hopped from stone to stone for his “Upstairs, Downstairs” saga based on “real things that happened and things that were said, with the fable woven in between,” he said. “The feeling I got from the people I spoke to was that Diana and the staff were the human beings, and the family are something very other to what we would consider to be the way people normally behave. And there was a great deal of empathy among the staff and a great desire that Diana should survive and succeed. Because she was trying to modernize the whole thing. People felt she went into battle without weapons; she was quite defenseless in many ways. That increased that feeling of empathy with her from the staff.” 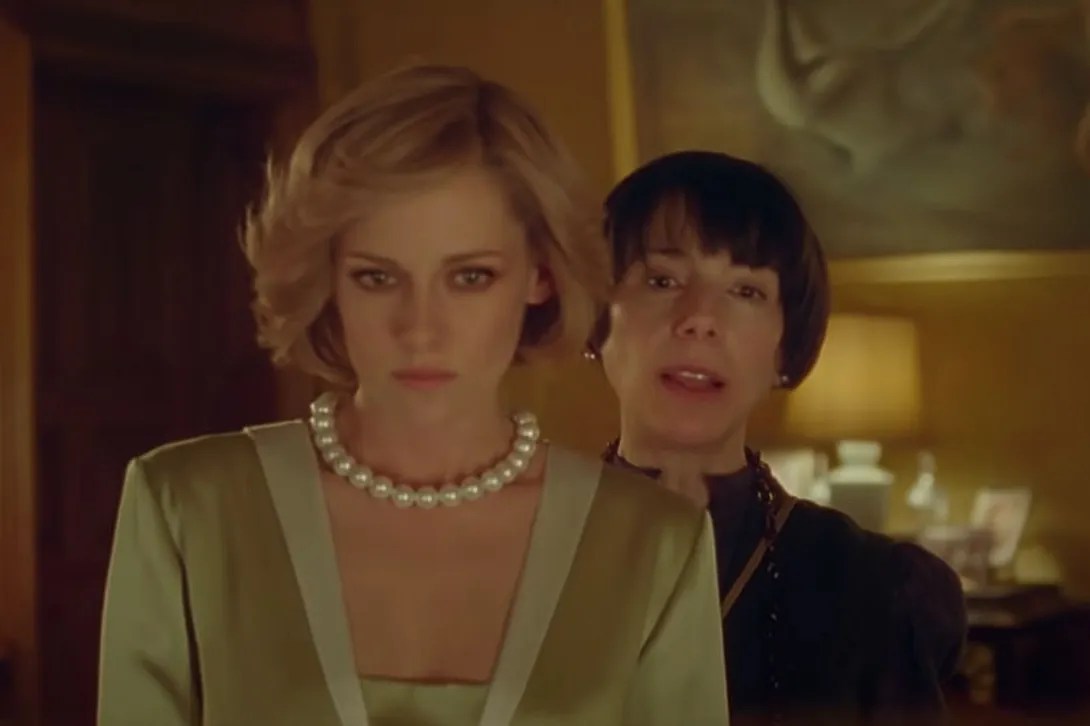 Some of the strangest details in the film come from the real world. “The things that seem most unbelievable are almost all true,” he said. “I’ve tried to amalgamate certain characters and weave elements of things that actually happened. The fact that her childhood home was boarded up and just across the barbed wire — you couldn’t ask for more ammunition as a writer. And what I wanted to do was take this person who was quite unwell, and see the world through her eyes, which then gives us the permission to be quite surreal, to see the ghost [of beheaded royal Anne Boleyn]. I wanted it to be a first-hand account from her of what this thing was like at that time, and why she makes the decision that she makes.”

Stewart seems to be perfect casting for the scrutinized princess. “There’s wreckage all the way through most attempts to depict Diana,” said Knight. “And she had such instant confidence. Lots of actors saw the part and were anxious about it. But she grabbed it with both hands. It was like, ‘Nobody else is having this. This is me. This is mine.’ To be someone who is observed constantly means that you’re in a very small group of people on this planet who understand what that is like. Because most of us don’t, thankfully. So there was already some sort of connection, but then she really went to work. And the result is on the screen.”

Perhaps most provocative for royal watchers is the character Maggie (Sally Hawkins), who plays a similar confidant role for Diana as White House social secretary Nancy Tuckerman (Greta Gerwig) did for Jacqueline Kennedy (Natalie Portman) in Larraín’s “Jackie.” While Maggie is an amalgam of royal dressers, Knight’s suggestion of a lesbian attraction is one of many fictions in the movie. But Diana’s mental distress and bulimia were real. “I wanted it to feel like a horror story, because it’s a fairy tale,” Knight said. “And most fairy tales are just horror stories with a happy ending. I didn’t want it to be either a medical diagnosis, or a horror show in terms of the things that she sees are horrific. We’re seeing the world the way that she sees it. The princess is captured in the scary castle. And she escapes.” 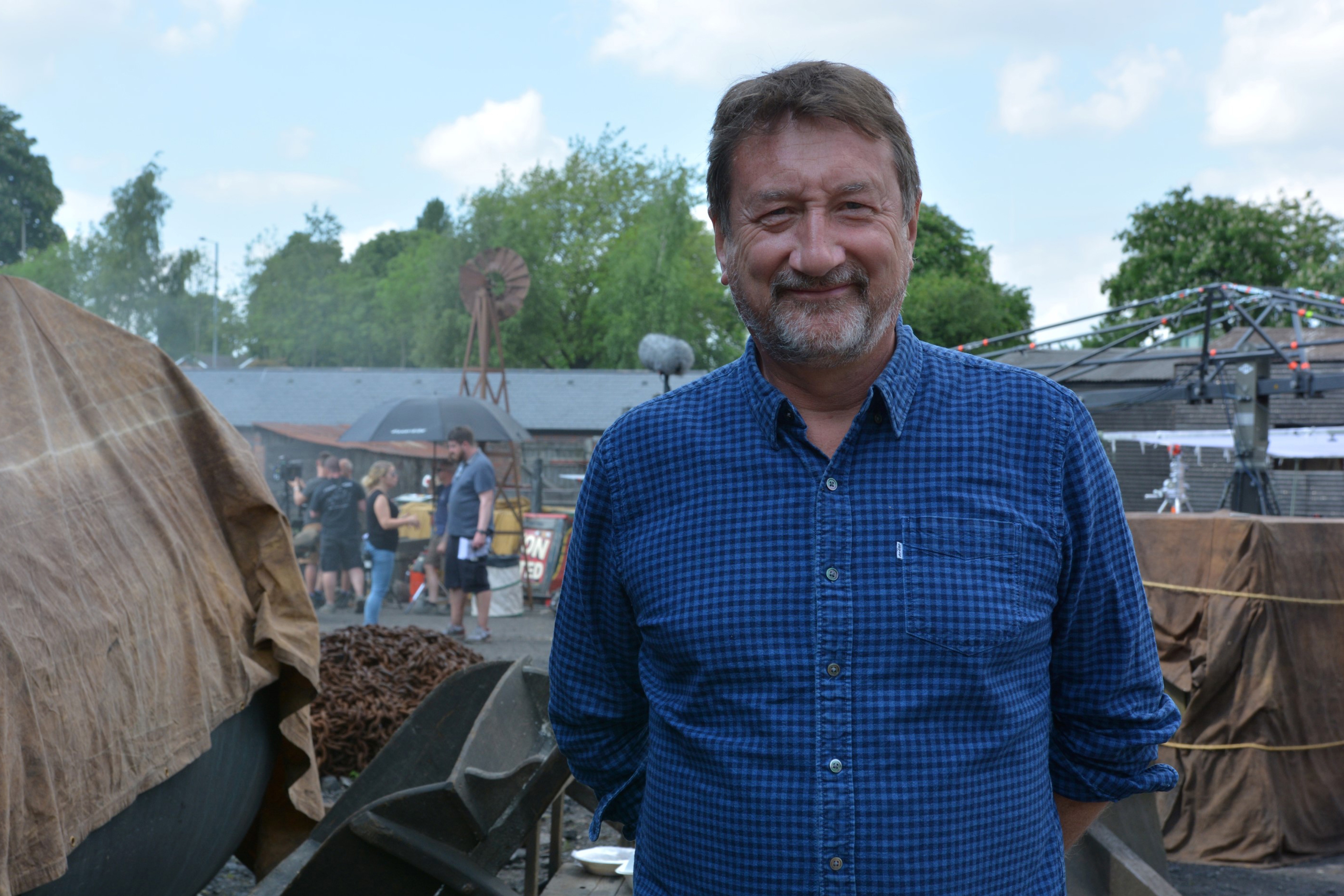 Diana’s royal bird in a gilded cage tries to swallow her choking pearls, and uses wire cutters to break through to her old identity and reclaim her name: Spencer. Knight was determined to give audiences that happy ending, even when they know Diana’s sad fate. Any parallels to the contemporary royal escape of Prince Harry and Meghan Markle were not anticipated. “It became topical,” said Knight. “It was quite strange, because when I wrote it, the whole thing with the two sons hadn’t begun. And then it began. So it’s just one of those things where sometimes life imitates art — or reflects it.”

The filmmakers are prepared for a range of reactions to the movie. “It’s a film that people will have opinions on,” said Knight. “It doesn’t point the finger at individual human beings. I feel that that there is a system in place, it’s like they’re all in the same piece of machinery and responding to it differently. And there are bumps on the road. But I think Charles ultimately does the right thing. I wanted the audience to understand that we’re only seeing these people through Diana’s eyes. That’s her. That’s her opinion, this is what she thinks is happening.”

Next up: Period series “Peaky Blinders” is now completing its final season, while approaching its launch is a TV series about the SAS is called “Rogue Heroes.” Knight has a couple of movie projects in the pipeline, and he’s following up his adaptation of Charles Dickens’ “A Christmas Carol” with “Great Expectations” for BBC and FX. “It’s still the same period,” he said. “It’s the same characters. I tried to imagine if Dickens had been allowed to talk about the subjects that in those days writers were not allowed to talk about: What would the world be like? He depicts London as a poverty-stricken, quite dangerous, lawless place. But you know, he could never explore exactly what was happening in the poor areas of London. So I’ve tried to liberate it a bit.”