Home » TV & Movies » People used to cross the road to avoid me but now they want selfies with me, says Repair Shop star Jay Blades

People used to cross the road to avoid me but now they want selfies with me, says Repair Shop star Jay Blades

I AM a 6ft 3in black man with a gold tooth who comes from a tough ­London council estate.

Even though I was frightening nobody, when people saw me they would cross the road or check that their car was locked. 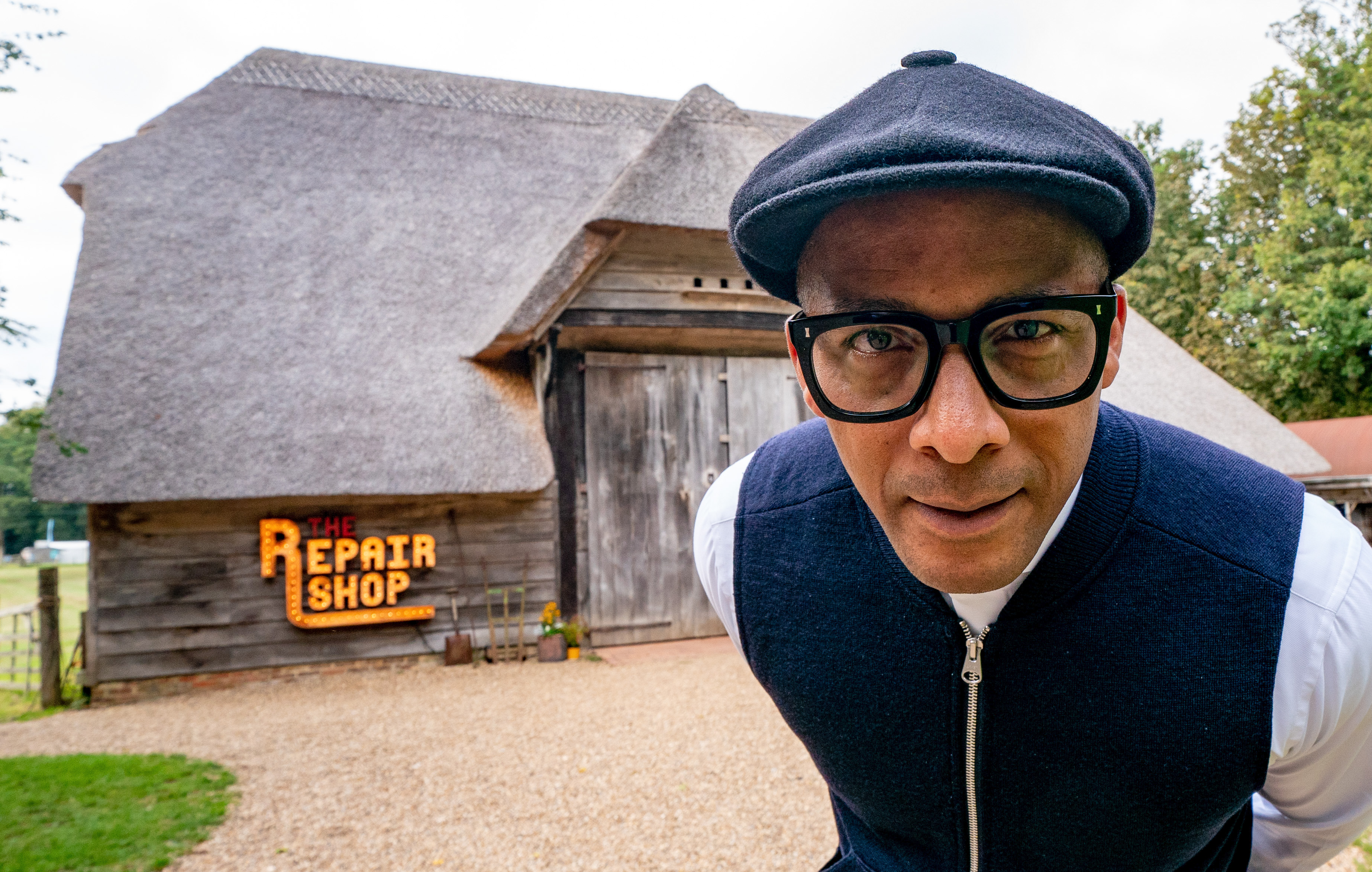 Ladies would clutch their ­handbags tightly.

Today, thanks to television, people cross the road to take selfies with me.
Growing up on our estate in ­Hackney in the Seventies and Eighties was really nice.

We were surrounded by people who were black, white, Chinese, Asian. We were all poor but it was really rich in life and full of different cultures.

I learned about Nigerian culture, British culture and also the ­Caribbean culture. And that was just the food. You’d go to someone’s house and they would tell you about their food.

It was just the way it was.

Me and my brother were brought up by our mum, Barbara, who worked as a secretary. We are half- Jamaican and half- Barbadian. My grandmother arrived in the UK in the Fifties and my mum came over when she was 14.

She didn’t come with her mum.

Mum had me when she was 18. The man who made her pregnant had disappeared before I was even born.

A lot of people call him my father — but not me. I call him the man that contributed towards my birth, because to be a father or Dad you have to live up to that title.

Until I went to secondary school I was totally unaware of racism. When I first went there I was beaming.

I had my brand-new uniform on. We had just bought it from John Lewis with the vouchers they gave poor families back in the day. I felt like the bee’s knees.

I’d been told I was going to meet loads of new people and it was going to be a great. But at school I was called names that I had never heard before in my life. At first I thought they were giving me nicknames.

It was only when I went back to my community and I started calling some of the older members the names that I had been taught at school that I realised I was being racially abused. That’s when I decided I would not be picked on again.

From that first year I got a reputation for fighting and not accepting what these people were calling me. 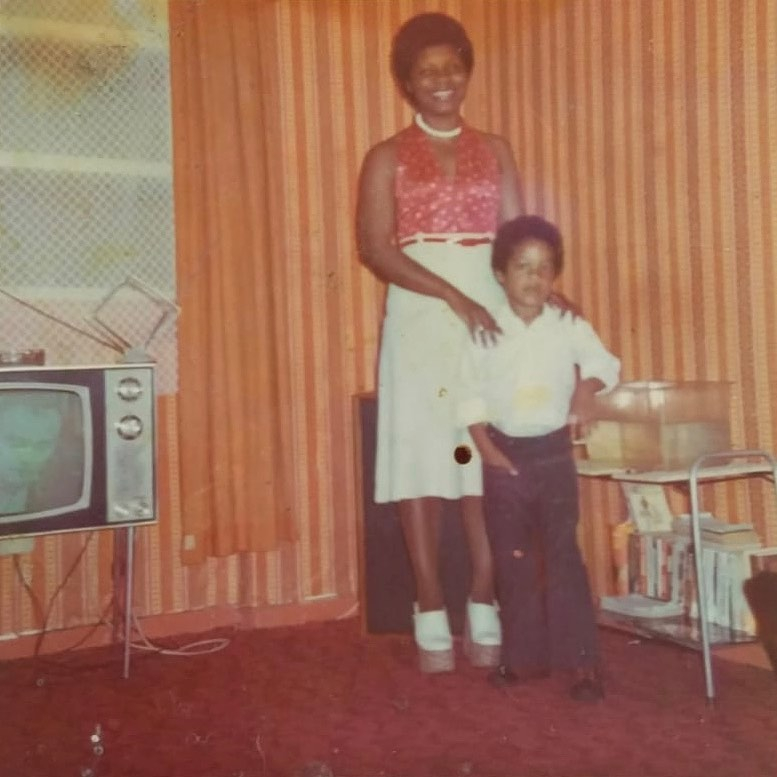 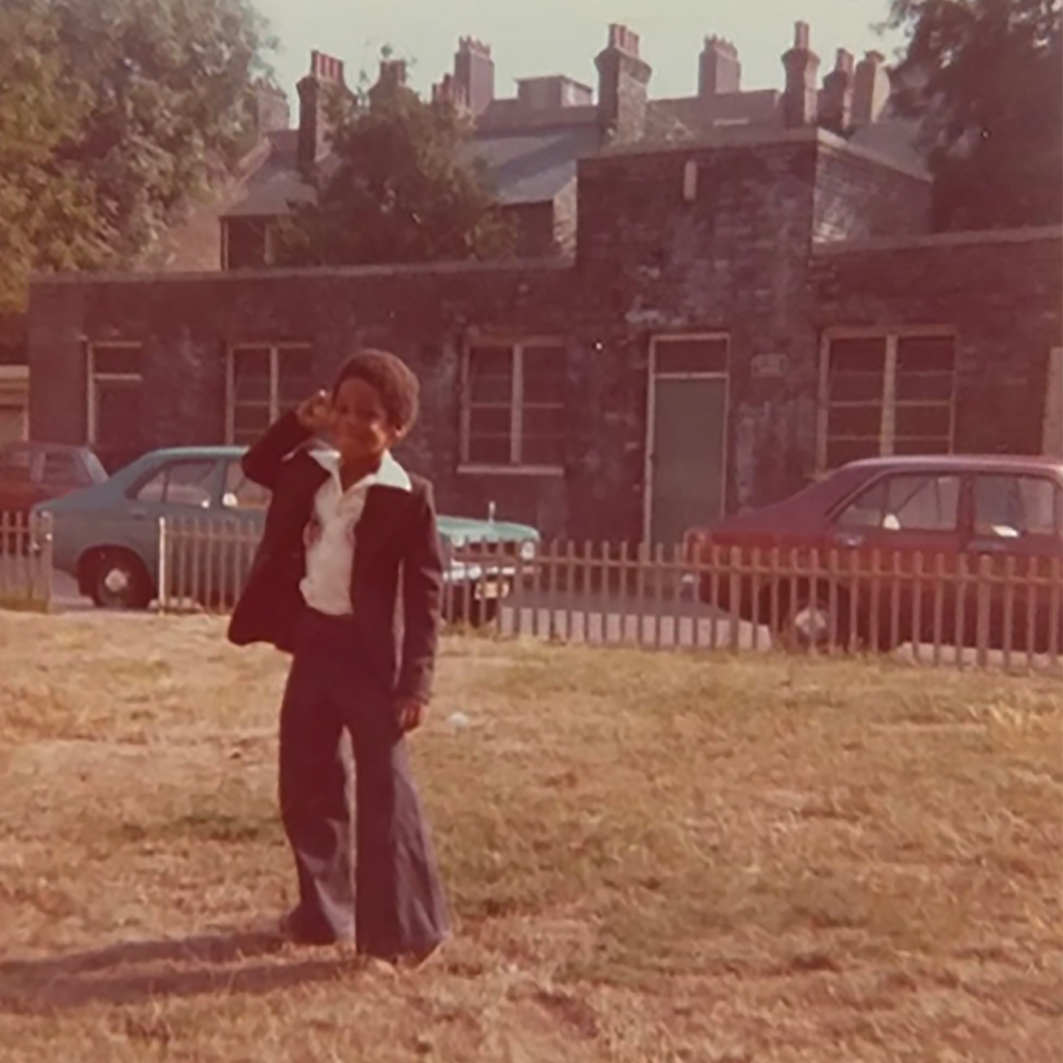 Because there was a lot of fighting there wasn’t much room for ­education. So I never ever really remember doing homework at my secondary school.

I would get into trouble with the teachers who weren’t racist. They just inflicted strict punishment on kids like me who were a bit unruly.

We were in a group called the Ls — it stood for Learners. The kids in there were mainly black, a few ­Turkish and a couple of white kids.

I left school with nothing much in the way of qualifications and the reading age of an 11-year-old.

At five o’clock every morning, kids like me used to queue up at a ­temping agency for menial jobs ­working in factories, sometimes ­working on building sites, where I was ­subjected to a lot of racism.

The only time I felt comfortable was when I would come back to the estate.
When you stepped outside of Hackney, certain places were no-go areas. And then there was the “Sus Law” — the police stopped and searched black guys because they “suspected” you might commit a crime. Really? That gives you the right to stop someone and harass them?

I was stopped and searched more times than I care to remember and thrown into the back of a police van. It was a different kind of policing back then. The cops would put a wet towel over you and hammer you with a truncheon.

That way there would be no bruises on the outside of your body.

The damage would be on the inside and your vital organs would be ­battered and bruised. But your ordeal would not end there. You’d be taken in the police van to an area that was predominantly white, normally that would be Canning Town or other parts of the East End.

They would throw you out and you’d have to try to make your way back home without being beaten up by the local skinheads.

When you look back, there weren’t many people speaking up for us. So it was easy for the police to treat you however they wanted.

For the past six years, I have made my living from TV but when we were growing up there were almost no black role models on television. People of colour were like ­caricatures. The Black And White ­Minstrel Show was still on, along with Love Thy Neighbour, It Ain’t Half Hot Mum and Mind Your ­Language.

You had comedians like Jim ­Davidson taking the mickey and you’d laugh along with it. When you’re young you don’t realise it is racism. You just see it as popular ­culture.

I learned that someone calling you “Chalky” was racism because it came directly from Jim Davidson. I have seen the fabric of TV change from the likes of Davidson to what you see on British television today.

There are still improvements that can be made but for me, doing what I’m doing, being involved in it, is ­testament to the fact I’m part of that history and change. Of course it’s important to recognise what’s happened in the past but it’s also important to appreciate what’s happening in the present, and The Repair Shop is among a number of current shows that represent the change I want to see ­continue and improve.

I suffered racism, I have suffered injustice and I wanted to mentor young people so they would not have to go through the same thing as me.

So I set up a number of charities and have run youth clubs, getting young people trained up on a whole load of stuff they were interested in. 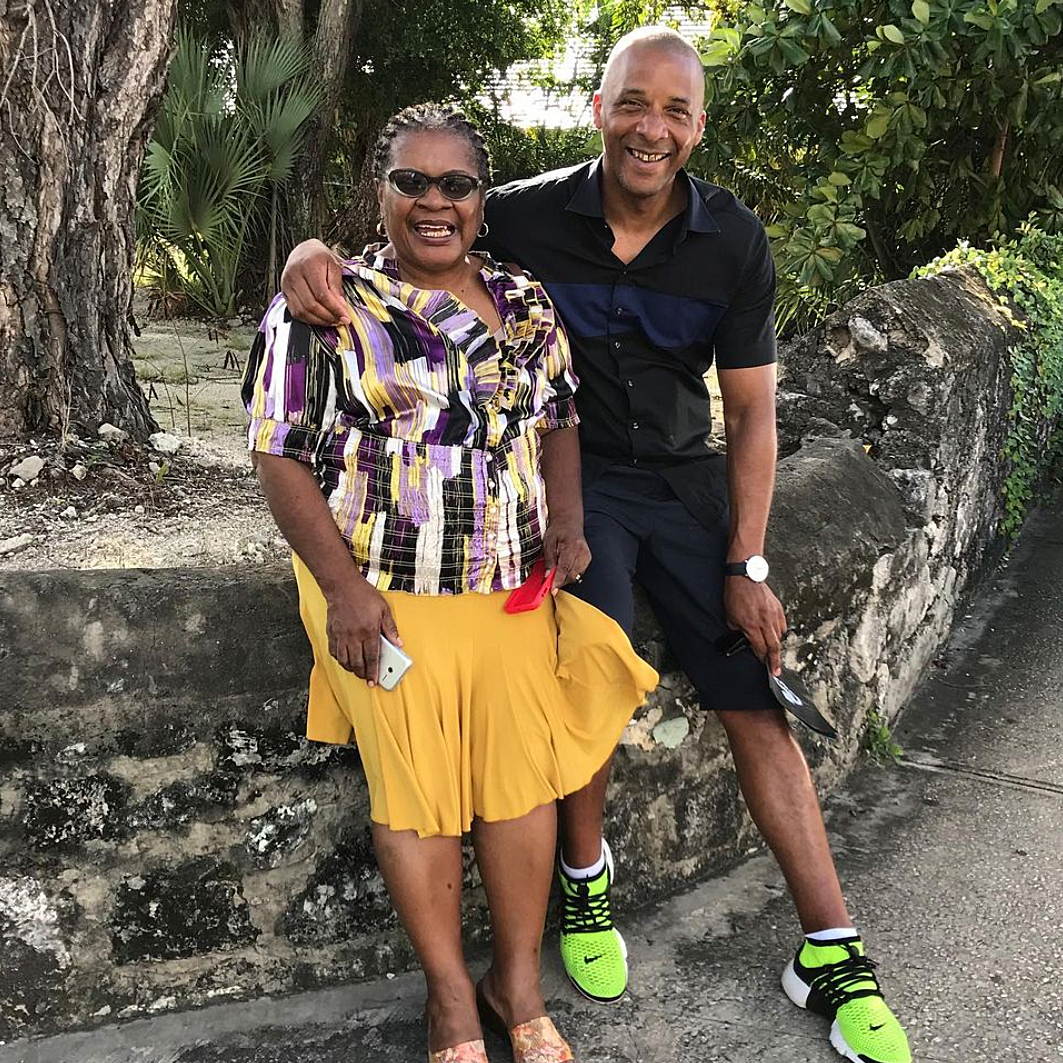 It never ever crossed my mind to become a TV presenter and I still view myself as kind of like a ­community worker. I love to support and help the community.

That is what black history is all about. It is recognising the contribution we have made. Many people believe black people only came over here during the ­Windrush generation. That is not true. Black people were here way before that. And there is so much history around black people that isn’t ­spoken about and should be.

Take John Blanke, who was a ­trumpeter for a Tudor king. A black guy was paid by the Royal Family.

You don’t get to work for the Royal Family if you are a down and out.
You have to be someone of stature. These things are not documented enough and spoken about.

Do I have a role model? I think my role model isn’t born yet. I still think there are so many more changes we need to make with our society and the way we treat people full stop.

Black history is the start of that. 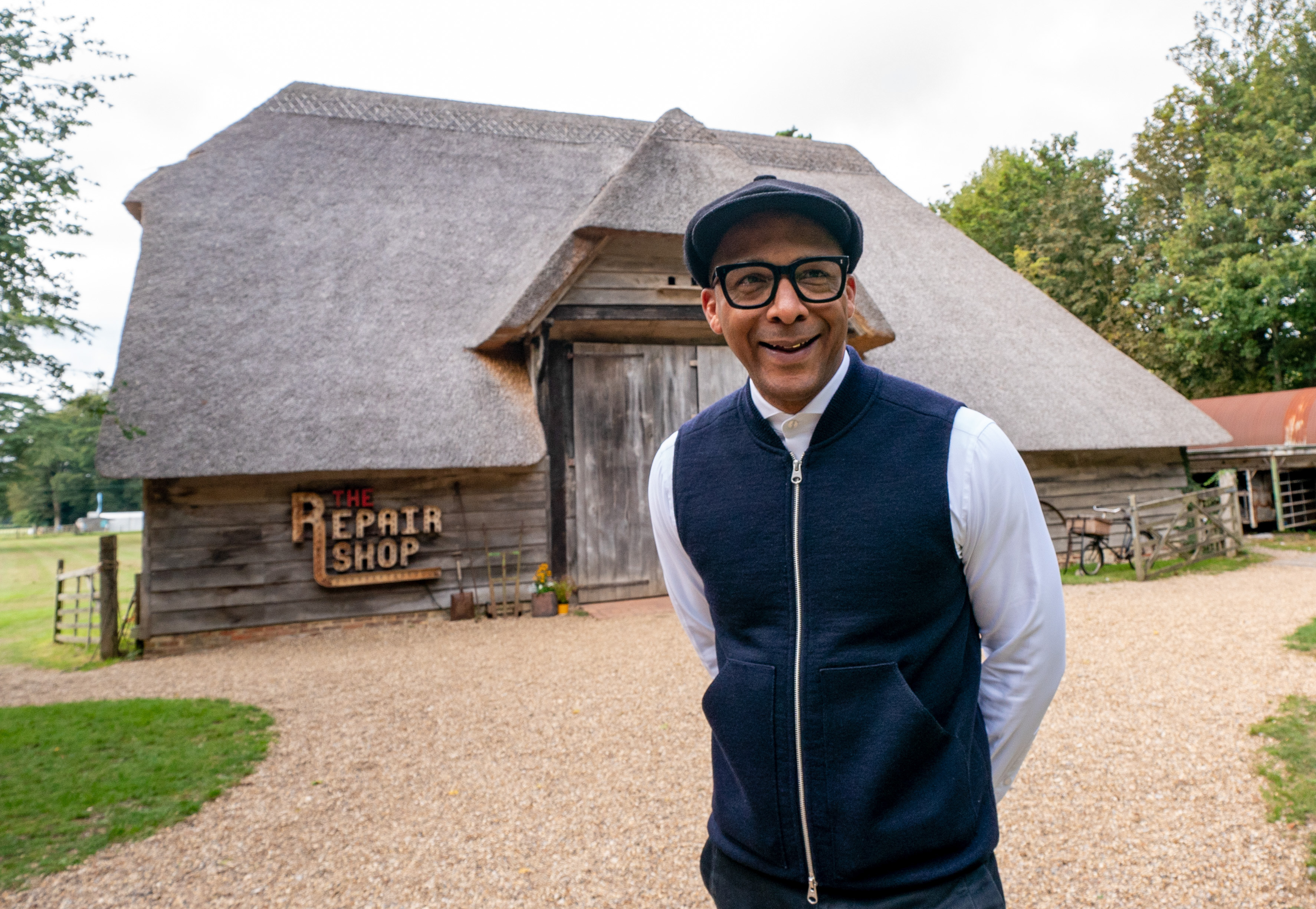