'Pulp Fiction': Kathy Griffin Reveals That Bruce Willis Had a 'Whole Gym' in His Trailer

Sometimes, behind-the-scenes details aren’t all that surprising. Kathy Griffin revealed in an interview the famously buff action icon Bruce Willis had an on-set gym during the production of the iconic 1994 Quentin Tarantino movie Pulp Fiction. Here’s what she said.

The ‘Pulp Fiction’ cast is full of major Hollywood names 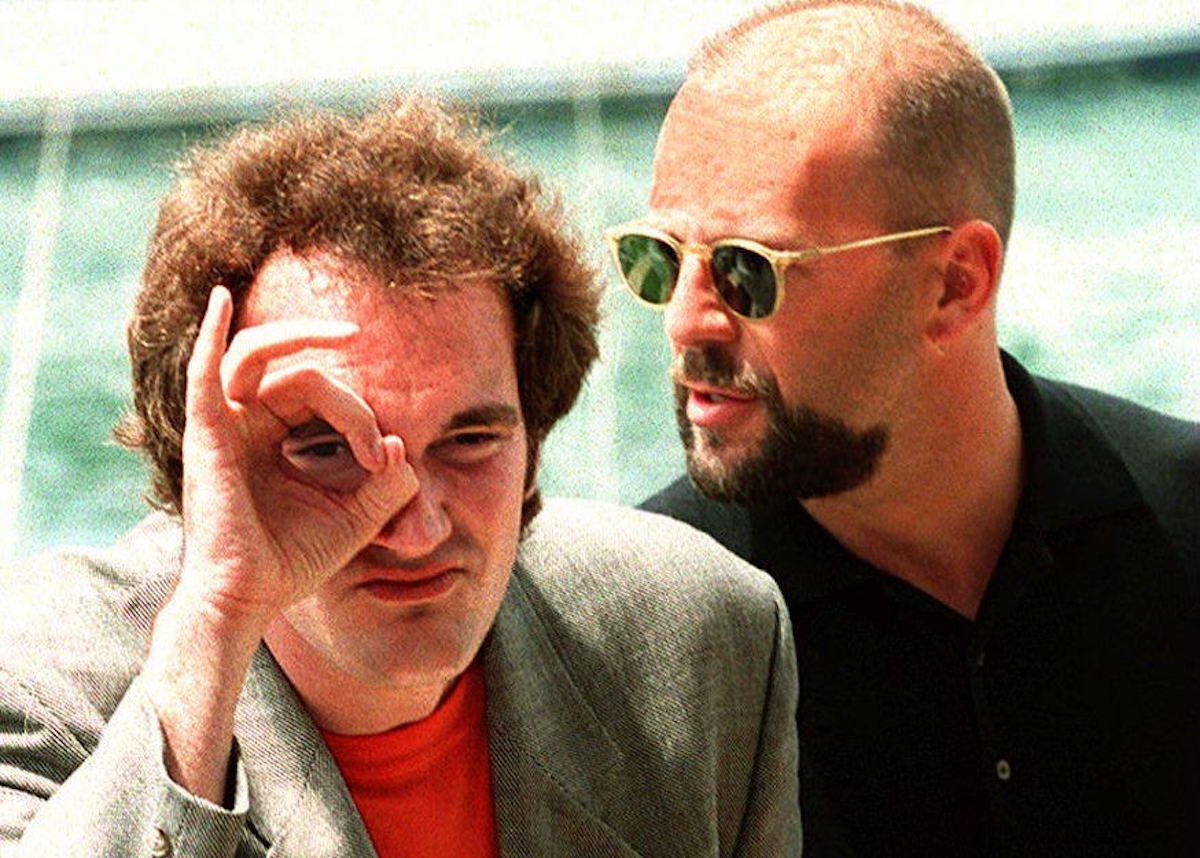 In 1994, Quentin Tarantino was on his way to the top. With the success of his breakout movie Reservoir Dogs (1992), he moved forward with Pulp Fiction. The gritty, violent crime caper set in Los Angeles was as stylized as it was shocking.

Moreover, it had a vintage vibe that somehow blended with its dark comedy. But one of the elements of its success was also its blend of up-and-coming talent and already-established actors.

Finally, in a surprising cameo, comedian Kathy Griffin appears with Ving Rhames in a pre-nose-job cameo as herself.

“Maybe once a month, somebody will be like ‘uh, I think I saw you in Pulp Fiction,” she said in a 2019 Build Series interview. “I’m like yes, with my old nose. That’s my old nose,” she laughed.

In her 2019 video interview, the controversial comedian also dished on what went on behind the scenes of Tarantino’s iconic film.

To start with, she was dating the director. “It was heaven,” she said. “I was dating Quentin Tarantino. It was amazing to be on that set. I literally had three lines.”

And to nobody’s actual surprise, Griffin revealed that it turns out Die Hard star Bruce Willis had a mobile workout station.

Moreover, she said Ving Rhames was deeply invested in his character. “And Ving Rhames, the great actor, he was very much in character,” she said, imitating his stern demeanor in the movie.

Griffin then treated her interview audience to a play-by-play of her cameo, which she says continues to baffle her fans. “There’s a scene where Bruce is driving the car, and then Ving walks by, and Ving goes, ‘Mothaf****,’” Griffin deadpanned.

“And then Bruce takes off, and knocks over Ving, and when Ving wakes up, he’s looking at me and two other– we were looking down, and I say something like ‘I saw that guy, if you need somebody to testify in court, I will! He’s right over there!’” she recounted.

‘Pulp Fiction’ was a massive success

Quentin Tarantino’s dark comedy went on to earn a whopping $100 million against a budget of $8 and a half million, per Wikipedia. Additionally, the film was an unquestionable critical success. In it’s very first review, Variety’s Todd McCarthy said the movie is a “spectacularly entertaining piece of pop culture … a startling, massive success.”

Kathy Griffin and Quentin Tarantino didn’t date long; she went on to success as a comedian and actor who will next appear in HBO’s Search Party. As for Bruce Willis and his trailer gym, he went on to star in an entire slew of iconic action movies.

To sum up, Pulp Fiction had some surprising behind-the-scenes details that Kathy Griffin unearthed and shared years after its initial release.