Review: Even James Corden can’t spoil the teary fun of the Friends Reunion 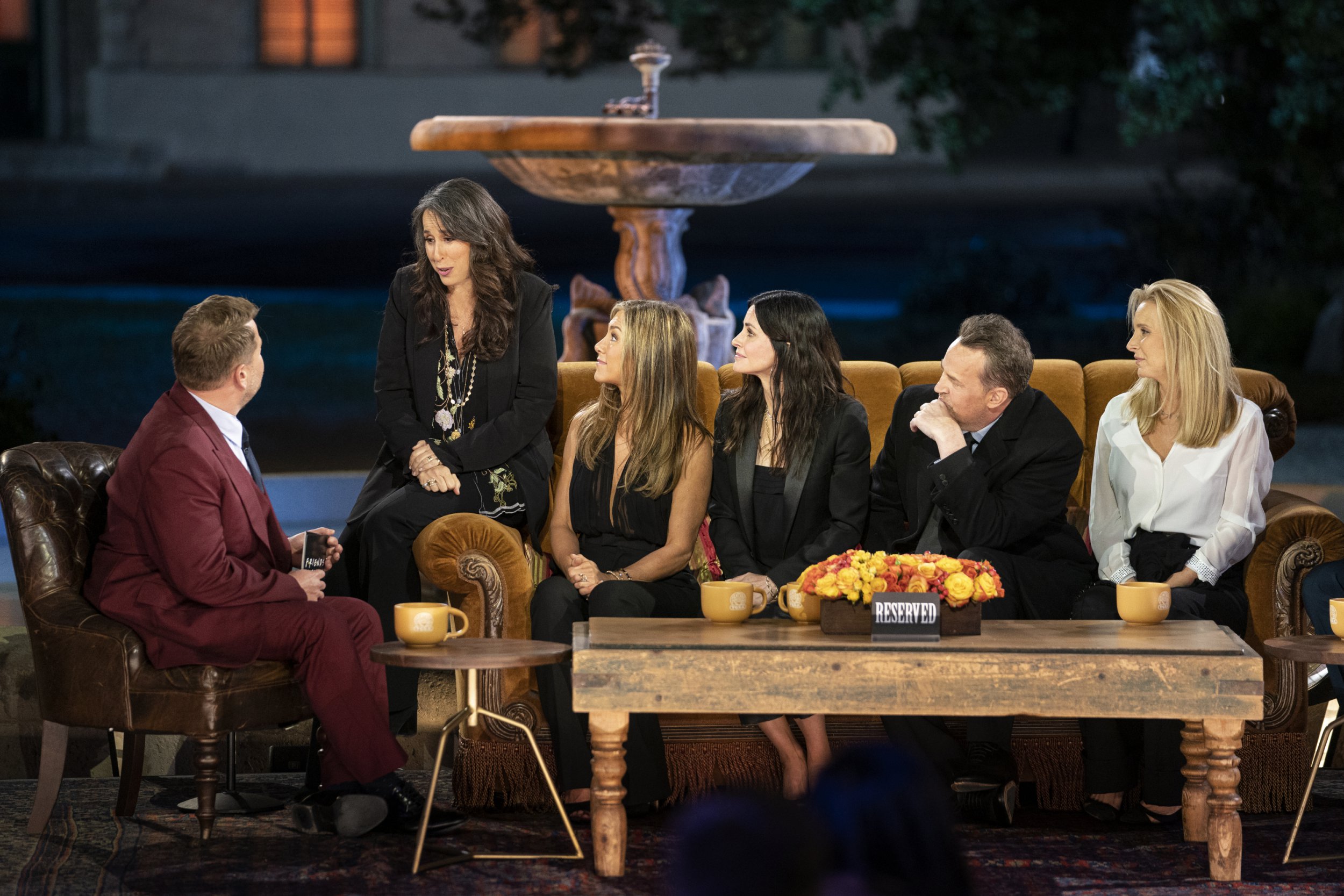 ‘Could you BE any later,’ heckles Jen.

While the six stars of Friends have rarely been off screen in the 17 years since Rachel got off the plane, there’s a chill when they come together for the very first time right where it all began.

As the cast pick up their tears and gather around Monica’s apartment, after endless speculation about what the long-awaited Friends Reunion would be and if it could possibly live up to the hype, in the opening moments of the landmark special, it’s soon clear that essentially the magic of bringing Rachel, Monica, Chandler, Joey, Phoebe, and Ross together in the living room over 200 million people found a home in for a decade is all hard core fans really needed to see.

The eternal success of Friends is a mystery.

If anyone could quite capture why the sitcom about six unexceptional twenty-somethings entering their 30s would translate for millennials, Gen Zd’ers and whatever generation equipped with pitchforks ready to pick apart anything and everything that was loved in the 90s is coming next, Friends wouldn’t still be the most popular TV series – sitcom or otherwise – across any streaming platform or channel today.

But actually, Friends was blessed with a gift nothing else in its wake could replicate: the cast.

While the Friends Reunion may not be remarkable – there are few secrets left uncover or stories which remain unheard – the power of having the gang together in whatever capacity proves to be an emotional gut-punch enough.

Their chemistry is timeless. Whether they’re reading through scripts of ‘The One with the Jellyfish’ or ‘The One Where They all Find Out’ seeing them slip back into their characters – even if just for a table read – hits like seeing someone you love and never thought you’d see again.

There is, however, plenty of surprises – none of which we can reveal here (just yet). The cast becomes reacquainted with several familiar faces (and a pair of hands), which is as much of a joy to watch as it looks like it was to be a part of.

The problematic celebrity guest list – which has already come under fire as a missed opportunity to redeem its diversity issue without a single Black star featured in the special – thankfully, isn’t particularly present.

K-Pop giants BTS share how Friends helped develop their English; David Beckham describes how whenever he’s missing the family he can always count on Friends to make him smile; and someone very special sits down with Lisa to recall the impact Phoebe had on her and all the misfits who never quite fit in.

Concerns when James Corden was announced as host are understandable and, yes, the few minutes he yells questions to the cast like he’s filming an episode of Carpool Karaoke from the back of a jet engine could be done without.

However, without him and his production company we wouldn’t have a reunion at all so it’s a price worth paying.

The impact of Friends is immeasurable, but perhaps its greatest legacy will be its comfort, which for the biggest fans – who still turn to the gang daily and laugh because they know which joke is coming next – is everything they’ve craved since the final episode aired in 2004.

This is that familiar long overdue cuddle and hand to hold during a weepy trip down memory lane.

It’s just fun – there’s no room for anything else, and nor should there be. It’s not here for headlines, it’s not here to exploit its stars or bury old hatchets – the reunion is simply here to be there for you, like you’ve been there for Friends too. A celebration of what is easily the most loved show of all time – and deservedly so.

Friends: The Reunion is available to stream on NOW from May 27 and will air on Sky One at 8pm.