Rocky dies in EastEnders heart attack tragedy as he confesses to scamming Sonia? 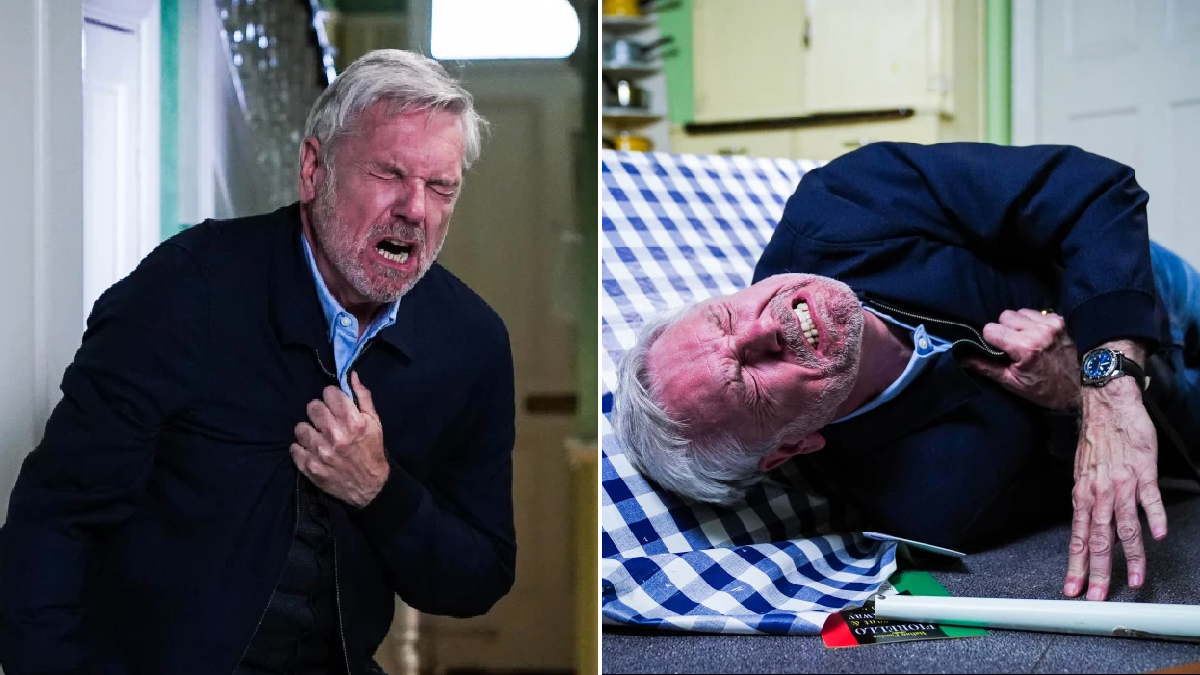 Tom ‘Rocky’ Cotton (Brian Conley) has enough of playing the conman in EastEnders, but his plan to confess his crimes doesn’t go as he hopes, as he ends up clutching at his chest in agony before collapsing to the floor!

Next week is a big one for Rocky, as he faces court over keying Ethan’s car.

We’re keeping tight-lipped on the outcome of that, but the schemer soon has other things on his mind, after he spots Sandy Gibson (Martha Cope) back in the Square.

Afraid her presence could prove problematic, Rocky decides it’s high-time to leave Walford, and thus he sets in motion an escape plan.

Kathy Beale (Gillian Taylforth), however, unknowingly interrupts his exit, asking him to help her out at the restaurant.

Rocky contemplates what to do for the best, and ultimately opts to honour his word, stopping by Walford East. But he’s confused when he finds the place empty.

Little does he know that it’s a surprise party for his 60th birthday!

The realisation soon dawns on him though, and he’s incredibly touched by the efforts Kathy and Sonia Fowler (Natalie Casssidy) have gone to. That is, until the guilt starts to sink in once again.

Having had enough, Rocky tells Dotty Cotton (Milly Zero) that he’s decided to come clean, and thus – after the party – he writes a letter to Sonia and Kathy, explaining his crimes.

But a tragic turn of events sees him grab at his chest in agony, and he ultimately collapses to the floor and becomes unconscious.

Dotty, meanwhile, is stunned later to see him being loaded into an ambulance.

Will Rocky be okay? Has he suffered a heart attack?

What’s more, will anyone find the note that he left? If so, will his crime finally be exposed?