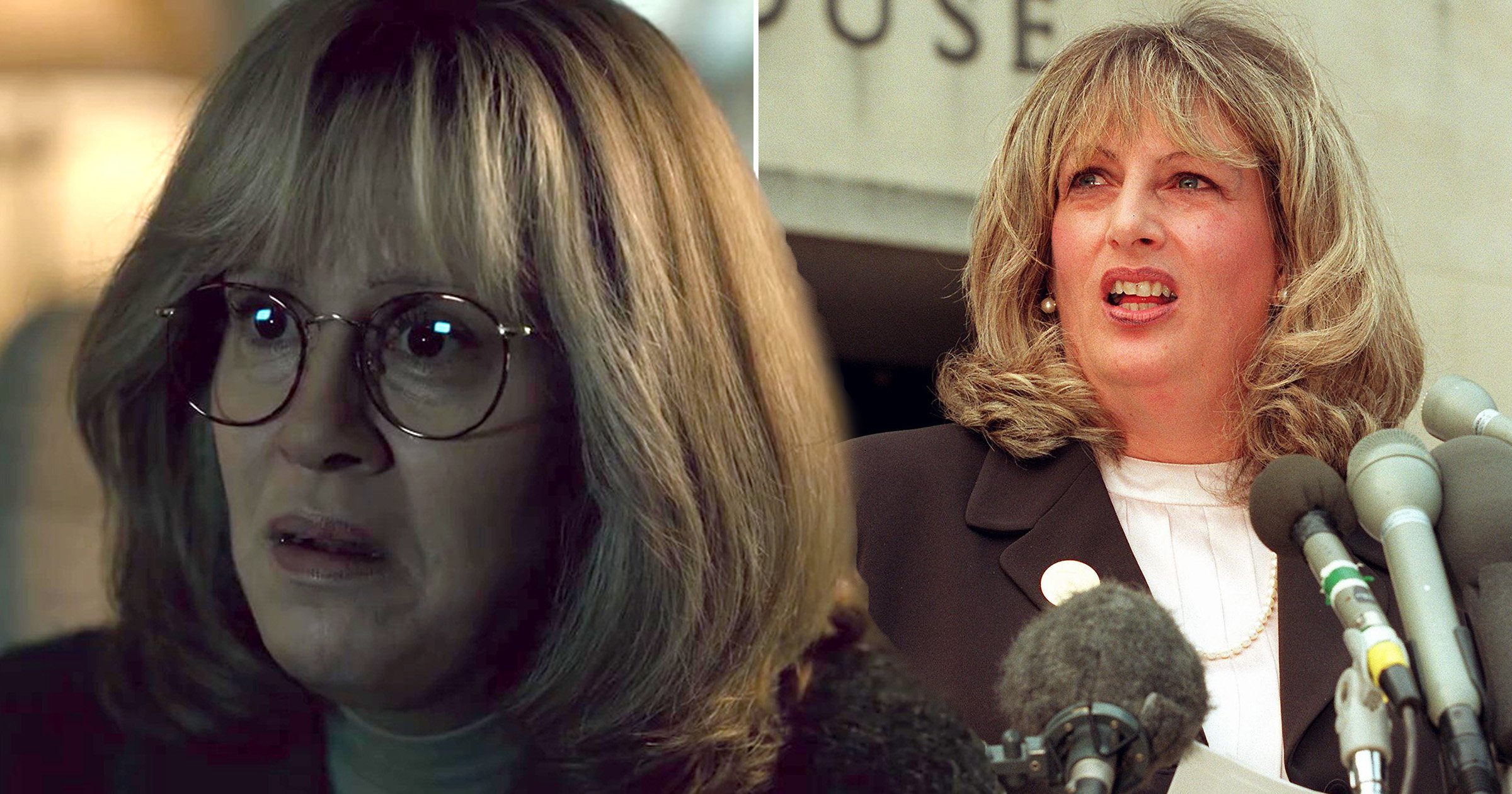 Sarah Paulson has spoken out about the criticism she received for wearing a ‘fat suit’ to play American civil Linda Tripp servant in Impeachment: American Crime Story.

The actor, 46, took on the role of Linda in the third season of American Crime Story, which revolves around the Clinton-Lewinsky scandal.

She wore a five pound ‘fat suit’ to emulate Linda’s appearance after also gaining 30lbs, putting on prosthetic teeth, a prosthetic nose, and a wig.

When pictures of the Ratched star on set surfaced, critics were quick to call out the casting choice, claiming the role should’ve gone to an actor more similar in size to the real Linda Tripp and, by accepting the job, Sarah was taking up space deserved by ‘fat’ actors.

Addressing the backlash in an interview with Los Angeles Times, the Golden Globe winner stressed the harm fat phobia causes while admitting the role was ‘the challenge of a lifetime’.

‘It’s very hard for me to talk about this without feeling like I’m making excuses. There’s a lot of controversy around actors and fat suits, and I think that controversy is a legitimate one,’ she explained.

‘I think fat phobia is real. I think to pretend otherwise causes further harm. And it is a very important conversation to be had. But that entire responsibility I don’t think falls on the actor for choosing to do something that is arguably, and I’m talking about from the inside out, the challenge of a lifetime.’

Sarah also thinks simply casting an actor with a larger body purely to have someone who looks more similar to Linda would be ‘a real reduction of the offering the actor has to make’.

The star also confessed she believes there is ‘something in her being’ that makes her ‘right’ for the part, clarifying that enhancing someone’s appearance by the means of hair, make-up and costumes has happened ‘since the invention of cinema’.

However, the actor regrets not considering the wider implications of agreeing to the part beforehand, and acknowledges the privilege she has in being able to think like that.

‘Was I supposed to say no? This is the question.

‘I regret not thinking about it more fully. And that is an important thing for me to think about and reflect on.

‘I also know it’s a privileged place to be sitting and thinking about it and reflecting on it, having already gotten to do it, and having had an opportunity that someone else didn’t have.’

She concluded by stating she ‘should have known,’ but has learnt a lot from the controversy.

Impeachment: American Crime Story, created by Ryan Murphy, tells the story of Bill Clinton’s infamous affair with then 22-year-old intern Monica Lewinsky in 1994, which led to the President’s impeachment.

Monica herself signed on as a co-producer to ensure ‘that this never happens to another young person again’.

Impeachment: American Crime Story releases on FX in the US on September 7. A UK release date has yet to be confirmed.