Home » TV & Movies » Spoilers: Emma and Curtis' passion as they take the next step in Corrie

Spoilers: Emma and Curtis' passion as they take the next step in Corrie 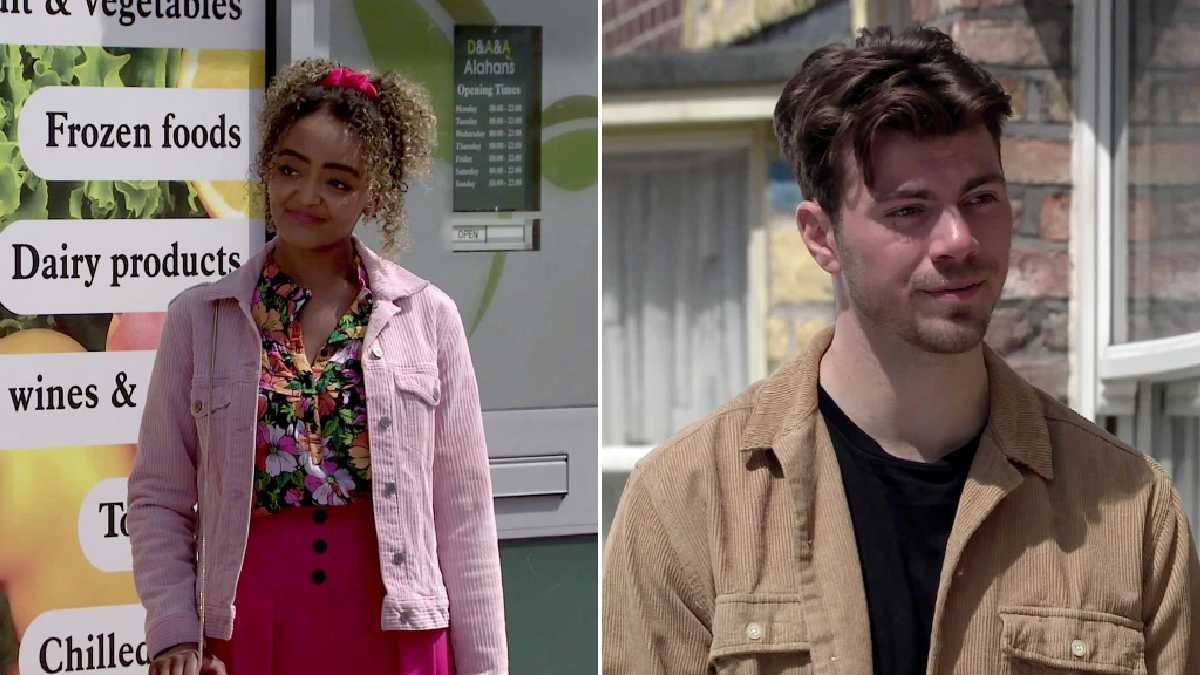 As Emma sorted a delivery at the pub, Curtis swooped in and saved a barrel from rolling down the street.

Since then, a relationship between Emma and Curtis has formed. They’ve had a few problems, but ultimately, things are going well and coming up, they decide to take the next step in their relationship.

Curtis and Emma run their idea past Steve and Tracy (Kate Ford). Initially, Steve is hesitant, but when Curtis and Emma make out that they’ve offered the December slot to Dev (Jimmi Harkishin), Steve falls for the ploy and argues he’d be much better suited.

After talking Dev and Kevin (Michael Le Vell) into the idea, Curtis realises he’s miscounted and has accidentally signed up 13 models for the calendar.

As they continue to spend time together Curtis and Emma agree they’d like to take their relationship to the next level.

It’s going well! But nothing will stand in Emma and Curtis’ way of progressing their relationship even further, right?