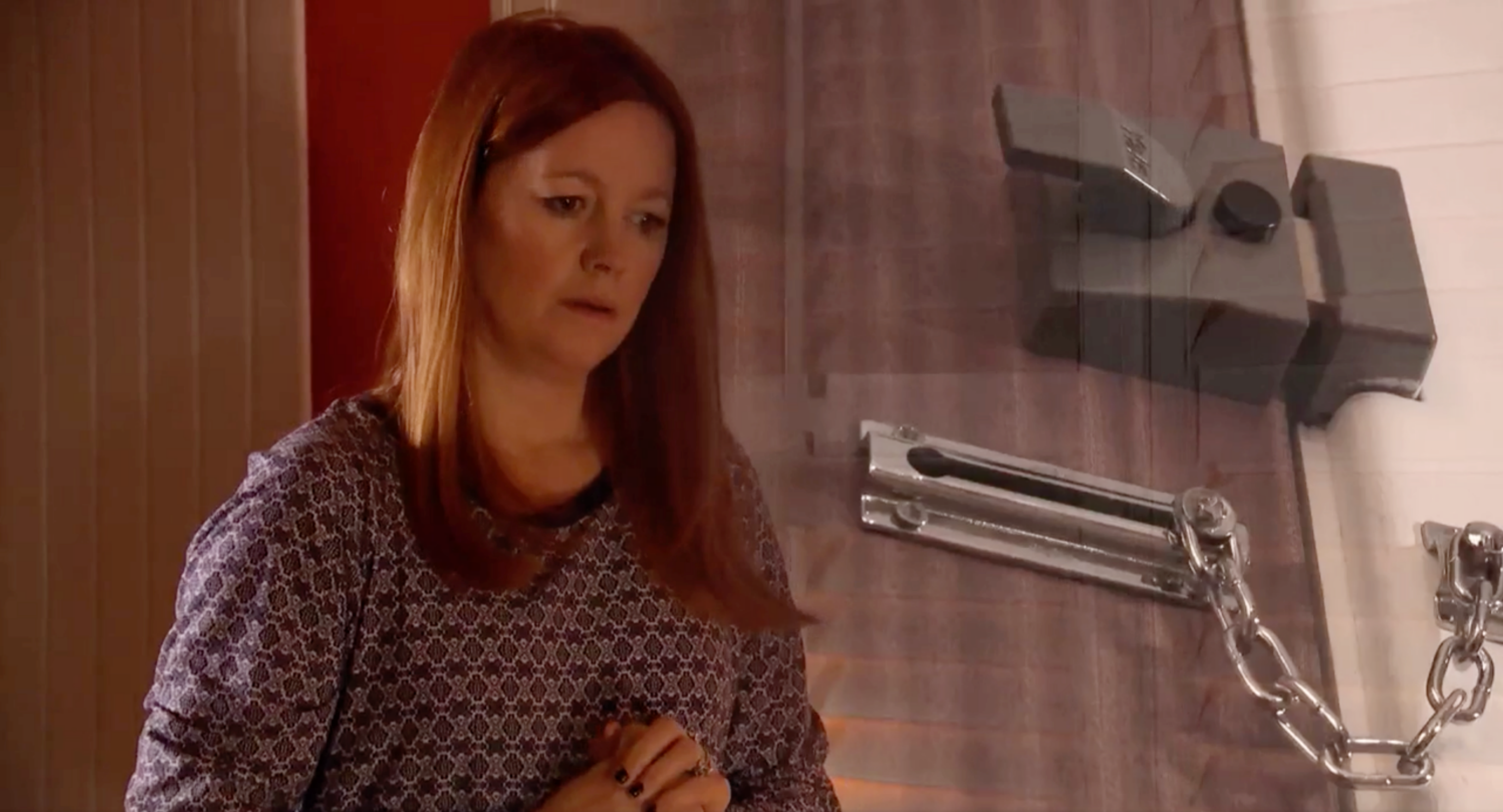 Diane Hutchinson (Alex Fletcher) is evidently struggling in Hollyoaks in the wake of the discovery that she’s pregnant with Edward’s (Joe McGann) baby.

Diane discovered that she was pregnant several weeks ago, but she withheld this information from Tony (Nick Pickard) until she found out who the father is.

Last week, she got the answer she was craving, but unfortunately it wasn’t the one she’d hoped for, as she learned that the baby is Edward’s.

Left with little choice, Diane revealed to Tony that she was pregnant, and for a moment he was overcome with joy, as he believed the baby to be his.

However, when he learned that his dad was the baby daddy, he was heartbroken.

Tonight’s edition of the Channel 4 soap (February 15) saw Diane decide to have a termination, but it was clear that she wasn’t sure what she wanted.

Tony was in a similar position, but after some advice from Darren Osborne (Ashley Taylor Dawson), he realised that he did, in fact, want to have this baby.

He reconciled with Diane, informing her that they’ll make this work together and bring the child up as their own, and she was overcome with emotion — having finally come to believe that Edward was out of their lives for good.

However, as the episode came to a close, Diane was left checking the windows and the door locks three times each, and — via the use of voiceover — viewers could hear just how much she was struggling.

‘Did I lock that window?’ she said in her head, as she took hold of the locks once more. ‘One. Two. Three. Nobody can get Tony, because it’s locked.’

She then headed to the door, and pressed the lock three times — much like the window — before pressing it another three.

Is this the beginning of an OCD storyline for Diane?