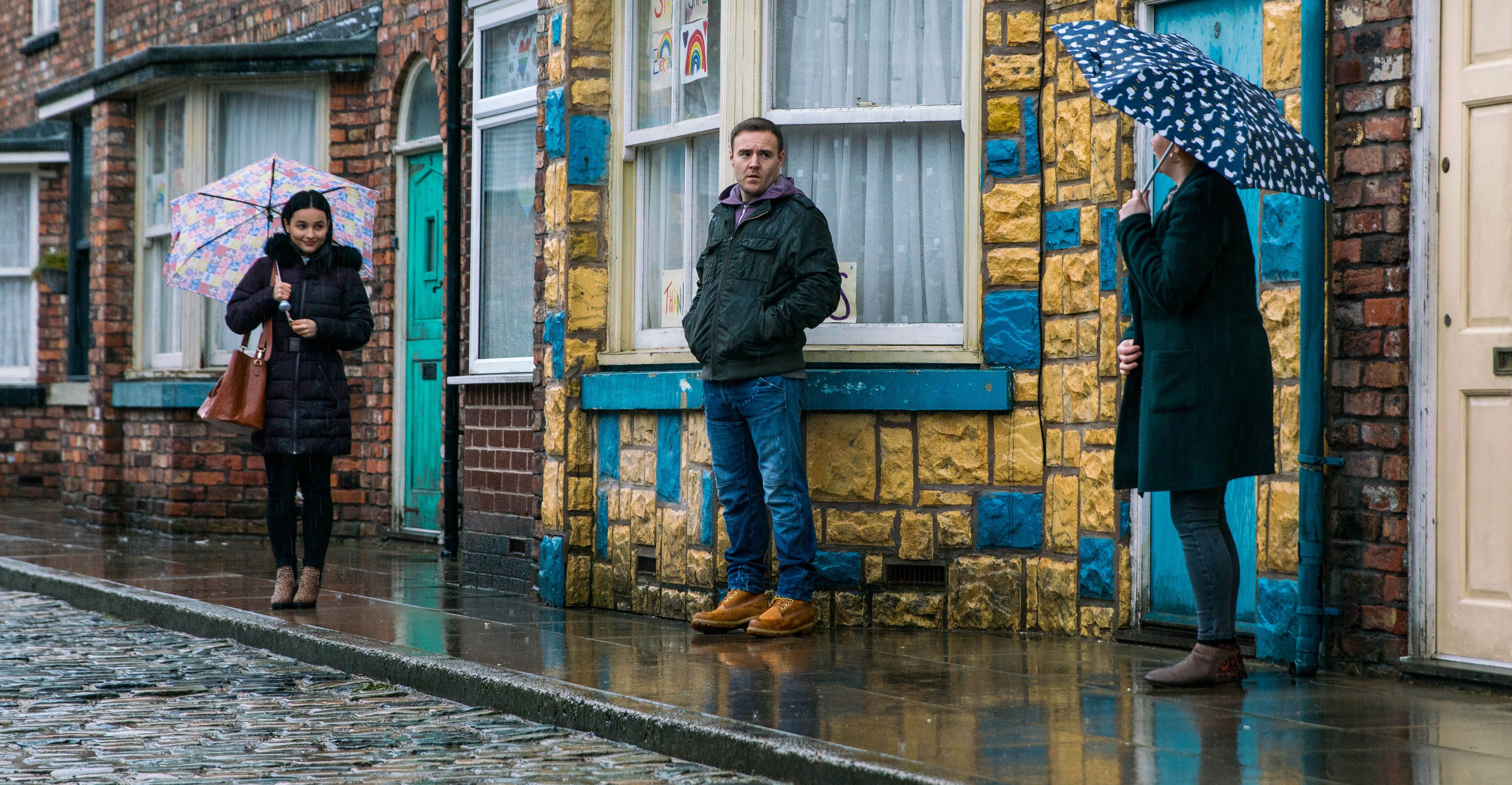 Tyrone Dobbs (Alan Halsall) in Coronation Street will find himself in a tricky situation soon when he becomes more aware of his feelings towards Alina Pop (Ruxandra Porojnicu).

Tyrone and Alina have been growing closer for a while, and it’s clear they enjoy each other’s company, but will these confusing feelings lead to Tyrone splitting up with Fiz (Jennie McAlpine)?

Tyrone flirts with Alina in the café and it’s clear she enjoys his attention.

Later, as Alina shows Emma (Alexandra Mardell) and Seb (Harry Visinoni) the gift he’s bought for Tyrone as a thank you for fixing her car, Seb watches her wistfully.

Emma urges Seb to tell Alina how he feels, but when she agrees to lunch, Alina steals herself and admits to Seb that she’s actually in love with someone else.

Tyrone finds an upset Alina in the gardens and when Alina confesses she’s fallen for him, Tyrone is overwhelmed.

Tyrone returns home, his head in a spin, to find Fiz and Adam (Sam Robertson) waiting. Adam advise that since they’re not married, it’s important they make a will.

When Fiz suggests they could just get married, Tyrone slaps the idea down.

How will Fiz react?

Will this lead to Tyrone telling Fiz how he feels about Alina?