Home » TV & Movies » Spoilers: Tyrone takes revenge on Fiz in Corrie as he turns the tables?

Spoilers: Tyrone takes revenge on Fiz in Corrie as he turns the tables? 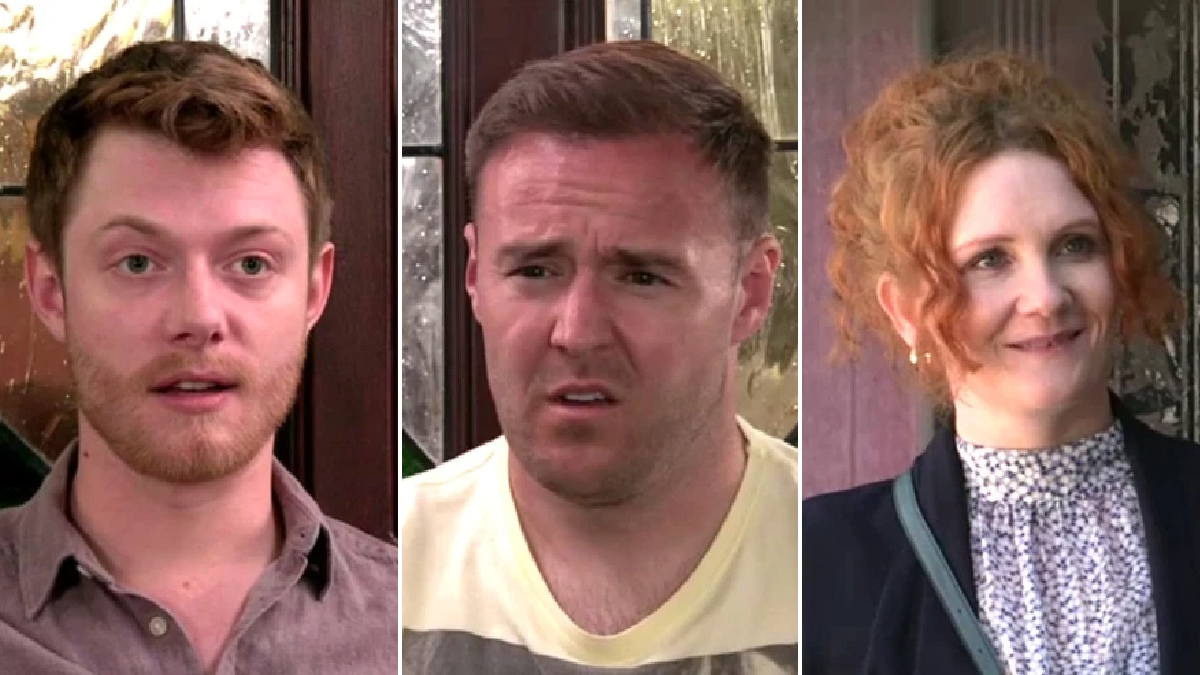 The feud between Tyrone Dobbs (Alan Halsall) and Fiz Stape (Jennie McAlpine) is far from over in Coronation Street as tonight, Tyrone planned to turn the tables.

This week, wanting to finally move on, Fiz set up a dating account and, much to her surprise, it wasn’t long until she found someone wanting to meet up.

However, arriving at the bistro, Fiz was shocked to find Chris – a female journalist wanting to write a story on someone’s partner leaving them for a younger woman.

The opportunity too big to refuse, Fiz agreed and tonight (July 16), the Weatherfield residents all had a chance to read the article.

It didn’t take long for Fiz’s friends to realise the story was about her and after having a read herself, Alina (Ruxandra Porojnicu) told Fiz she never set out to steal Tyrone from her.

Once Tyrone discovered what was going on, he made his way over to the furniture shop and confronted Fiz. Too engrossed in their argument, Tyrone and Fiz failed to spot a customer – Phill.

In the pub, Daniel (Rob Mallard) arrived to meet Tyrone.

Pitching his idea and wanting to run a story from the other side, Tyrone was annoyed when Daniel refused to run his story, commenting on the fact that Fiz isn’t the one in the wrong.

Tyrone resolved to write the piece himself but meanwhile, closing up the shop, Fiz was flattered when Phill returned and asked if she wanted to meet for a drink.

If Fiz is preparing to move on from Tyrone, how will she feel if he manages to run his story and their life becomes public knowledge?