AJ Pritchard has said that the coronavirus vaccine is ‘helping’ the entertainment industry get back to normal after three unnamed Strictly Come Dancing professional dancers are thought to have shunned the jab.

The BBC One series, which launched on Saturday, is reportedly in ‘chaos’ after it was claimed that three pros had decided not to have the vaccine.

After James Jordan blasted their actions as ‘selfish’, former co-star AJ had his say on the claims during an appearance on Good Morning Britain, alongside brother Curtis Pritchard.

When asked if he was surprised by the news that some unnamed pros have not been fully jabbed, he told Ben Shephard and Kate Garraway: ‘All I can say personally is that our actions speak louder than words.

‘We’ve gone and helped at vaccination centres, helped people get the jabs.

‘We’re both double jabbed and we feel like for the entertainment industry, the theatres, the live feeling… to get that back to full capacity, the jab is helping. 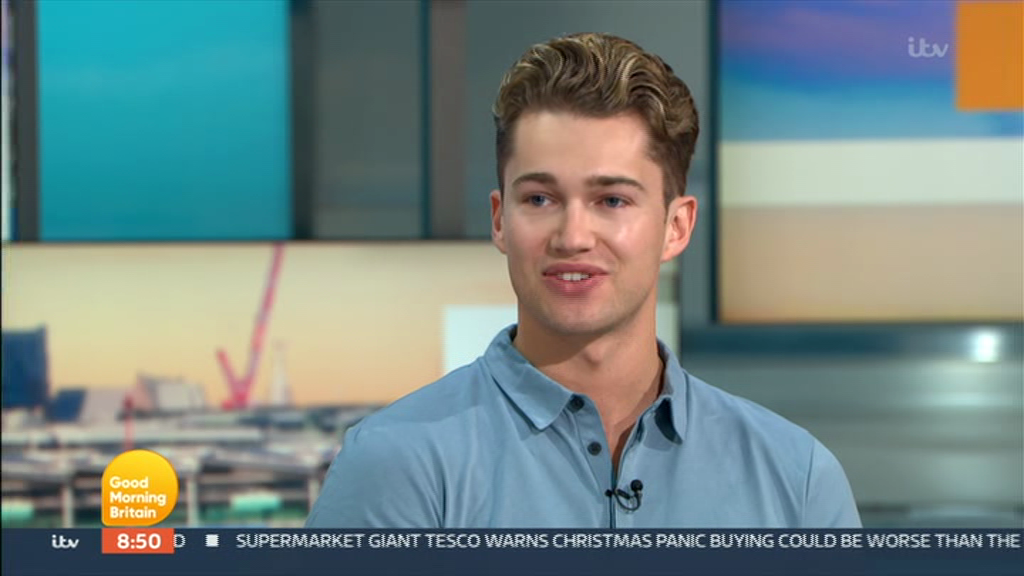 ‘That says it for us and that’s where we stand.’

Curtis also suggested that those who haven’t had the vaccine should be removed for the current series.

‘I hope the show can go on, I really, really do. It’s a fantastic show and we all know, coming up to Christmas, Strictly is that lead up to Christmas. I just hope they don’t pull the show.

‘There’s always reserve professionals on there, so if they’re thinking of pulling the show, I don’t think that should happen. Maybe remove the pros that aren’t getting the jab, not get rid of them, not fire them at all.

‘There’s always reserve pros on the show. So bring the ones in that have had the jab for this year, put the other ones on the reserve list. They are still part of the programme, and the show can move on and go forward.’

Insiders have claimed that there is ‘resentment’ backstage over the unvaccinated dancers, as the show could potentially be put at risk.

A spokesperson for Strictly told Metro.co.uk: ‘We do not comment on speculation of somebody’s Covid vaccination status.

‘Strictly Come Dancing production has, and will, continue to follow strict government guidelines to ensure the safety of all on the show.’

Prime Minister Boris Johnson also spoke out on the reports, and shared his belief that people should take up the vaccine against coronavirus.

Speaking to reporters in Washington DC, Mr Johnson said: ‘I think that that’s a matter for the producers but I strongly believe that people should get vaccinated.

‘I don’t want to bully people or to lecture them but, well I don’t mind lecturing them, I’ll lecture them: I think it is a great thing to do for yourself, your family, your community.

‘I think people should get a jab and it is a wonderful thing to do.’

Good Morning Britain continues on weekdays at 6am on ITV.