SUSANNA Reid was shouted down by a furious guest on Good Morning Britain who claimed she accused him of being a "vaccine-denier".

The presenter, 50, was leading a debate on whether those who have been "double jabbed" should be given more freedom. 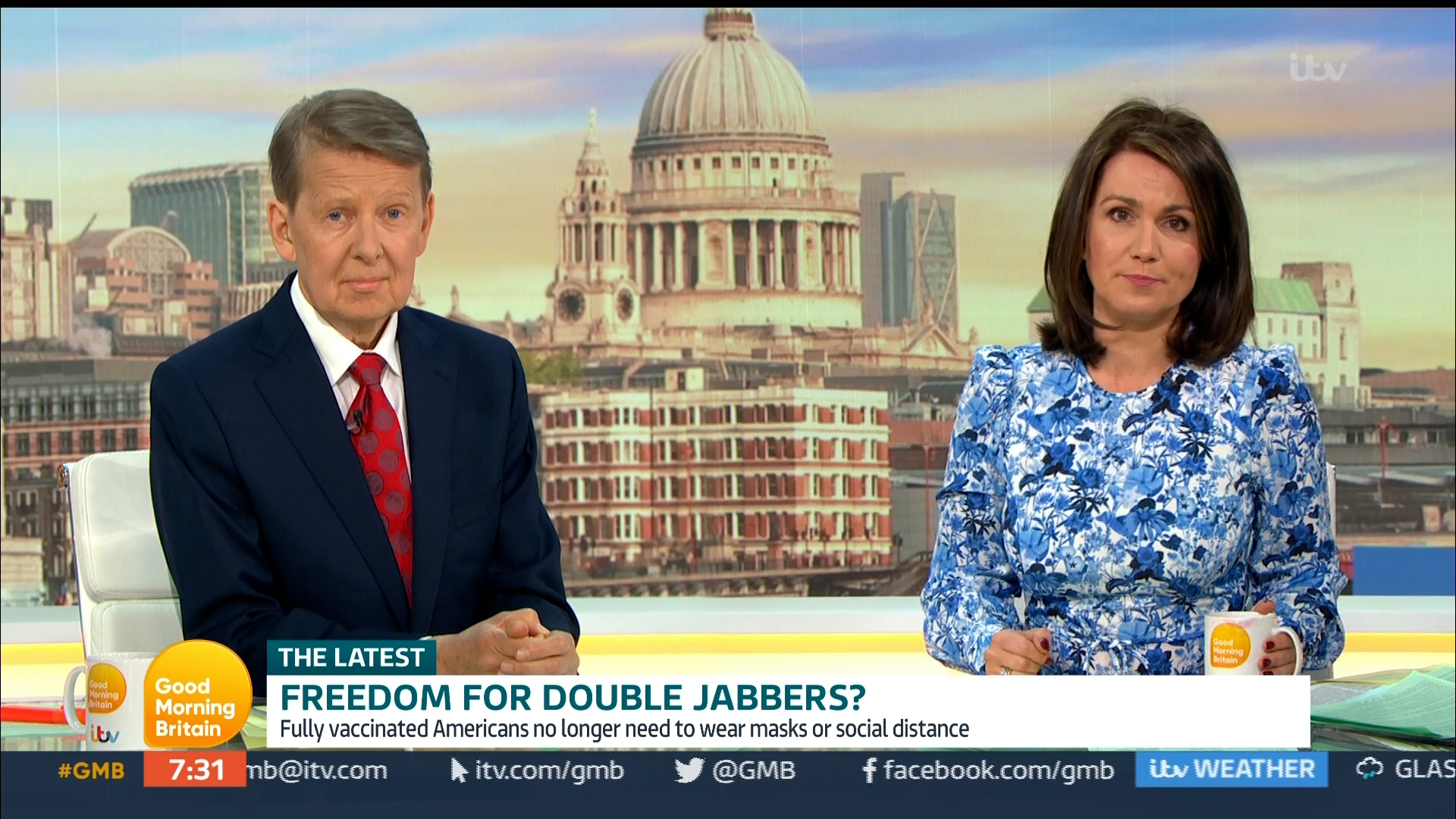 Charlie Mullins, CEO of Pimlico Plumbers, argued that vaccinated people should be allowed to scrap social distancing and mask-wearing.

Explaining he is yet to have had the vaccine, Charlie said: "I've been in Spain the whole time with work commitments so I've not been back to the UK for five months, so no I haven't had it.

"I'm back next week and due to have it then, thank God."

Susanna replied: "OK but you think that people who have been double jabbed should be given more freedom than those who haven't, which is ironic seeing as you haven't even had one." 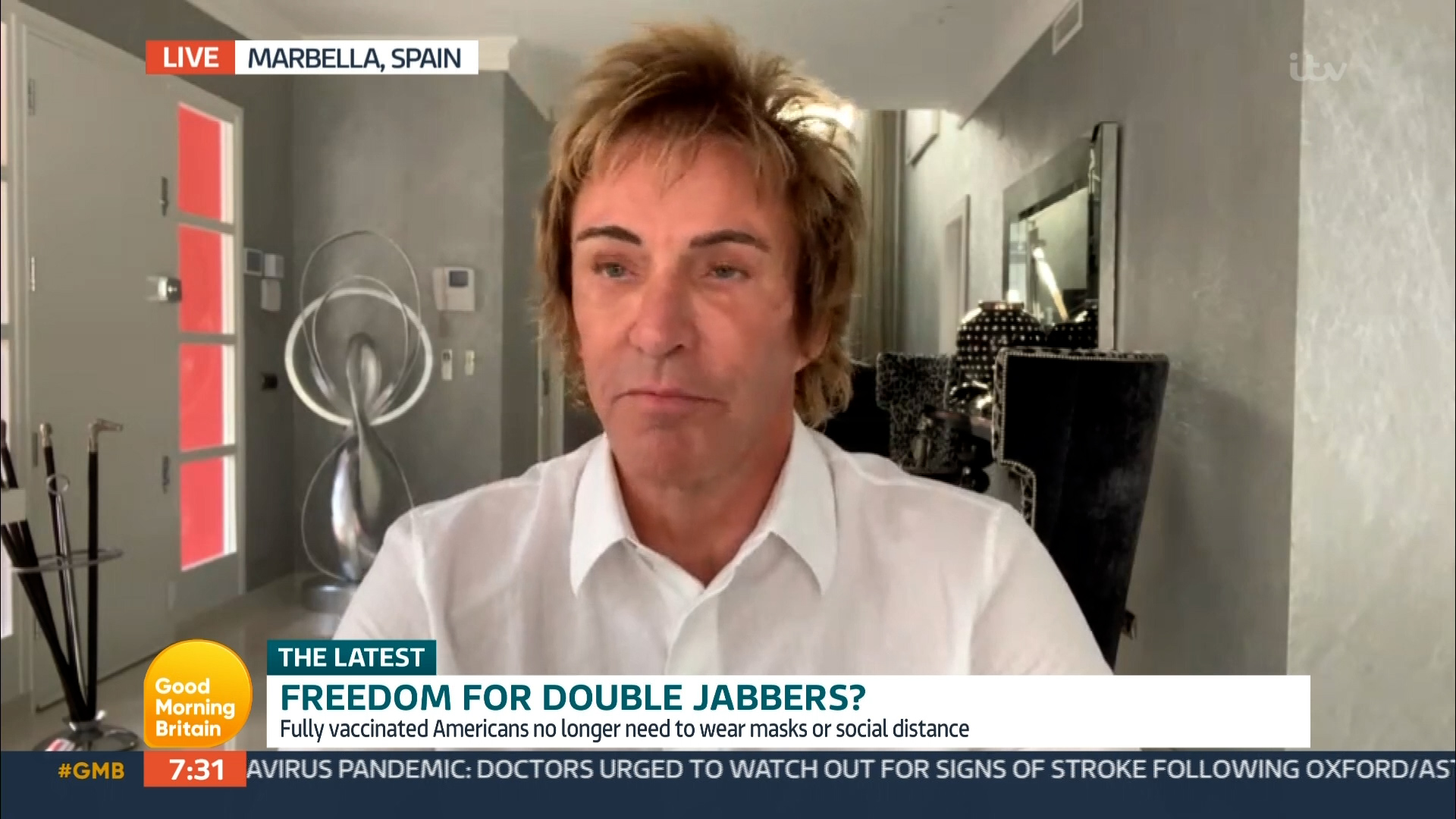 Irritated Charle shot back: "Well that's got nothing to do with it, has it? The fact you asked me a direct question and I give you a direct answer, I'm due to have it…"

Backing down, Susanna replied: "I'm sorry, I'm not in any way suggesting you're a vaccine denier…

"But once you are double jabbed, what are the freedoms you think people should be able to have?"

Charlie said: "To travel, get back to work without masks or social distancing and to get back to normal life." 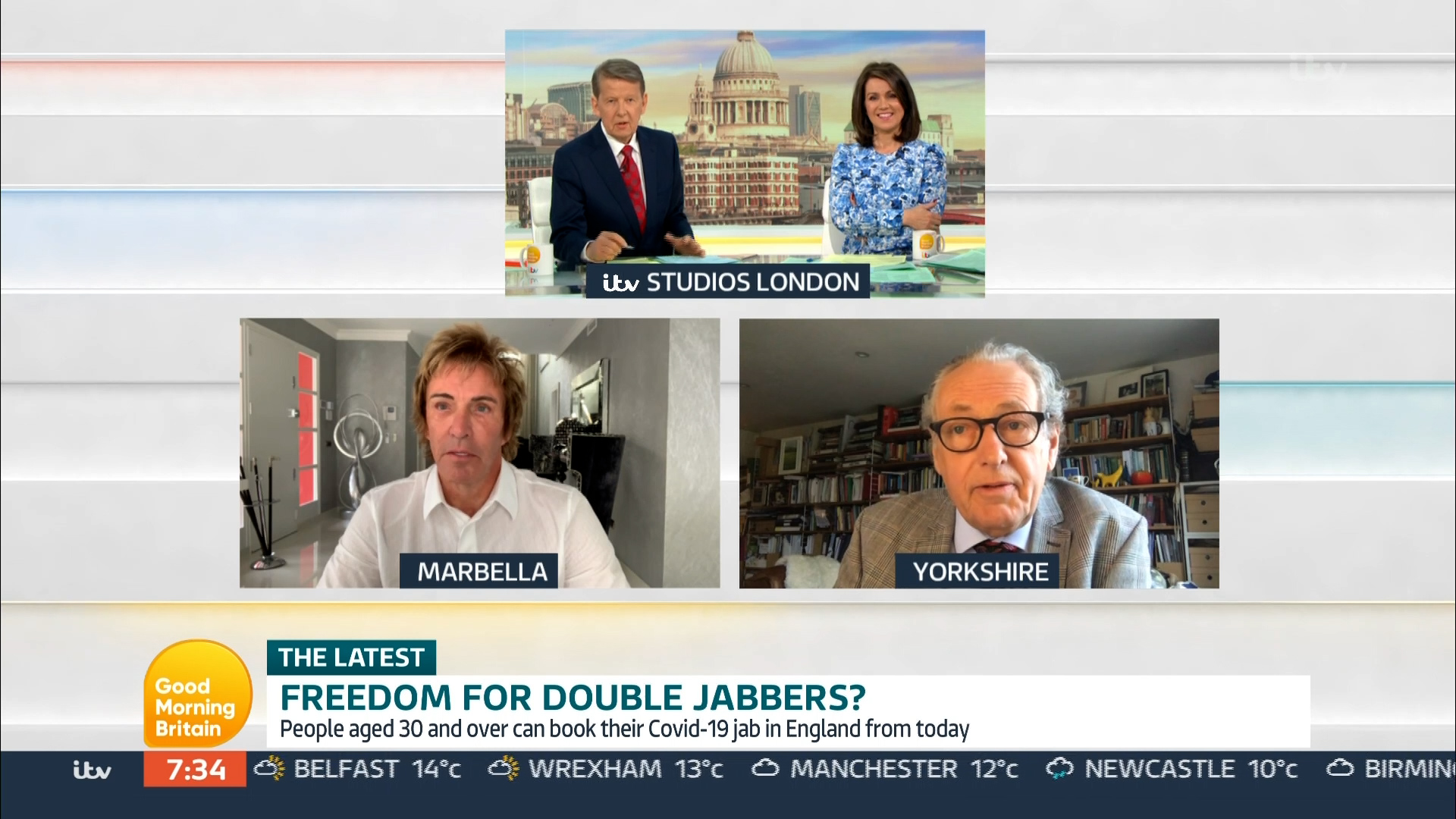