Sydney Morton and Jordan Dean were tasked with playing one of the most famous and conversation-starting couples in the world, Meghan Markle and Prince Harry, in their upcoming Lifetime movie.

In Harry & Meghan: Escaping the Palace, the two American actors embody the Duke and Duchess of Sussex, settling into their accents and tones despite coming from different backgrounds.

Ohio-born Morton plays the California native, and had some interesting tactics for getting Markle’s voice just right.

“I had, like, 30 voice memos that I’d recorded from interviews and scenes of Meghan’s from her show [Suits]. And I would just listen to them on repeat,” Morton shared with ET’s Lauren Zima at the TV movie’s junket. “I’m a musician, I’m a singer, so it was almost like learning a song to find where her voice sits and the cadence, the rhythm of it. So, a lot of repetition, a lot of listening.”

Morton also found some unique footage from Suits to be particularly helpful.

“Even bloopers because there’s so little footage of Harry and Meghan being relaxed and not knowing there’s attention on them,” she explained. “So I wanted to find moments where she’s laughing or being herself or cracking a joke, so the blooper reels were really helpful.” 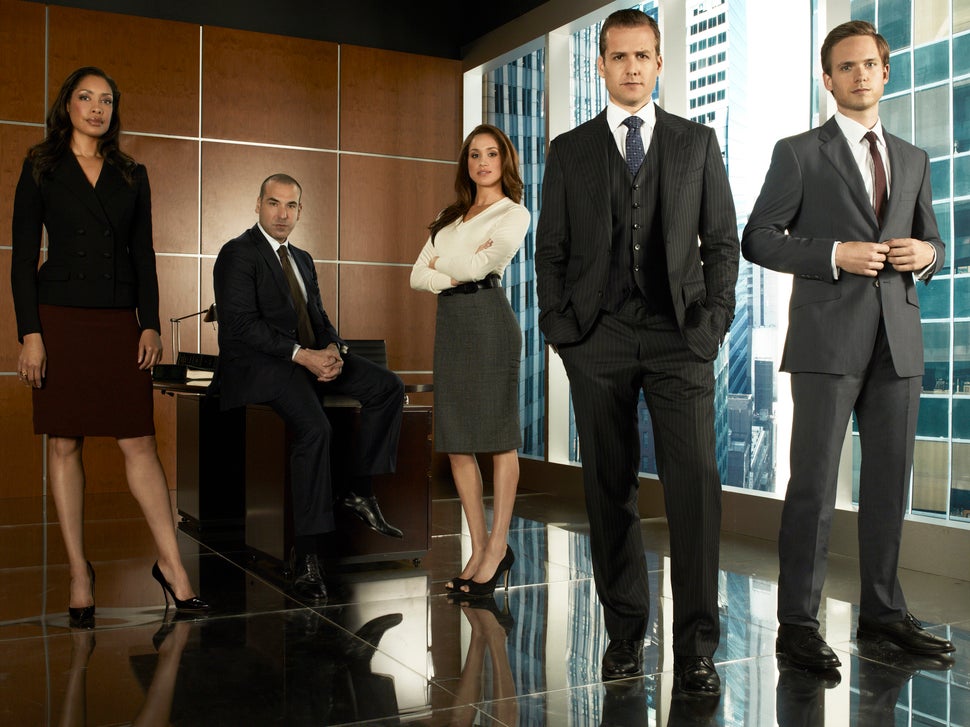 One big help in embodying the Duchess of Sussex is the fact that Morton knows some of the former Suits star’s closest friends.

Morton wanted to make sure she was respectful when handling the duchess’ story.

“I want to make sure that I do something that I can look her in the eye after and say, ‘I hope you’re happy with it,'” she told ET.

As for Dean, he is originally from New York, but he worked hard to take on the part of Prince Harry.

“There was a fair amount of work. We had a great accent coach,” he shared. “Our director, Menhaj [Huda], is also British so anytime there was a sound that didn’t quite hit his ear correctly, he was more than happy to make an adjustment.”

Part of Dean’s process in becoming the Duke of Sussex involved tuning out the opinions of others, even his own family.

“Blocking out a lot of that opinion of them was first and foremost for me,” he said. “I think it was key to not letting that impact my work and not judging him in any way or them in any way but taking the script and trying to put myself in those shoes… I think everyone has a take on it. And their take is completely separate and not my focus as an actor. So I think, really trying to almost stay in my lane and really serve the project.”

In some ways, the actor thinks taking on the part of the British royal has been part of his destiny.