It’s finally here. The Blacklist Season 9 Episode 1 premiered Thursday, Oct. 21. The new episode picked up two years after the events of the season 8 finale “Konets.” The FBI task force has disbanded and Reddington (James Spader) is hiding away in the wake of Liz’s (Megan Boone) death. An injured friend brings the task force back together to hunt down a new dangerous criminal. 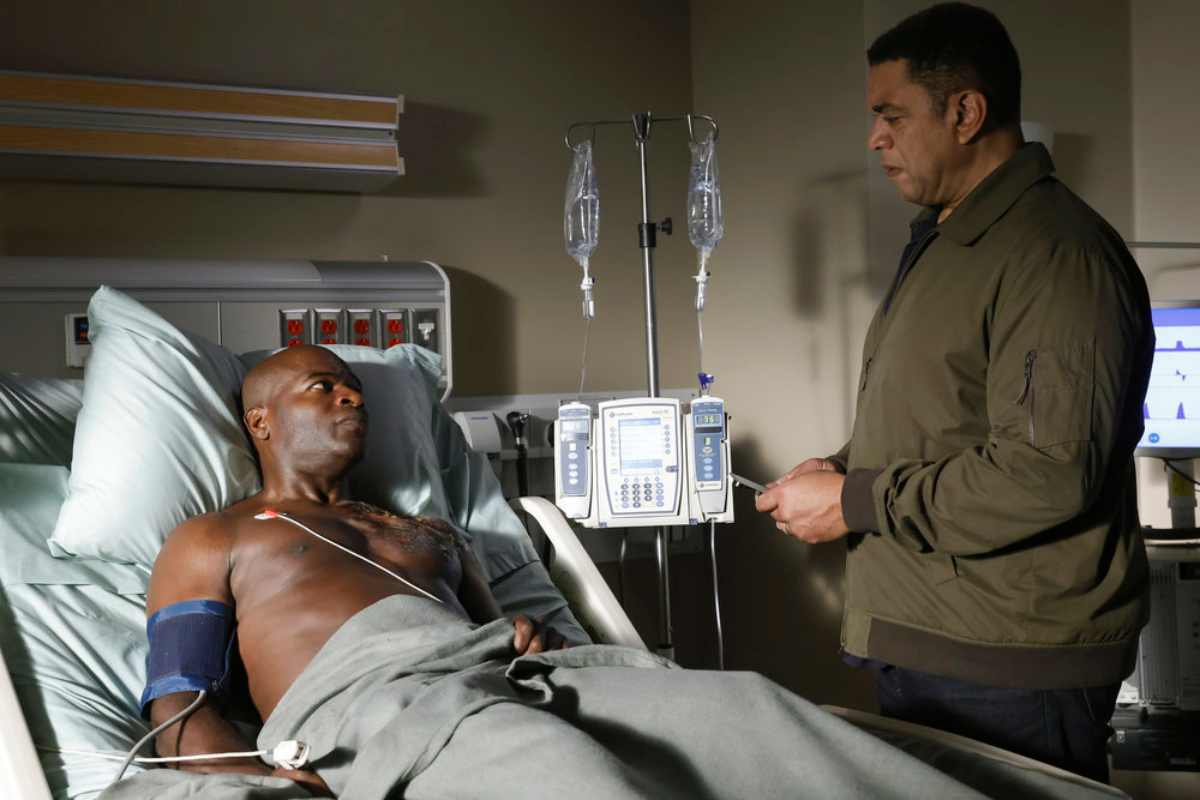 It’s two years after Liz’s death, and Dembe (Hisham Tawfiq) is now an FBI agent. While working a case, Dembe’s partner is killed and he suffers third-degree burns that land him in the hospital. This prompts a retired Cooper (Henry Lennix) to get the task force back together.

Aram and Alina are persuaded to join Cooper, but a bearded Ressler (Diego Klattenhoff) initially refuses. When Cooper finds him he is working under a car, having taken up work at his brother’s garage in the interim, the hosts of The Blacklist Exposed podcast presumed.

Cooper seeks out Red to help identify a new criminal

Cooper notices that Dembe’s assailants have mysterious tattoos, and of course, he needs Red’s help to identify them. He travels to Havana where after being drugged by a bartender and having an egg rubbed on his face, he is finally able to talk to Red.

The criminal mastermind has been hiding out with the Xui sisters. “Weecha (Diany Rodriguez) protects my body, Mierce (Karina Arroyave) my soul,” he tells Cooper. “I wouldn’t have survived the past two years if I hadn’t found them.”

Red reveals that the original “Skinner” led a group of criminals in the 15th century who burned people alive. When the old Skinner dies, a new one takes his place. “The Skinner is more myth than man,” Red tells Cooper. The current Skinner’s is trying to steal 800,000 of the world’s most advanced microchips.

Eventually, Red joins the team and kidnaps the Skinner’s predecessor, Vincent (Matt Malloy), who gives them the location of the current Skinner. Alina and Cooper are joined by Ressler as they head to New York to apprehend him. Unfortunately, the team is unable to stop the Skinner from kidnapping the chief tech officer for the microchip company.

At the end of The Blacklist Season 9, Episode 1, Ressler confronts Red for the first time in two years. He tells him that they must continue Liz’s legacy of hunting down criminals on the blacklist to honor her memory. The episode also revealed who is taking care of Agnes. Liz named Cooper Agnes’ guardian. He is not allowing Red to see Agnes, though Red watches her playing soccer from his car.

The episode’s end teased Ressler and Red working together to find criminals. It also seems unlikely that Red will respect Cooper’s wishes and stay away from Agnes for long.