The Great returns to Channel 4 tonight with its second episode and viewers will tune in to see the story of Catherine the Great (played by Elle Fanning) and Peter, Emperor of Russia (Nicholas Hoult) continue. The drama is jam-packed with sauciness and nudity but how was it for the two lead stars to act these scenes? Elle spoke about one part where Catherine and Peter were having sex and the crew had a duty to ensure a certain number of thrusts were caught on camera.

Sexual intimacy is a huge part of the show and the tone is very different depending on the scene.

When asked what some of the challenges were, Elle explained how the creators ensured everyone was “comfortable” and how there was “an intimacy coordinator that was on set whenever [they] had those scenes”.

Sex was a huge part of Catherine the Great’s life, Elle added: “She was notoriously kind of beyond her time in that way. She was very open and free and loved sex.”

Catherine got a lover in Leo and their sex is “more loving and passionate”. 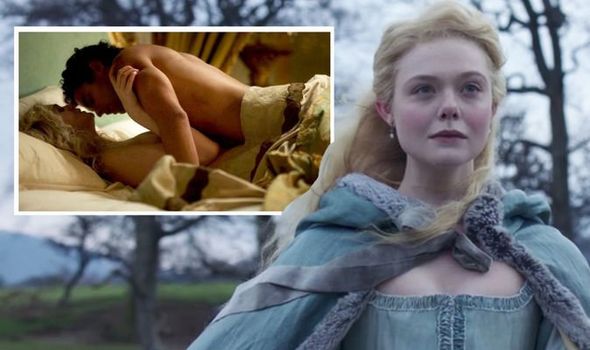 We will use your email address only for sending you newsletters. Please see our Privacy Notice for details of your data protection rights. Catherine The Great: Who was her husband? How did he really die?

“I think with Peter and Catherine, their scenes are just totally to get an heir. That’s it,” Elle remarked.

Despite the intimacy the two actors have to portray for the camera, Elle said she and Nick had a great time on set “laughing and trying to push each other’s buttons”.

“Nick has to say some very bizarre lines that most of the time I was biting a pillow laughing so hard,” she continued.

“But especially the scene where [they have to] count his thrusts to 100, that scene, we were dying.

“There’s a real wide shot where we had to kind of go through the motions because we’re way in the background and the other characters are talking. 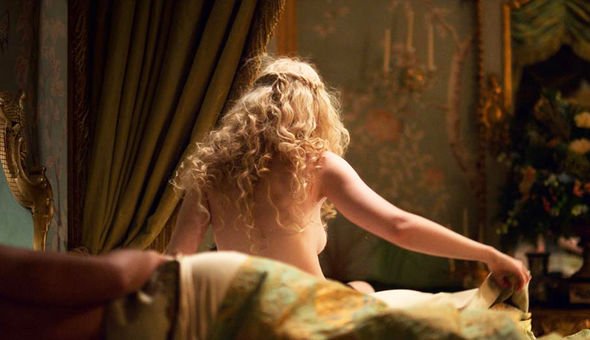 “And it was hard. We were just crying with laughter. Those days were actually quite enjoyable. They were funny,” Elle reminisced.

While the show is written by Tony McNamara, Elle is an Executive Producer.

When asked why this was the right project to jump into that role, Elle told Entertainment Weekly: “This wasn’t necessarily something that I went after to produce, the script kind of came to me.

“And it was a gift in that way because Tony had thought of me when thinking about doing the show.” 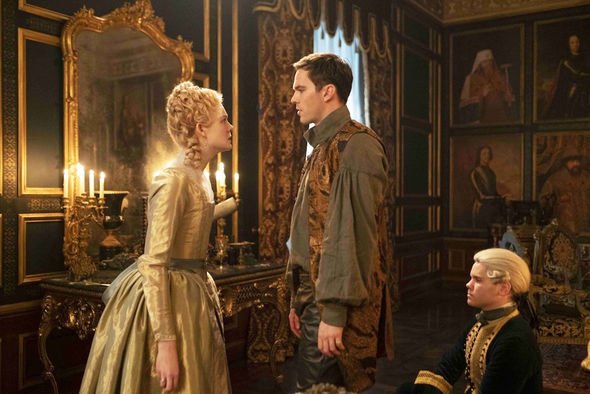 As as a producer, Elle had some leverage in what the show did.

“One thing in particular: We wear a lot of fur on the show, and I made a point that all of the furs are fake,” she commented.

“Fur is definitely a part of Russia, and I [Catherine the Great] have some really big coats and they look real, but they’re all fake.”

Tonight, Channel 4 viewers will tune into see Catherine take her first steps towards a coup.

She will attempt to seduce Count Orlo (Sacha Dhawan) in hopes of recruiting him to her cause.

Elsewhere, Peter receives Count Rostov (Abraham Popoola), who requests to keep his beard to hide his pustules, even though Peter has outlawed beards.

The Great airs on Channel 4 tonight at 9pm.

END_OF_DOCUMENT_TOKEN_TO_BE_REPLACED

END_OF_DOCUMENT_TOKEN_TO_BE_REPLACED
Recent Posts
We and our partners use cookies on this site to improve our service, perform analytics, personalize advertising, measure advertising performance, and remember website preferences.Ok