The Last Kingdom viewers were sad to see Uhtred’s (played by Alexander Dreymon) series come to an end on Netflix. However, they are excited for the highly-anticipated film, Seven Kings Must Die, which should focus on his days at Bebbanburg. An Express.co.uk theory suggests a new character will be introduced to threaten Aethelstan (Harry Gilby).

Filming has finished on Seven Kings Must Die and fans are keen to find out more about what to expect from the film.

The feature-length movie is understood to be based on Bernard Cornwell’s final novels, including War Lord.

Viewers should see Uhtred attempting to maintain peace after claiming back his homeland of Bebbanburg.

Further down the line, he will help Aethelstan take over his father Edward’s (Timothy Innes) role as King of Wessex and later, King of England.

However, in War Lord, Aethelstan comes across a new threat who may be introduced in the film. 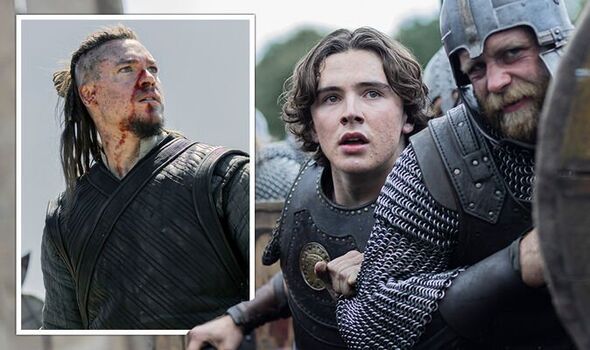 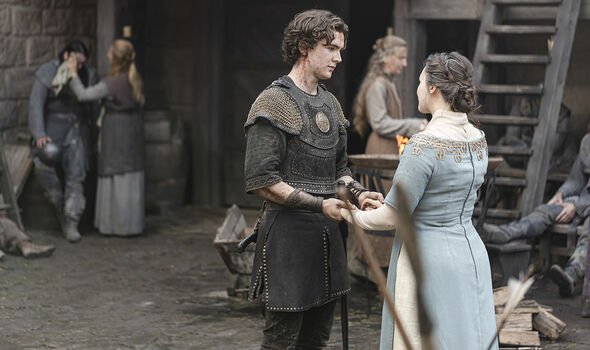 There is peace between realms for about three years before Anlaf, the most powerful Norse leader in Ireland, comes into the picture.

He joins the Scottish King Constantine (Rod Hallett), Owain of Strath Clota, and other leaders in invading Cumbria.

They end up challenging Aethelstan to a battle at a site they have chosen, seemingly giving them the advantage.

Uhtred once again uses his knowledge and experience to examine the chosen spot and advise his old protégé Aethelstan.

He realises it could be a win for either side as while it favours the invaders, it also makes their battle plan obvious. 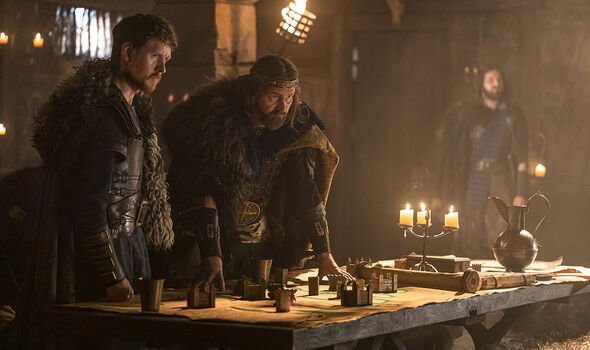 Aethelstan takes Uhtred’s advice and manages to defeat his enemies after a huge battle.

There is a high chance Anlaf will be introduced in the film as another obstacle for Aethelstan to overcome.

The emergence of another antagonist will demonstrate how being a leader is no easy feat as Aethelstan will have some difficult decisions to make.

Anlaf’s threat will also pave the way for Uhtred to prove himself loyal to Aethelstan once again, despite their previous differences.

He had always promised King Alfred (David Dawson) that his family would be kept safe and he has stayed true to his word. 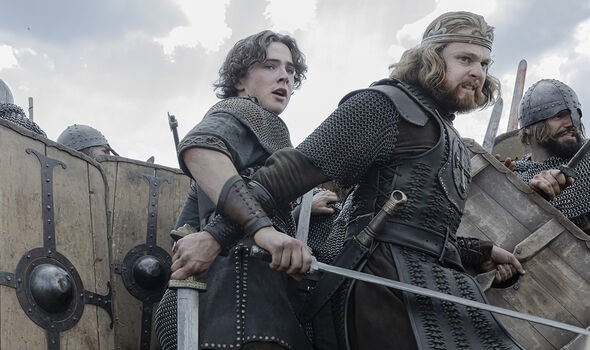 Anlaf was inspired by a real historical figure, also known as Olaf Guthfrithson.

He was an Irish Viking leader who ruled Dublin and Viking Northumbria in the 10th century and he did join forces with Constantine of Scotland in real life.

The pair attempted to reclaim Northumbria which his father had ruled briefly in 927, but they were indeed defeated by Aethelstan.

The battle was known as the Battle of Brunanburh and it took place in 937.

Olaf returned to Ireland after the battle but following Aethelstan’s death in 939, Olaf left for York where he established himself as king.

If Seven Kings Must Die includes the death of King Edward, Aethelstan will take over the role.

One of his challenges could be to defend his land from Anlaf, which is something he has very little experience in.

This would be where, once again, Uhtred would save the day as the show’s main protagonist by offering crucial guidance.

Aethelstan’s victory and gratitude towards Uhtred could hopefully be the thing that secures their friendship for many years to come.